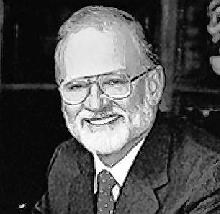 BORN
1932
DIED
2019
FUNERAL HOME
H.M. Patterson & Son-Spring Hill Chapel
1020 Spring Street NW
Atlanta, GA
HARTRAMPF, Jr., Carl Carl Roerig Hartrampf, Jr., (86) a sixth generation native of Atlanta died Thursday, June 20, at home with his family by his side.
A pioneer in reconstructive surgery, Dr. Hartrampf became world renowned for his advancements in using autogenous tissue for reconstruction after mastectomy, the TRAM flap. His numerous awards include: the American Cancer Society Distinguished Service Award for originating the TRAM flap.
Graduated in 1956 Medical College of Georgia with a Doctor of Medicine, he trained in general surgery at UNC Chapel Hill followed by plastic surgery training at Washington University (Barnes Hospital), St. Louis.
The Hartrampf Research fund is endowed at UNC, Chapel Hill to perpetuate innovation in surgical procedures, a passion of Carl's.
He and his wife Pat have shared their extensive collections of primitive tools, furniture, maps and books with UGA's Hargrett Rare Books Library, the Atlanta History Center and The Bascom Museum.
A beloved father and friend, he was a teacher, mentor, storyteller and gracious host; he will be missed by all.
Carl is survived by his wife Pat, Children: Valli Hartrampf Carter (David) of California, Carl Hartrampf III (Avery) of Atlanta and Havalyn Hartrampf Hensley (Joe) of Atlanta and brother, John A. Hartrampf.
Eight grandchildren: Havalyn Logan (Lilli) Arader Merritt (Alex), Anna Avery Hartrampf Young (Wes), Josephine Michelle Arader Delille (Thibaut), Walter Graham Arader IV, Carl Roerig Hartrampf IV(Nikki), Patricia Taylor Hensley, Augusta Caroline Arader, Ralph Elliott Twiggs Hensley (Anna) and four great grandchildren: Elise, Elliot, Michelle, Bernadette and numerous cousins, nieces and nephews.
In lieu of flowers, we invite you to make contributions to The Hartrampf Research Fund, http://uncmedicine.org/hartrampfmemorial, link below.
Visitation will be at HM Patterson and Son- Spring Hill, Atlanta GA July 14, 2-5pm.
Published by Atlanta Journal-Constitution on Jun. 23, 2019.
To plant trees in memory, please visit the Sympathy Store.
MEMORIAL EVENTS
Jul
14
Visitation
2:00p.m. - 5:00p.m.
H.M. Patterson & Son-Spring Hill Chapel
1020 Spring Street NW, Atlanta, GA
Funeral services provided by:
H.M. Patterson & Son-Spring Hill Chapel
MAKE A DONATION
MEMORIES & CONDOLENCES
Sponsored by H.M. Patterson & Son-Spring Hill Chapel.
20 Entries
I was Dr Carl's Care giver for about 6 months or so during his last few months with us. I remember his kindness more than anything. He said to me that he wished he would be around when I get old so that he could take care of me the way I had taken care of him. What a kind, polite, gentle and inspiring man. Rest In paradise Dr Carl ❤
Sherina Starks
Friend
September 27, 2019
Gene Bowen
August 30, 2019
After visiting with Carl in 1984 in Atlanta and viewing his outstanding work in breast reconstruction, I became so inspired that I devoted my 35 year experience as a Plastic Surgeon to emulating his contribution to the field. He was a giant in the field of Reconstructive Surgery and will be sorely missed. Please accept my condolences for your loss of such a great man and a outstanding mentor. Sincerely Joseph W. Rucker MD FACS
Joseph Rucker
July 16, 2019
So sorry to hear the news. What an incredible life Carl lived, helping so many people! Many prayers for Pat and all the family!

Jackie and Jimmy Cushman
July 12, 2019
Although I did not know Dr. Hartkrampf, I may be alive today because of him. I was diagnosed with breast cancer at age 42 and had a mastectomy and the reconstruction procedure, Dr. Hartkrampf pioneered: the TRAM flap (abbreviated for the trans-rectus abdominal muscle that is used for implant). It was a pioneering procedure because a woman's own body is used for the implant: no saline, no silicone and much better cosmetic outcomes. My father, age 85, is also a retired surgeon and thanks to men like them who were dedicated to their patients and experimenting with new procedures, many of these patients enjoyed many more years of healthy life. My condolences to the Hartkrampf family but know that Dr. Carl's legacy lives on in many, many grateful women.
Nancy Wagner
July 6, 2019
Dear Family and Friends . I'm so very sorry for your Precious loss. May your memories always bring smiles to your faces & comfort & joy to your hearts. May the God Comfort and help you through this difficult time. Isaiah 61:1,2. Please accept my sincere condolences
July 2, 2019
To the Family of Carl Hartrampf. Very sorry for your loss. We are told at times such as these to Rejoice with those who rejoice; weep with those who weep. Romans 12:15; JF
June 30, 2019
Family and friends of Dr. Hartrampf, you have my deepest sympathy on his passing. He lived a full and joyous life. With confidence that the promise at Hoses 13:14 will be fulfilled, we look forward to the day when Carl will again enjoy teaching, telling stories and being a good host to family and friends.
June 30, 2019
We are so very sorry to hear of your loss! May all of you find peace and comfort in the beautiful memories that you've shared with a life well lived! Please take care.
John 6:40
June 29, 2019
I was blessed to spend six amazing months with Dr. Hartrampf in 1989. He was the most impactful mentor in my life because of his innovative methodical thinking, his precise 3-D approach to breast reconstruction, his subtle humor, his gentle and kind approach to his patients and his Breast fellows, and his incredible generosity to share his vision with all. God bless Pat, their beautiful children and grandchildren. Carl will be missed but never forgotten. Hugs to all
Laurie Caasas
June 29, 2019
Very few surgeons in any field have the opportunity, skill, and genius to innovate procedures that spawn an entire branch of the specialty and help countless patients. Dr. Hartrampf's amazing recognition and perfection of autogenous breast reconstruction was not only a phenomenon in itself, but inspired other surgeons to develop additional methods using the patient's own tissues for reconstruction. Through all of it, he remained a humble man, genuine to his friends and devoted to his patients. His photo hangs on my office wall with an encouraging note that he wrote many years ago. He will always remain an example to me and to many others of what an innovative and humanistic surgeon should be. Charlotte and I will always miss him.
Mark Constantian
June 26, 2019
Carl and Avery- my thoughts and prayers are with you all.. The Pearle
Earle Shivers
June 25, 2019
My husband, Dr. Mark Constantian, and I send our heart-felt condolences to Pat and the family. We were very sad to hear this sad news. Dr. Hartrampf was a special friend and colleague for many years, and we always loved seeing him and his lovely wife, Pat, at a plastic surgery meeting. Dr. Hartrampf was a talented and skilled surgeon and was a wonderful educator and teacher to all who knew him. He will most definitely be missed.
Charlotte and Mark Constantian, Nashua, NH
June 25, 2019
A gentleman and an extraordinary teacher. He contributed tremendously toward my surgical education. I will remember him as a compassionate and warm fellow colleague. Dr. Hartrampt served as a role model for plastic surgeons everywhere. Rest In Peace and thank you again for all you gave to your fellow plastic surgeons and patients.
Tom Zaydon
June 25, 2019
We were good buddies when we were young boys out on his fathers farm in Smyrna.
Sincere Condolences.
Cliff Johnson
June 24, 2019
This man will forever hold a special place in my heart! He was so smart and just as nice. I first "met" him when I was only a few weeks old and let's just say...I would not have the life I have now if not for him and his amazing talent. He will surely be missed by so many. Prayers for peace for the family. God bless!
Janice Stargel Fox
June 24, 2019
What a wonderful teacher and friend. He will surely be missed. Thinking of you Pat. Barry Bishop
Barry Bishop
June 23, 2019
Rest In Peace Dr Hartrampf, and God bless family with peace and beautiful memories.
Such a wonderful man who contributed so much has lived a beautiful life and will be remembered forever by everyone he touched. ❤
Anne Cease
June 23, 2019
Chris von Gal
June 23, 2019
Sorry for your loss. May God give your family peace and comfort during this difficult time.
Roman 15:30
June 21, 2019
Showing 1 - 20 of 20 results