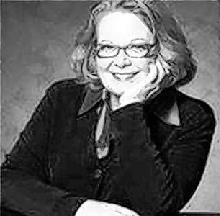 BORN
1949
DIED
2019
DUCHON, Deborah Anne Deborah Anne Duchon died Oct. 14, 2019 from complications from Glioblastoma, an aggressive brain cancer. Deb was born June 24, 1949 in Covington, Kentucky as the first child of Karman and Edna Duchon. She grew up in Cleveland, Ohio where both her parents were born, graduating from Ohio University in 1971, and moved to Georgia becoming a sales representative for Xerox. She married Paul Tamaroff in 1988 and they started their own company Attorneys' Personal Services. She earned a Master degree in Anthropology from Georgia State University and did important educational work in instructing emergency workers including police and first responders in cross cultural communication, and food related nutritional guidance. Two key passions were plants and cooking, and although she dabbled in both separately, she also combined them in her interest in wild edible plants. She first was attracted to wild edible plants while at Ohio University, and continued her studies after moving to Georgia. She taught many people about wild edible plants over the years. Her interest in cultural anthropology with respect to cooking also resulted in her becoming a television personality on the Food Channel show "Good Eats", hosted by Alton Brown. She also organized a group on food and cooking that included many chefs and people interested in the origin of foods. She is survived by her husband Paul Tamaroff, brother Kip Duchon of Decatur, Georgia and sister Laurie Duchon of Fairfax County, Virginia. People who would like to make a tribute to her, send a donation to the "Woodlands Garden of Decatur", www.woodlandsgarden.org.
To plant trees in memory, please visit our Sympathy Store.
Published by Atlanta Journal-Constitution on Oct. 20, 2019.
MEMORIAL EVENTS
No memorial events are currently scheduled.
To offer your sympathy during this difficult time, you can now have memorial trees planted in a National Forest in memory of your loved one.
MAKE A DONATION
MEMORIES & CONDOLENCES
0 Entries
Be the first to post a memory or condolences.