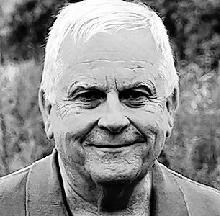 Donald Earl Manning, M.D., 75, of Eatonton, GA, passed away unexpectedly at his home on Aug. 1, 2021, after a very brief illness. His distinguished career included professorships at several universities, including the Medical University of South Carolina, Emory University, Medical College of Georgia and Mercer University. He was chief medical officer of healthcare systems in the Philadelphia area and Omaha and later became Medical Director for the Georgia Department of Behavioral Health and Developmental Disabilities. Most recently, he created the psychiatry residency program at Coliseum Hospital in Macon, GA. In his later years, he began doing locum tenens psychiatry work in various locations in Georgia and Pennsylvania.

Don was born Dec. 24, 1945, in Bluefield, WV, to the late Earl Blaine Manning and the late Regina Wolfe Manning. After a childhood in various towns in Alabama, North Carolina and Tennessee, his family settled in South Carolina. Don graduated from Duke University and went on to earn his MD degree from the Medical University of South Carolina. He completed a residency in psychiatry at MUSC and was board certified in psychiatry, with additional specialization in geriatrics. He also earned an MBA from California Coast University and a Master of Medical Management from Tulane University. Don went on to a varied career in academia, medical management, health insurance and patient care. Don was also very active in community and professional organizations. For the past eight years, he served on the board of directors (and as chairman for the past year) of Odyssey Family Counseling Center in College Park, Ga. He was also a past president of the Georgia Psychiatric Physicians Association and was an examiner for the National Board of Psychiatry for many years. During his years in Atlanta, he served on the boards of Project Interconnections and Phoenix House. He was a Distinguished Life Fellow of the American Psychiatric Association and an Emeritus Fellow of the American College of Psychiatry.

Don is survived by his wife of 52 years, Agnes Thompson Manning of Eatonton; daughter Jennifer Diane Manning of Atlanta; son Donald Mark Manning (Berenice) of Atlanta; three grandchildren, Andrew Thomas Winsberg, Daniel Mark Manning and Sofia Isabel Manning, all of Atlanta; and a nephew, two nieces and one cousin. He is also survived by his canine "daughter" Pippa. Don was preceded in death by his parents, his brother James Bryan Manning and his sister Diane Manning Martin.

Don was caring, adventurous, curious, dependable and fun. He had a joie de vivre and was always on the go. An avid traveler, he enjoyed culture, history and food from all over the world. He visited all 50 states, over 85 countries and all seven continents. He loved gourmet cooking, and his lasagna, sourdough blueberry pancakes, waffles and scallop mousse topped with a lobster butter sauce were legendary. He enjoyed classical music, sailing, scuba diving and snow skiing. He was the life of every party, entertaining guests with his humor, wit and hilarious stories.

Most of all, Don loved his family. Nothing pleased him more than to have his children, grandchildren and friends visit their home on Lake Sinclair. He was so proud of his children's accomplishments and was looking forward to seeing his grandchildren grow up. He was the most loving, kind and supportive husband, father and grandfather a family could ask for.

In lieu of flowers, memorial contributions can be made to Odyssey Family Counseling Center, www.odysseycounseling.org/donate-now or Noah's Ark Animal Sanctuary in Locust Grove, GA, https://donatenow.networkforgood.org/noahsark?code=2015websitedonation.

Williams Funeral Home-Eatonton,706-485-3303.
Published by Atlanta Journal-Constitution on Aug. 5, 2021.
To plant trees in memory, please visit the Sympathy Store.
MEMORIAL EVENTS
Aug
8
Memorial service
3:00p.m.
The Cathedral of St. Philip
2744 Peachtree Rd, Atlanta, GA
Funeral services provided by:
Williams Funeral Home - Eatonton
MAKE A DONATION
MEMORIES & CONDOLENCES
Sponsored by Williams Funeral Home - Eatonton.
2 Entries
Agnes, I´m so sorry to hear of Don´s passing. He was a great guy and a loss for many. I hope you are managing. Marty
Marty Kommor
August 12, 2021
Dr. Manning was a charismatic and knowledgeable leader in the mental health community in Georgia. He was the Medical Director of the Georgia Department of Behavioral Health & Developmental Disabilities during some of the Department's most challenging times. Due to his direct leadership, none of the state psychiatric hospitals ever failed a Joint Commission inspection while he was the state Medical Director. When I was a psychiatric resident at Emory University, I personally benefited from his teaching and mentorship. He continued that mentorship well into my professional life. If not for Dr. Manning's guidance, I would not have the career progression that I am honored to have today. He will be missed both professionally and personally. On behalf of the Georgia Department of Behavioral Health and Developmental Disabilities, I would like to express the Department's deepest sympathies to his wife Agnes and his entire family. SIncerely, Emile Risby, MD, JM Medical Director Georgia Department of Behavioral Health & Developmental Disabilities.
Emile D Risby
Work
August 6, 2021
Showing 1 - 2 of 2 results