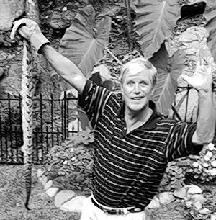 Dudley Bryan Bachler better known as "Burr" age 66 passed away unexpectedly on January 28, 2021 from complications associated with coronary heart disease. He was predeceased in death by his parents Mary Jane and Dudley Bachler of Atlanta. He is survived by his wife of 45 years, Leslie Garges; his sons Bryan (Brittany) and Daniel; grandchildren Dylan and Madison; sisters Gay Kallao and Jan (Abner) Simonton.

A native Atlantan, Burr was a graduate of Woodward Academy and Georgia Southern University where he represented both schools on their gymnastics team.

Burr was a carefree, southern gentleman whose curiosity led him off the beaten paths. Always the storyteller, he would muse the wonders of growing up in a much smaller city of Atlanta. He loved the outdoors which eventually led to playing many rounds on the golf course, boating at Lake Arrowhead, propagating seeds for his garden and cooking out over the grill and under the stars. Placed in their competent hands, publishing Grier's Almanac was the quintessential occupation for Burr and Leslie. Distributed throughout the south since 1807, Grier's focused on farming, gardening, fishing information, and so much more.

In lieu of flowers, contributions may be made to The Homeless Veterans Program at 160 McClure Street Canton, GA, 30114.

A private memorial is planned later in the year.
Published by Atlanta Journal-Constitution from Jan. 31 to Feb. 7, 2021.
To plant trees in memory, please visit our Sympathy Store.
MEMORIAL EVENTS
To offer your sympathy during this difficult time, you can now have memorial trees planted in a National Forest in memory of your loved one.
Funeral services provided by:
H.M. Patterson & Son-Oglethorpe Hill Chapel
MAKE A DONATION
MEMORIES & CONDOLENCES
Sponsored by H.M. Patterson & Son-Oglethorpe Hill Chapel.
2 Entries
Burr was my friend at Birney Elementary School and an athlete who could walk on his hands down the railing of the stairs. I’ll never forget his friendly smile and friendship. I’m sorry to hear of his passing. My friend Bill Lathem let me know. God Bless his family. I see another childhood friend, Mac Bailey has left his condolences. We all had a wonderful childhood. Great memories.
Bill Crosby
Classmate
February 16, 2021
We are so sad to hear of Burr’s passing. He was too young and it was too soon.
Gay and family, Jan and family and Leslie and family please know that you are in our thoughts and prayers.
He was such a wonderful person and Mac and I feel blessed to have known and played with him when Atlanta was a smaller city. Both neighborhoods we grew up in was a treasure of life at that time.
Merri Roberts Bailey and Mac Bailey
Merri Bailey
Friend
February 9, 2021
Showing 1 - 2 of 2 results