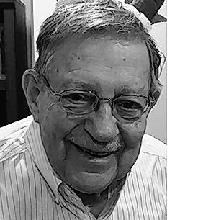 Reverend Dr. Eugene (Gene) Barclay Norris passed away November 20, 2021, at age 91, in Minneapolis, MN. Gene was born January 29, 1930 to James Henry and Dorothy Barclay Norris. His early years were spent in Mobile and Birmingham, Alabama. Gene received a B.S. in Chemical Engineering from Georgia Tech in 1952. At Tech, he was in ROTC and a member of Sigma Delta Psi, an honorary athletic society, the journalism honorary society, and the Phi Delta Theta Fraternity.

In October 1952, Gene met Bev, the love of his life, while stationed at Ft. Bragg. Bev was studying at Duke University at the time and by December, they were "smitten". A courtship by letter ensued while Gene was stationed in Korea and later while working for Southern Natural Gas in Birmingham, AL. They married in 1955 in Atlanta, GA and raised three daughters, Becca, Laura and Lydia. Gene and Bev had many memorable years living in Chattanooga, TN and Augusta, GA before moving to be near family members in Minnesota in 2018.

Gene served in the Korean War as a U.S. Army line officer in the Chemical Corps. After active duty in Korea and working as an engineer, Gene pursued a different path and earned a degree from Columbia Theological Seminary. He served as a Presbyterian minister for churches in Tennessee and Georgia through 1985. In 1976, Gene earned a Doctor of Ministry (DMin) degree from Columbia Seminary. His career later shifted to being a hospital chaplain and marriage and family therapist until he retired in 2000.

Gene's military career spanned many decades, retiring with the rank of Colonel. After Korea, he transferred his commission as an Army line officer to the Chaplain Corps. For 32 years, he served as a chaplain in the US Army Reserve and National Guard and retired as the Staff Chaplain of the 81st U.S. Army Reserve Command.

Aside from his active career, Gene found joy in other pursuits as well. He was quite a chef, and appreciated fine cuisine. Golf was a lifelong interest, topped by memories of playing at Augusta National and volunteering at the Masters tournament for many years. He also treasured being Papa Gene to his six grandchildren.

One of Gene's lasting legacies will be his writing, both cherished writings to family members and the countless religious columns published in two newspapers. For over 25 years, Gene wrote a weekly column for the Chattanooga Times and Augusta Chronical newspapers. He continued to write a monthly column for the Augusta Chronical until this past year.

Gene was predeceased by his wife, Beverly Rowlain Norris. He is survived by daughters Becca (Lynn Moline) Norris, Edina, MN; Laura (Norm) Engebreth, Doylestown PA; Lydia Breer, Winder GA; and grandchildren Evan Engebreth, Neil Engebreth, Claire Engebreth, Aaron Cabaniss, Benjamin Breer, and Lydia (Lidy) Breer. A memorial service will be held in Minneapolis in January. In the Spring, ashes for Gene and Bev will be placed in the Columbarium at Reid Memorial Presbyterian Church in Augusta, GA. Memorials gifts can be given to Reid Memorial Presbyterian Church in Augusta, GA, Plymouth Congregational Church in Minneapolis, MN or a charity of the donor's choice.

Published by Atlanta Journal-Constitution on Dec. 5, 2021.
To plant trees in memory, please visit the Sympathy Store.
MEMORIAL EVENTS
To offer your sympathy during this difficult time, you can now have memorial trees planted in a National Forest in memory of your loved one.
MAKE A DONATION
Please consider a donation as requested by the family.
MEMORIES & CONDOLENCES
1 Entry
Rev. Norris was willing to marry us when the Bapist pastor we had lined up cancelled 2 weeks before the wedding. Rev. Norris did a wonderful job conducting the wedding. He was a very kind and gracious person. RIP.
Jan W Davis
Friend
December 6, 2021
Showing 1 - 1 of 1 results