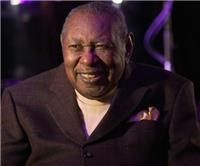 Jazz great Freddy Cole, the younger brother of Nat "King" Cole who built his own reputation as a pianist and vocalist, died Saturday. He was 88.

The cause was complications from a cardiovascular ailment, his manager, Suzi Reynolds, told The Washington Post.

Freddy Cole, an Atlanta resident, long performed in the shadow of his famous brother – a towering figure in jazz and popular music. But he earned plaudits of his own – including Grammy nominations – during a decades-long career playing traditional jazz, swing and the blues. Most recently, he was nominated last year for best jazz vocal album for "My Mood Is You."

Read more about Freddy Cole on ajc.com
Published by Atlanta Journal-Constitution on Jun. 28, 2020.
MEMORIAL EVENTS
MAKE A DONATION
MEMORIES & CONDOLENCES
50 Entries
I love this man. Great talent who sang a song like he was singing director to you. I will greatly miss seeing him perform in person. He is now wooing the angels with his beautiful voice.
Connie Cumberworth
Acquaintance
October 24, 2020
I have collected all of his albums and will continue to enjoy them forever.
ERNESTINE CARTER
Friend
August 31, 2020
Friends and neighbors from B'klyn N.Y. Followed all concerts of Freddy. Truly will be missed. "RIP" Freddy.
Arliss & Jean Pack
Friend
July 21, 2020
He was so smooth he always had a smile on his face.
I'm blessed to have seen him in person at Piedmont park.
Medaline Burzachiello
Friend
July 14, 2020
God bless you, Lionel and Crystal, as you remember your dad, Freddy! I was a friend of your mom, Margaret, and did not know she transitioned in 2015. We were neighbors at Fairfield Timeshare Condominiums. You have my sympathy and love. I lost touch when I moved. I was Pat Barksdale back in the day! Love never fails!
Pat Wilson
Friend
July 9, 2020
A life well lived, his music will be enjoyed forever. A great duo is now in heaven, Freddy and Nat...sing on!
Myles Michael Stempin
Friend
July 7, 2020
Rest easy my friend. Thanks for teaching me.
Sidney Sessoms
Friend
July 6, 2020
Thanks for the beautiful music and singing.
You were one of the best musicians/ singer.
Enjoy heaven and keep playing and singing.
Geneva Freeport New York
Geneva Freeport new york
Friend
July 6, 2020 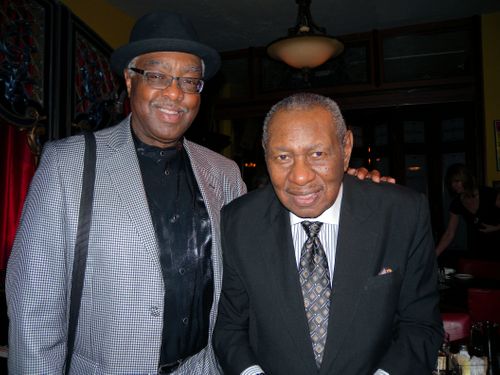 I had the privilege to spend an hour talking with Mr. Cole. He insisted on being called Freddy. But his being from royalty made it uncomfortable for me to do that. He was a most gracious, kind and humble person. When he was singing on stage it felt like he was talking with you. Like so many others, he left a lasting gift with me.
Stan Miller
Friend
July 3, 2020
Thank you Freddy for your beautiful voice and music. But most of all for how you made me feel in your presence. I'll always remember the dinner with cousin Love in the beautiful Italian RESTAURANT...I know you will create beautiful sounds In heaven with your brother. May you rest in heavenly peace. Love you!
Alicia Starr
Friend
July 2, 2020
Freddy Cole's rendition of The Windmills of your Mind was one of my favorite songs. I had the pleasure of meeting him about 2 years ago, when he visited my church. When I told him how much I enjoyed his singing he thanked me and was very gracious and kind with a twinkle in his eye. He will be missed. My condolences to his family.
Pamela Hollinshead
Acquaintance
July 1, 2020
Freddy, you were a wonderful jazz performer, who covered many aspects of music in general, creating many special moments for grateful and attentive audiences. I remember vividly, your live and class-act performances at the Paschal"s La Carousel, many years ago! May God bless you and your family.
Juanita Anderson
Acquaintance
July 1, 2020
I was never able to see Freddy perform in person but loved and admired his accomplished jazz singing and piano skills. Recalling one of his album 'The Cole Nobody Knows" well today, the whole world knows and pays respect to the gentle giant Freddy Cole. Take your crown and rest well in heaven among the other great Jazz players.
Kenny Breeze/Talking Jazz/South Florida
Acquaintance
July 1, 2020
Simply the best singer ever.

So pleased to have been friends. We'll really miss him. 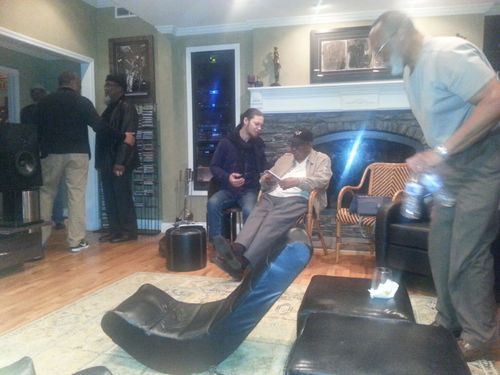 As a past member of an intimate club of traditional jazz aficionados who met in one another's homes, Mr. Cole would occasionally drop in for several hours with us...A humble, approachable man, is aura would always make the evening more special...As Clark Terry would say, "Keep On Keepin' On" Freddy.
John C. Crawford, II
Acquaintance
June 29, 2020
So many great memories from Irridium, Birdland and Lincoln Center in NYC as well as catching Freddie in places like Boston over the years. May he rest in eternal peace, a true artist who perpetuated part of the American Songbook...and did so with style and grace. We are playing his albums around the clock. Farewell, old man.
John D. O'Keefe
Friend
June 29, 2020
My condolences
Lamont Simmons
June 29, 2020 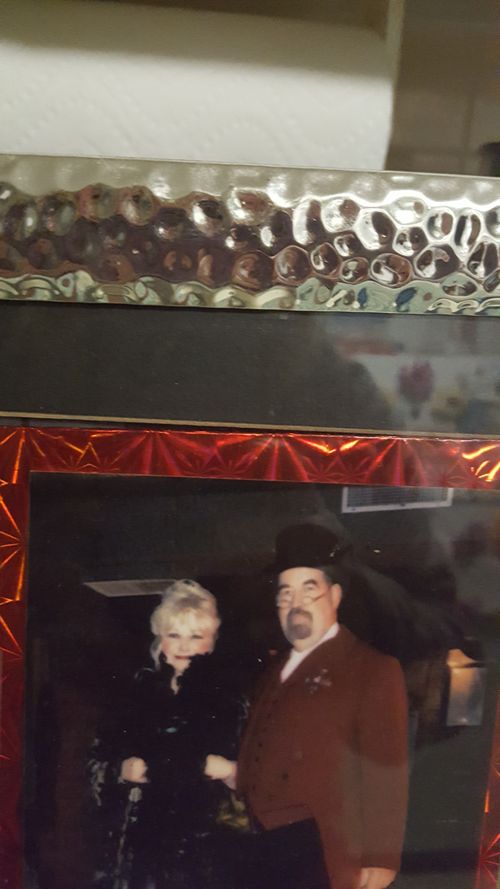 I so enjoyed having him perform for his Birthdays at Paris on Ponce!
His voice and piano playing were superb!
I know he is playing and crooning wherever he is! Play on!
Judi and George(Dec.) Lee
Former Paris on Ponce owners
Judith Lee
Friend
June 29, 2020
Thanks for playing at Just Jazz back in the 90s. I was the sound tech and Mr. Cole was a true gentleman. It was an unforgettable experience. Rest in Heaven.❤
Julian Wright
Acquaintance
June 29, 2020
Great musician and inspiration
Mark Messing
Student
June 29, 2020
Because of you, there's a song in my heart...
Thank you for the AMAZING music!
Rest well Sir.
Terescah Lemon
June 29, 2020
Freddy was a wonderful artist and human being. My wife Kris and I had the pleasure of hearing him perform a handful of times during the last decade here at home and abroad. His music touched us deeply, and he'll be missed.
Adam Gilleland
June 29, 2020
May God bless you and your family in this time of sorrow.
AKS
June 29, 2020
I saw Freddie at the Barranquijazz Festival in Colombia several years ago, and he was amazing. I got to spend some time with him at a reception. A gentleman, fabulous singer, and fine pianist. One of a kind.
Mark Holston
Acquaintance
June 28, 2020
Im so saddened by Freddies passing. He will be missed by all in the jazz community. I treasure the times I got to hear him play and sing
Mary Jo Strickland
Friend
June 28, 2020
Such sad news. Thoughts and prayers for the Cole family. A pleasure to hear Freddie play, and sing, at Jazz Forum Arts in Tarrytown, NY and at Birdland NYC. Christmas night 2018...coffee and dessert...late night set...Freddie Cole...what a memory. It doesn't get better. Thank You Freddie.
Rich Mellor, Jr.
Friend
June 28, 2020
Rest In Peace
bflaggs
June 28, 2020
Because of you, theres a song in my heart...
Thank you for the AMAZING music.
Rest well Sir.
Tess Lemon
June 28, 2020
Thank You for the great music...! God's Speed RIP : (
William (Jeff) Johnson
June 28, 2020
Heard Freddie at the King of France Tavern , in Annapolis Md, during the mid 70s. He was a very special musician with a great sound and energy. He will be missed.
Bill Selway
Friend
June 28, 2020
Such a great talent and a good easy going guy. I've loved his music it seems forever. Bless you, thank you, you will be missed.
Roz Morgan
June 28, 2020
Thanks for the wonderful performances you provided to me and many other fans. I will cherish them forever. Praying for GOD'S comfort to the family.
Joseph A. Hambrite
Friend
June 28, 2020
A true artist and gentleman.His voice and piano exuded warmth in the best possible way.I'll always treasure seeing Freddy and his trip at the Cape May,NJ jazz festival some years ago.
Ross Greg
June 28, 2020
My college friend Audrey, and I found each other again-- in professional days--in DC in the early 90's. Though only in our late 20's, our dads had schooled us well, and we jumped at the chance to see this jazz great (each of us, I think, grateful to have a friend who "got" the gift). The warm, wonderful show Mr. Cole delivered-- and that heady night with my friend-- I'll never forget.
Sally Sherman
Friend
June 28, 2020
I loved Freddie Cole and his wonderful, deep, gravely voice and great piano. What a sad loss for the jazz world!
Mary Colton
June 28, 2020
I have so many fond memories of him on the Jazz Cruise, both his performances and the fun conversations on the deck. Im sure going to miss him. Legendary!
Yvette
Friend
June 28, 2020
RIP. A life well lived and major footprints to fill.

Joyce
June 28, 2020
I had the great pleasure of seeing Mr. Cole a few times in concert, of playing his records on the radio on several stations and had the honor of interviewing him on air in 2014.

I was saddened greatly to hear about his passing today and
our deepest condolences go to his family.
Rich Keith (Pure Jazz Radio)
Acquaintance
June 28, 2020
May the love of friends and family carry you through your grief.
Tyrone Nyass
Friend
June 28, 2020
Certainly coming from great lineage this wonderful musician and artist carved out his own unique style and brand.
RIP FREDDY COLE
Jai
June 28, 2020
Rest in Peace my Beautiful Friend. Just Playing your New Duet with Deborah Silver That Old Black Magic .. WorldWide on LegendsRadio.com. From 100.3 FM Palm Beach .. Thanks to Your Countless Albums. Your Wonderful Music Will Live On. ❤Dick Robinson
Dick Robinson
Friend
June 28, 2020
My first husband and I moved to the Atlanta area in 1974 and stumbled across Mr. Cole playing in a lounge. We returned many times thereafter. We loved his music, his smile and voice and was so friendly to any who were there. My condolences to this lovely man's family and friends.
Betty Hyde
Acquaintance
June 28, 2020
Your personality was one of clear distinction.....great meeting you.
Kent Farmer
Friend
June 28, 2020
Showing 1 - 50 of 50 results