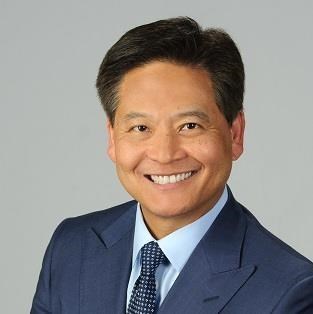 Born in Gangneung, South Korea on January 25, 1966, Han immigrated as a toddler with his parents eventually settling in Little Rock, Arkansas. After graduating salutatorian of Little Rock's John L. McClellan High School in 1984, Han attended Northwestern University in Evanston, Illinois where he graduated with honors as a religion major in 1988. His passion for improving the lives of others steered him toward a career in government service. Shortly after graduating, Han joined the staff of then-Governor Bill Clinton. Han accompanied Clinton on his travels throughout Arkansas, eventually becoming a policy advisor to the Governor.

On Governor Clinton's urging, Han attended law school. After graduating from Emory University School of Law with honors in 1993, he joined the public and corporate finance practice group of King & Spalding in Atlanta. During his time there he became smitten with Catherine Abrams, a young registered nurse working at the Grady Infectious Disease Program, whom he married on May 17, 1997.

Han was a successful attorney, widely known and respected by his peers throughout the United States and South Korea. Recognized as a trailblazer, Han became one of the first Asian-American partners in a large law firm. Ultimately, he became one of the first Asian-American office managing partners of an American Lawyer top 100 law firm, Ballard Spahr, a firm about which he cared deeply and where he continued to work until his final days.

Beyond his clients, Han channeled his seemingly boundless energy serving his community, volunteering for several non-profit organizations, including serving on the boards of the Korean American Bar Association of Georgia (which he helped found), the International Association of Korean Lawyers, the Georgia Center for Nonprofits (former chair), the Atlanta Volunteer Lawyers Foundation (former chair), the Decatur Education Foundation, and the Board of Governors of the State Bar of Georgia. He completed many hours of pro bono work for the International Women's House where Catherine served on the board. Han was a member of North Avenue Presbyterian Church where he served as a deacon and on the Endowment Committee.

Han's broad grin, spontaneous laugh, and everlasting optimism were infectious. Han shared his extraordinary zest for life with others to the fullest. He enjoyed running, golfing, traveling, and crossword puzzles. A War Eagle through marriage, Han wholeheartedly cheered on the Auburn Tigers.

Han is survived by his wife Catherine Abrams and their three children, Christopher, David and Hannah. He is also survived by his parents, Tom and Susie Choi, his sister Angie Choi, and his in-laws, Aubray and Judy Abrams.

A celebration of Han's life will be held on Sunday, April 15th at 3:00 PM at First Presbyterian Church of Atlanta, 1328 Peachtree St NW, Atlanta. In lieu of flowers, the family has asked that donations be made to either the NAPABA Law Foundation's Han C. Choi Annual Scholarship Fund (visit www.napabalawfoundation.org/foundation-scholarships) or the Decatur Education Foundation's Han C. Choi Memorial Scholarship (visit www.decatureducationfoundation.org).

Published by Atlanta Journal-Constitution from Apr. 11 to Apr. 12, 2018.
To plant trees in memory, please visit the Sympathy Store.
MEMORIAL EVENTS
Apr
15
Celebration of Life
3:00p.m.
First Presbyterian Church of Atlanta
1328 Peachtree St NW, Atlanta, GA
Funeral services provided by:
A.S. Turner & Sons Funeral Home & Crematory
MAKE A DONATION
MEMORIES & CONDOLENCES
Sponsored by A.S. Turner & Sons Funeral Home & Crematory.
6 Entries
My heart is so heavy after learning the terribly sad news about my longtime friend Han...he and I had been friends since our days at Northwestern University, and we reconnected over the years while in Atlanta.

Such a bright spirit...so genuine and thoughtful. Han, you will be sorely missed by so many. May the Lord grant you eternal peace and give comfort & strength to your family and friends.
Michele Cacdac-Jones
Friend
April 16, 2018
My thoughts and prayers are with the family and friends in your hour of grief. May you find peace and comfort in the God of all comfort. Matt 5:4.
White Atl.
April 12, 2018
My sincere condolences ,may you find comfort in the God of all comfort,during this difficult time.
April 11, 2018
I'm so sorry to hear of Han's passing. He was a dear man and wonderful mentor to me. I fondly recall laughing at work with Han - he believed in my abilities, challenged me, and taught me. He was so proud of his lovely family and spoke of them often. I hope your own memories will sustain you in this time of loss.
Kelly Waits
April 11, 2018
As the days and weeks pass, and as you return to life's routine, may you continue to feel comforted by the love and support of family and friends.
April 10, 2018
Our condolences to the family. May God fulfill his promise of binding up the brokenhearted. Isa 61:1
April 9, 2018
Showing 1 - 6 of 6 results