McCAMISH, Jr., Henry HENRY FRANKLIN MCCAMISH, JR. Henry (Hank) Franklin McCamish, Jr., husband, father, grandfather, insurance executive, entrepreneur and philanthropist, age 84, passed away peacefully in his home on Sunday, June 30, 2013. Fittingly, he had just finished the highlight of his week, watching the Church of the Apostles Sunday service via the internet. He is survived by his wife, Margaret; children, Gordon and Sully Beckham; grandchildren, Gordon, Gwendolyn and Grace; and several nieces and nephews. Mr. McCamish was born and raised in Greenwood, South Carolina, but made Atlanta his home upon graduating from the Georgia Institute of Technology in 1950. After an illustrious career of selling life insurance products across multiple markets, he founded several companies to develop, distribute and administer these products in unique and pioneering ways. Mr. McCamish served as a mentor and role model to many of our community's leaders and he always made time to share his experiences with those who sought his advice. His philanthropy, which was, until recently, private and generally anonymous, targeted a wide variety of both traditional and non-traditional charitable endeavors encompassing his passion for his church, children, his alma mater, public policy and wildlife, all guided by his deep and abiding faith. He brought his entrepreneurial spirit to many of the charities he supported and provided them with both the wisdom and resources to overcome the barriers to success that many of them faced. He was a devoted member of the Church of the Apostles where he served on the Board for over 20 years. A private internment will be held at Arlington Cemetery on July 3 with Dr. Michael Youssef officiating. In lieu of flowers, contributions may be made to the Church of the Apostles, Leading the Way or the National Parkinson Foundation.

Published by Atlanta Journal-Constitution on Jul. 3, 2013.
To plant trees in memory, please visit the Sympathy Store.
MEMORIAL EVENTS
To offer your sympathy during this difficult time, you can now have memorial trees planted in a National Forest in memory of your loved one.
Funeral services provided by:
H.M. Patterson & Son-Oglethorpe Hill Chapel
MAKE A DONATION
MEMORIES & CONDOLENCES
18 Entries
Dearest Margaret, thank you and Hank for helping me get on the right track of life. Hank took the time and shared with me what it takes to succeed. May God continue to bless you and the entire McCamish and Beckham family. 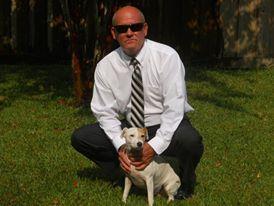 Aunt Margaret, Uncle Hank took me to my first Pro basketball and baseball games.My first GaTech vs Ga colloge game.At the braves game he pointed out that I was sitting next to Walt Fraiser of New York Nick Fame.I have only the fondest memories.I know I will see him and grandmother when I also cross over Jordon.Robert Lester Price.
Robert Price
March 16, 2014
Dear God,
Thank you with all my heart for bringing the wonderful and most amazing man in our lives..Henry F. McCamish, Jr.
He will always be in our hearts and our prayers are with Margaret, Gordon, Sully, Gordon, Gwendolyn, Grace and all of the family and my former co-workers at The McCamish Group and The Children's Education Foundation. God bless each and everyone of you.
Donna Ardolino
November 17, 2013
Dearest Margaret and the entire McCamish family, my heart is broken as I'm writing this to you. I thank God everyday for everything Hank did for my children and me. He will always and forever be my angel. I will always love him and all of you. God bless you all so very much. Donna, Anthony & Jennifer
Donna Ardolino
November 17, 2013
Hank was one of kind ! My condolences go out to all his Family and Friends...he is definitely in a better place.
Dave Culley
July 17, 2013
Thanks for all Mr. McCamish did for Georgia Tech.
Doug McCammish (Ky), Industrial Engineering, 1967
Charlie McCammish (Tx), Mechanical Engineering, 1999
July 11, 2013
"I was honored to have met Mr. McCamish," May happy memories carry you through this sorrowful time. "May God be with you."
July 9, 2013
Dear Gordon and Margaret and all of your family,

I am very sorry for your loss. Hank was such a good man and a caring, generous soul who always took the time to connect with me when I would see him.

From time at the office, the early Christmas parties at the house, to sitting together at the Tech basketball games and so much more. As a fellow Georgia Tech alum, we both loved to chat about all things Tech. I will remember Hank for doing the right things, for integrity, and for making me feel like I mattered to him. His positive influence is apparent in the rest of your family - his legacy will live on in a myriad of ways. I am proud to have met him and to have gotten to know him a bit in the 16 years I worked for his companies. I will remember him fondly.

My sincere hope is that you are able to find comfort and peace in the many memories of your time together.

With sympathy,
Russell Bergevine
Norton, MA
July 9, 2013
We were very sad to learn about Hanks passing. It has been a long time since we have seen you or him. I keep up with how you are doing from Ginny Millner. Hank was a brilliant business man. We send our deepest sympathy to you and your family. Rubye and Wayne Reid
July 7, 2013
I was so sorry to hear about the loss of such a great man, Hank McCamish. I am so glad I had the honor and privilege to work for this wonderful gentleman. He was one of the most kind, thoughtful, generous men I have ever known. I will remember him mostly for being a true Follower of Christ and exemplifying what Jesus taught his followers in Matt.6:1-4 "Give generously with the left hand not knowing what the right hand is doing." They don't make them like Hank anymore. Prayers going out to Margaret, Gordon, and the rest of the family as I know their hearts are broken until the day they're all reunited again.
Tammie Adams
July 3, 2013 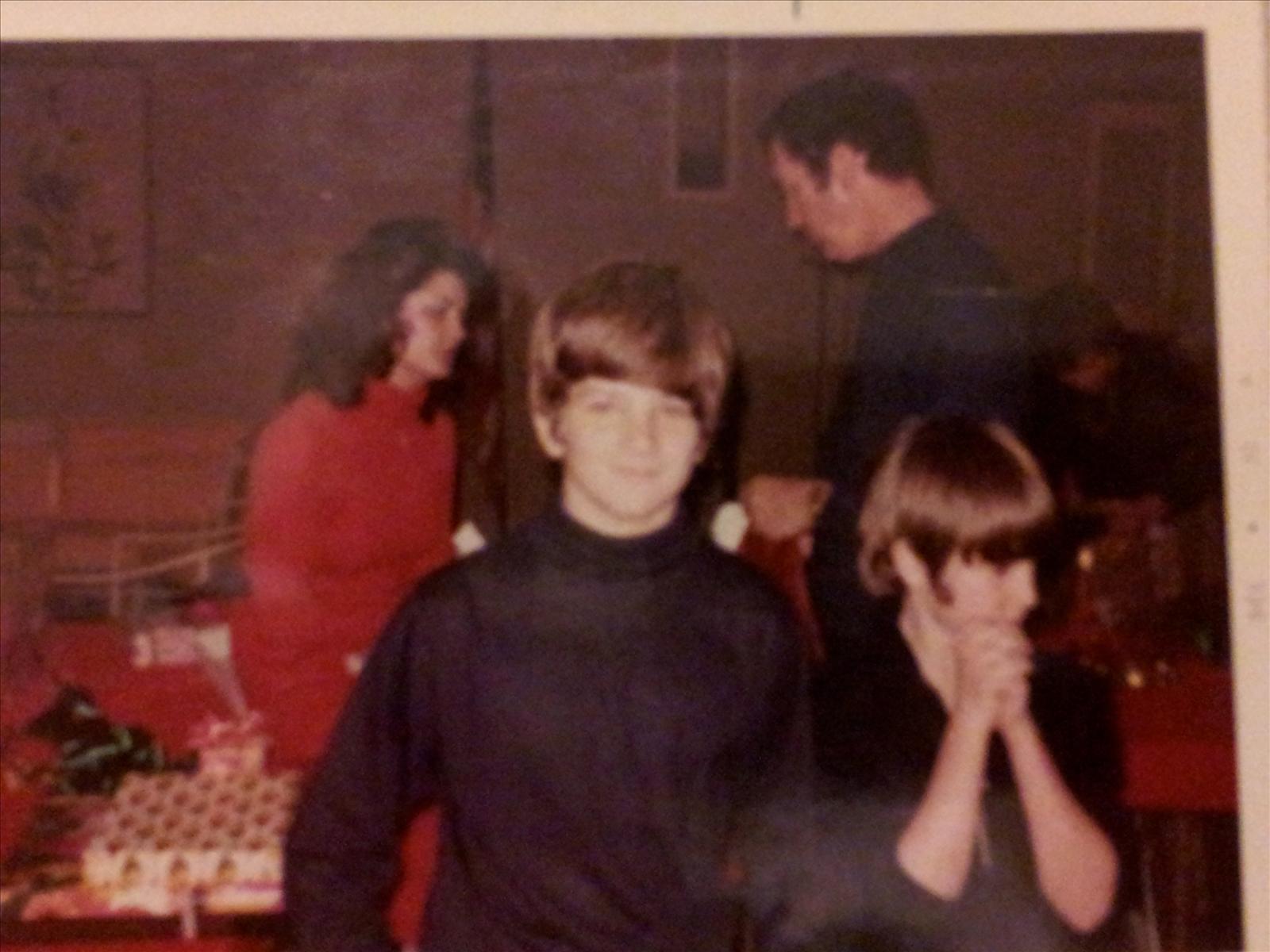 Dear Gordon and Margaret,
It was such a privilege to know, much less be related, to such an amazing man as Uncle Hank. He had the gift of making everyone feel like they were his favorite person in the world. I found an old photo from 1st Federal and one of our many Christmas days. Seeing you, and Margaret and Gordon was always one of the highlight of our Christmas with such fond memories. I'm praying for you both and Sully and their precious children. All my love, Joye Johnson Booher
July 3, 2013
May God bless you and your family in this time of sorrow.
Eg
July 3, 2013
Dear McCamish Family, I was so sad to hear the news of Hank's passing. He was such an amazing influence in my life and I will never forget him or the time I was blessed to work for him at TMG. He was the kind of person that we should all be inspired to be. Your family is in my prayers during this tough time.
Regina Nouvel
July 3, 2013
Dear Margaret & Family
I was deeply saddened to hear of Hank's passing. I was extremely blessed to start my career with Hank and consider him as my mentor. Hank wrote a letter of reference for me to Tom Cundy 25 years ago and I still work for Tom to this day! Our family has been honored to have all of you in our lives. Much love and may the Lord bless and comfort all of you during this time and always. Wayne & Cheryl (Swann) Comer & Family
July 3, 2013
Thank you for all you did at Georgia Tech.......
Robert Cahill
July 3, 2013
McCamish Family:
I'm so sorry for your loss, but I know that you find comfort in the indisputable fact that Hank is in the presence of the Lord. I remember watching his precious caregivers and Margaret lovingly attend to him during Hour of Power. Such devotion made a huge impression on me. I'll be praying for you.
Andrea Shelton
July 3, 2013
Margaret and family,

I was saddened to hear of Hank's death. He was such a special man and even though he was my father's cousin we always called him Uncle Hank. He was always so generous to my parents, Bill and Lynn and my Grandmother, Bertha. He will be missed by all of us who loved him dearly. My prayers to you and the entire family.

Dawn Kerr Tillman
July 3, 2013
Margaret, Gordon, and the Entire Family,
I was deeply saddened when Sully called to let me know that Hank had passed away. He was an incredible man in so many ways, and so many of us have had the benefit of his generosity and kindness as well of that of your whole family. Know that all of you are in my thoughts and prayers and will continue to be. Nancy Beane
July 2, 2013
Showing 1 - 18 of 18 results