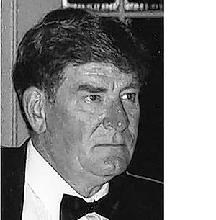 Homer Alexander "Alex" Lowe, 89, died November 8, 2021, at North Fulton Hospital in Alpharetta, Georgia. He leaves sons Alexander R. Lowe (Chris), Atlanta, Archibald F. Lowe (Robin), Atlanta, and Edwin F. Lowe (Karen) of Dawsonville. Mr. Lowe is also survived by grandchildren Fortune, Alexander, Bender, Kate, Anna, and Jack Lowe in addition to several nieces and nephews. He was preceded in death by his parents, wife, Eddie, and a brother, Ernest A. Lowe, Jr. (Lisa). Mr. Lowe was born August 7, 1932, in Athens, Georgia, the son of Ernest Algernon Lowe and Ruth Rae Lowe. When he was three years old, Mr. Lowe's family moved to Savannah, Georgia, when his father became the first president of Amstrong Community College. In 1941, Mr. Lowe's father moved his family to Birmingham, Alabama, after being named Chief Administrator of Jefferson Hillman Hospital, then part of the Medical College of Alabama. In 1947, Mr. Lowe returned to Athens when his father was named Director of educational extension work in the University of Georgia system. Mr. Lowe completed high school in Athens before being admitted to the University of Georgia in 1949. Here, he was active in the Sigma Chi Fraternity and the ROTC Arnold Air Society. He was also awarded a varsity letter in Track before graduating from UGA in 1953 with a B.A. in Business Administration. That same year, Mr. Lowe married his college sweetheart, Eddie Warthen Fortune in LaFayette, Georgia, Eddie's hometown. Mr. Lowe briefly worked in banking before serving as a U.S. Airforce lieutenant, stationed at the MacDill Airforce Base in Tampa, Florida. Here, Eddie delivered sons Alex and Archie. In 1957, the Lowes returned to Athens where son Edwin was born six years later. For fifteen years Mr. Lowe worked as general manager for the McGregor Company, an Athens-based office supply business. He also served as a deacon at the Athens First Presbyterian Church. In 1972, Mr. Lowe moved his family to Sandy Springs, Georgia. Here, he founded Environmental Design Fixtures, Inc., a successful school/office/library fittings company. Mr. Lowe retired in 1999, after which he and Eddie enjoyed an active lifestyle traveling the world and dividing their time between homes in Highlands, North Carolina, and Ponte Vedra Beach, Florida. They later purchased a home on Lake Burton where the extended Lowe family enjoyed many happy family gatherings. Alex Lowe was a good and kindhearted man, loved, respected, and deeply admired by all who knew him. He will be remembered as a devoted husband, a loving father, and a faithful, giving friend. Mr. Lowe will be privately interred in the Lafayette Cemetery and laid to rest beside Eddie, his wife of 66 years. In lieu of flowers, memorial tributes in Alex Lowe's name can be made to the Alzheimer's Association by calling 315-472-4201.
Published by Atlanta Journal-Constitution on Nov. 13, 2021.
To plant trees in memory, please visit the Sympathy Store.
MEMORIAL EVENTS
To offer your sympathy during this difficult time, you can now have memorial trees planted in a National Forest in memory of your loved one.
MAKE A DONATION
Please consider a donation as requested by the family.
MEMORIES & CONDOLENCES
3 Entries
So sorry to hear of the death of our good friend, Alex Lowe. We served together in the United States Air Force (1954-1956). Alex was a close friend then, and we remained in contact for several years. We visited hm in Athens, Georgia and later in Atlanta. A realliy close friend, and this is truly sad news. We hope for his family and we know he will be missed!
William L. Dennis
Friend
December 17, 2021
Archie, I am saddened to learn of the loss of your father. Sending prayers to you and your family during this difficult time.
Mary Johnson Sumner
Friend
November 26, 2021
Offering our deepest condolences during this difficult time.
Staff of Northside Chapel Funeral Directors, Inc.
November 11, 2021
Showing 1 - 3 of 3 results