On June 15, 2021 James Edgar Bell passed away at the age of 89 in Atlanta, GA. Jim was born on June 20, 1931 to the late Tom and Loretta Bell. He was a 1949 graduate of Grady High School where he was on the Varsity Football Team. He received his Bachelor's Degree in Mechanical Engineering from the Georgia Tech in 1953 where he was a member of Phi Gamma Delta Fraternity. On September 14, 1953 he married his high school sweetheart, Sidonia (Nona) Loomis Jones. He proudly served in the US Army and then went on to start a successful business, Equipment Controls Company in 1965. Jim was a Professional Engineer. Together they raised a son, James E. Bell, Jr. (Jeb) and daughter, Loretta (Lori) Bell Smith and have resided in Atlanta building a wonderful life together.

There are two things Jim never missed, a kick-off at Bobby Dodd Stadium (Go, Jackets!) and a Sunday at Haygood Memorial United Methodist Church. He joined Haygood at the age of 2 years old. Along with Nona, he was a proud and active supporter of the Georgia Tech Athletic Association and The Hill Society. Jim and Nona had season football, baseball, volleyball, Men's and Women's basketball tickets for over 50 years, still attending football and Women's basketball games. He was a giving man who loved the Atlanta Mission and contributed to countless other charitable organizations. Jim had a passion for model steam trains, Atlanta sports, weightlifting, and traveling the world with the love of his life, Nona. He will be greatly missed by his family, friends and the many lives he touched over his full and abundant 89 years of life.

A funeral service will be held Saturday, June 19, 2021 at Haygood Memorial United Methodist Church. Visitation will be at 1:00 PM with service beginning at 2:00 PM. There will be a live streaming of the service that can be found on https://www.haygoodumc.org/. Memorial donations can be made to Haygood Memorial United Methodist Church (1015 E. Rock Springs Rd, N.E., Atlanta, GA 30306), The Atlanta Mission (https://atlantamission.org), The Georgia Tech A.T. Thorpe Fund (https://atfund.gatech.edu) or charity of your choice 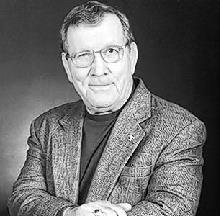 Published by Atlanta Journal-Constitution on Jun. 18, 2021.
To plant trees in memory, please visit our Sympathy Store.
MEMORIAL EVENTS
Jun
19
Visitation
1:00p.m.
GA
Jun
19
Funeral service
2:00p.m.
Haygood Memorial United Methodist Church
GA
MAKE A DONATION
Please consider a donation as requested by the family.
MEMORIES & CONDOLENCES
3 Entries
I started to work for Tom Bell, Jim's father, at Rockwell International in 1963. Mr. Bell founded ECCO in Norcross, GA shortly after buying the Measurement and Control Division from Rockwell. I went to ECCO as his secretary and was an original employee when ECCO was founded. Along with Mr. Bell, Jim was my boss. I can say that Jim was a great leader and motivator. He love his job and his great attitude was contagious. He was a joy to work for. He cared about his employees. Most of all, he loved his beautiful family with all his heart. I was saddened to see that Jim had passed away. My sincere condolences and prayers for his precious family.
Shelby Howard Cole
July 11, 2021
What a great couple. We enjoyed our travels together in England and big Mercedes he drove. We were the Maxwell Sunday School together. We will cherish the memories and always keep Nona in our prayers.

Kent and Anne
KENT AND SUSAN and APPLE
Friend
June 20, 2021
I am so sorry to see that Jim has left us. My late friend Bill was one of Jim's clients, and we enjoyed many GT games with him and Nona in their box at Bobby Dodd stadium. (They were nice enough to tolerate me--a Dawg.) He lived a long, productive life.
Vicki Womack
Friend
June 18, 2021
Showing 1 - 3 of 3 results