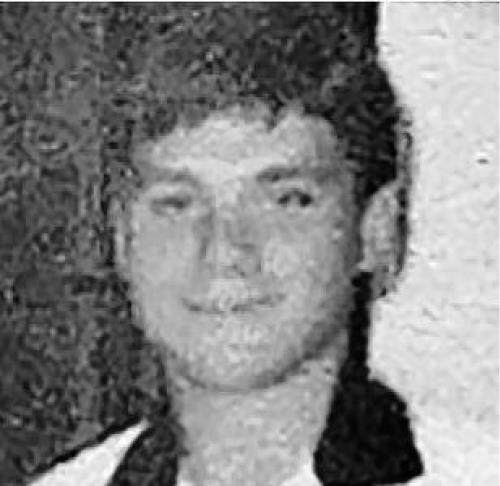 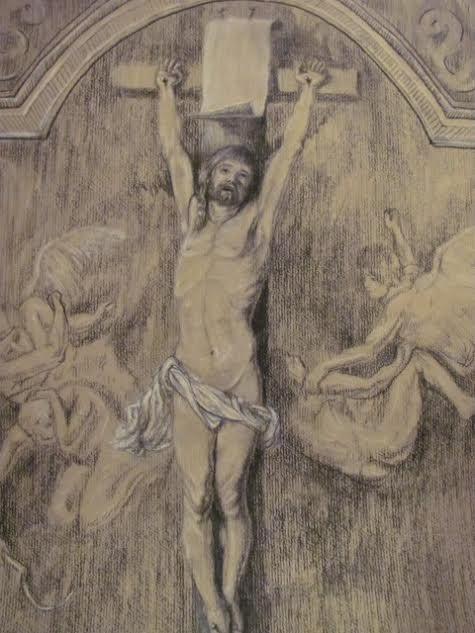 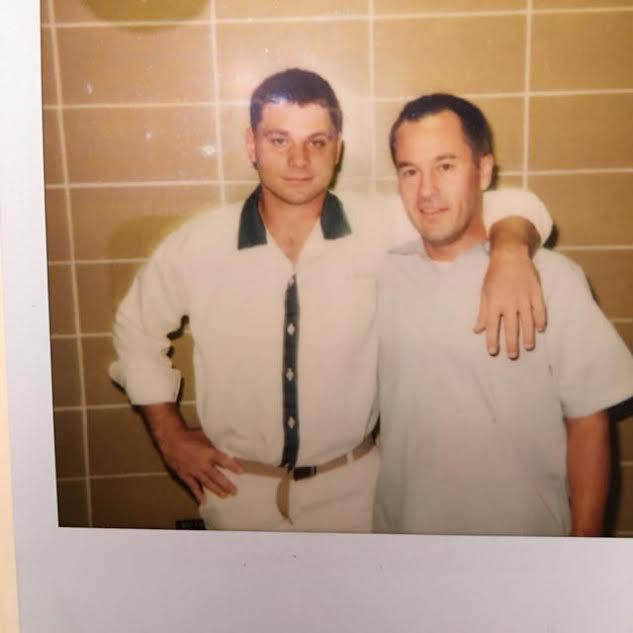 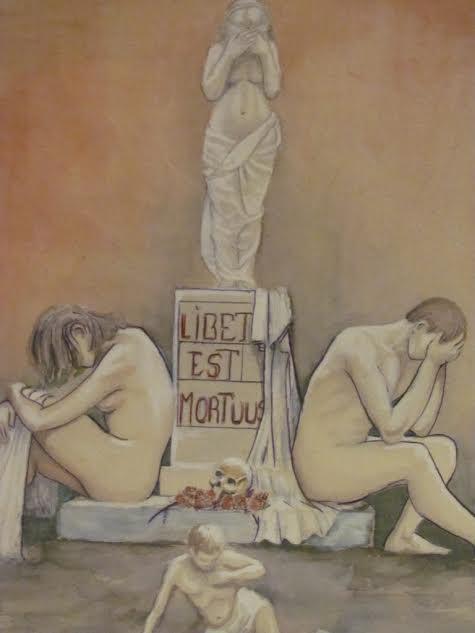 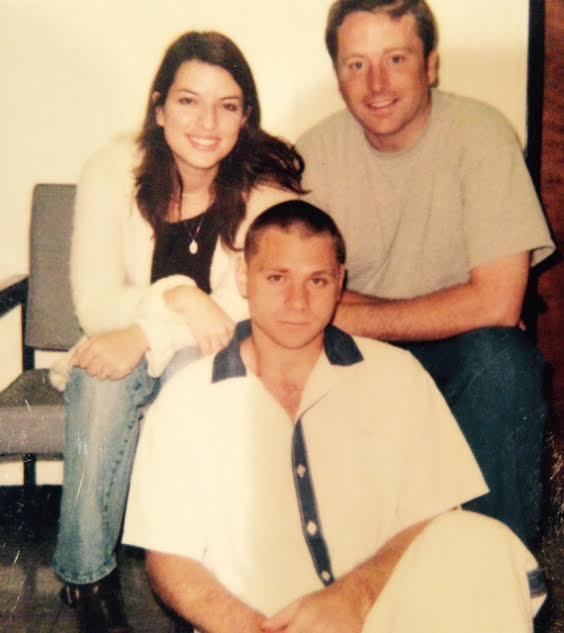 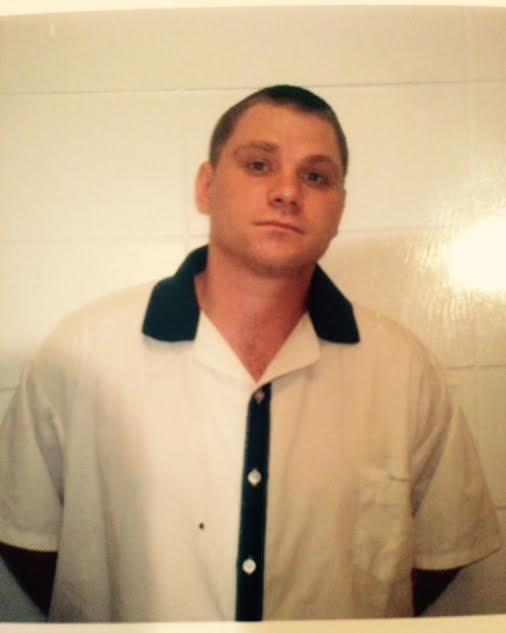 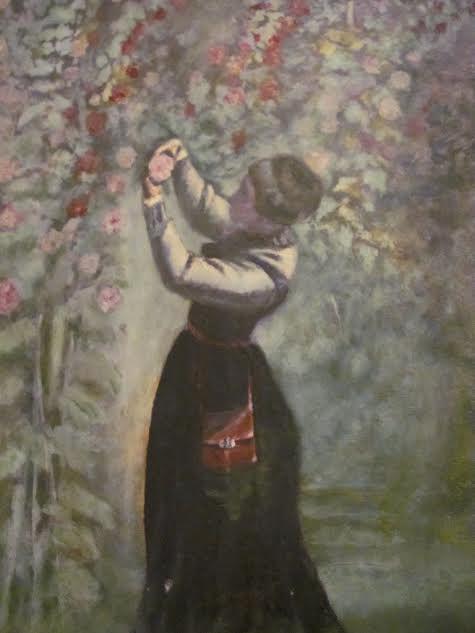 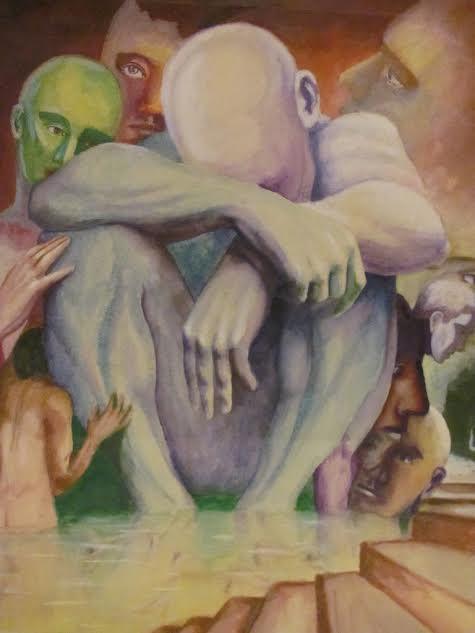 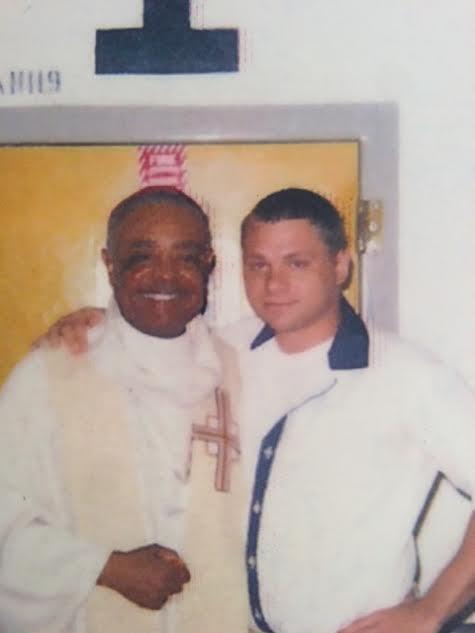 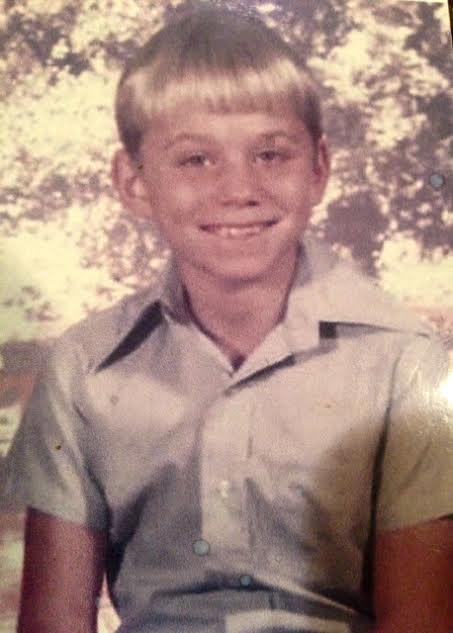 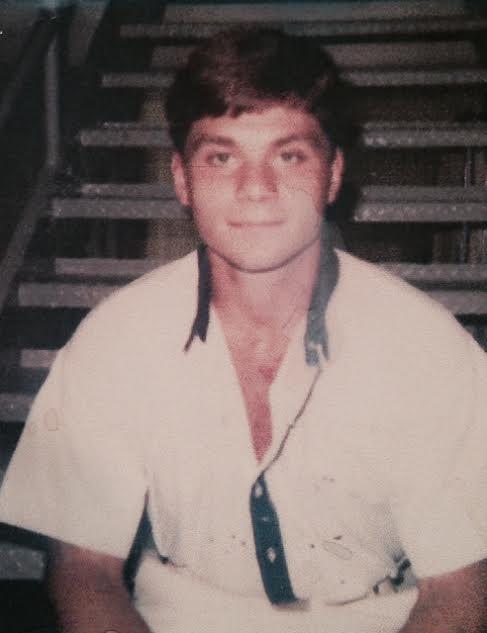 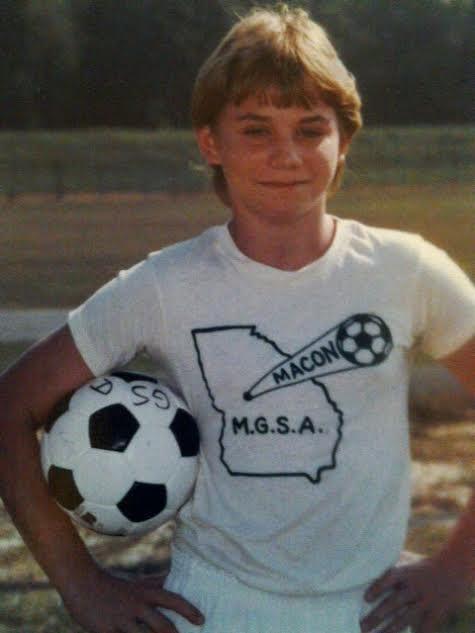 April 19, 2016
My sincere condolences to the family and friends.
John 5:29
Amanda
April 18, 2016
S H
April 18, 2016
Praying for you Josh
April 18, 2016
There is power in the name of Jesus. May God bless his soul and others like him.
L Jones
April 18, 2016
"No more a stranger nor a guest, but like a child at home." May your positive influences, as eloquently written by your friend and lawyer here, spread far and wide to do the kind of good that you wished you could do.
Ronald Hsu
April 18, 2016
God Bless You...
Angie D'Amore
April 18, 2016
There are no words to express how you have touch my life just by reading your story. Your story will forever be engrave in my mind and soul, Josh you will always have a special place in my heart. By the faith I have in God, I have no doubt that he has welcome you with open arms and your suffering is now over. Rest in peace little one.
Martha Belmontes
April 18, 2016
Although I never knew Josh, I believe that there is forgiveness available for everyone. Josh made his mistakes in life, just as we all do. But he paid the price of his mistakes as the law required. May you rest in peace in the arms of our forgiving God. And may God give His peace, love and comfort to the family of the one whose life he took.
Glenn Cornelius
April 18, 2016
Everyone makes mistakes, it takes true, pure character and a beautiful heart to learn and make right what was once wrong. RIP brother.
Courtney Hayden
April 18, 2016
Josh, I pray that you have found the peace and comfort that eluded you on earth. Thank God for His love and mercy to us all!
Lynn Hudson
April 18, 2016
RIP JOSH
Linda Jolly
April 16, 2016
RIP my friend, you have touched a lot of people with your story,Now you are with the only one that truly matters Our heavenly father
April 16, 2016
What a beautiful tribute to a heart and soul that no writing could do justice. Thanks for all you did to spread love and kindness in this world. I have no doubt your work will continue in Heaven.
Gretchen Mann
April 16, 2016
My heart breaks reading this story as I dealt with sons bound by alcohol and drugs. It robbed one of his life. I praise God for those people who have reached out in love and kindness during the time Josh was incerated and it sounds as though he made peace with the Lord. My condolences to Mike...you will see him again. RIP young man
a grieving mother
April 15, 2016
Josh you did a great amount for people. You have touched so many lives for the better and regretted what happened when you were in a bad place. I wish to express my condolences to all Josh's family and friends. May he rest now in the arms of God.
Betty Martin
April 14, 2016
You are now with the one true and good Father where there is no sorrow. Prayers for peace for all who remain that are tied to your story. True repentance requires change and your last moments show that you understood that.
Mary
April 14, 2016
Josh's story touches my soul. I prayed fervently for a stay of execution. I wish I had known this beautiful young man. My heartfelt condolences to all who loved him. He is in the arms of God.
Christine Tanis
April 14, 2016
We are all children of God. R.I.P.
L Johnson
April 14, 2016
YOUR SAFE NOW AND YOU HAVE A FOREVER HOME .. R.I.P.
BRANDON smith
April 14, 2016
RIP,you will forever remain in the hearts of all those you have touched,,,,
Jwahir Rahim
April 14, 2016
See you on the other side JB
Robin Ledford
April 14, 2016 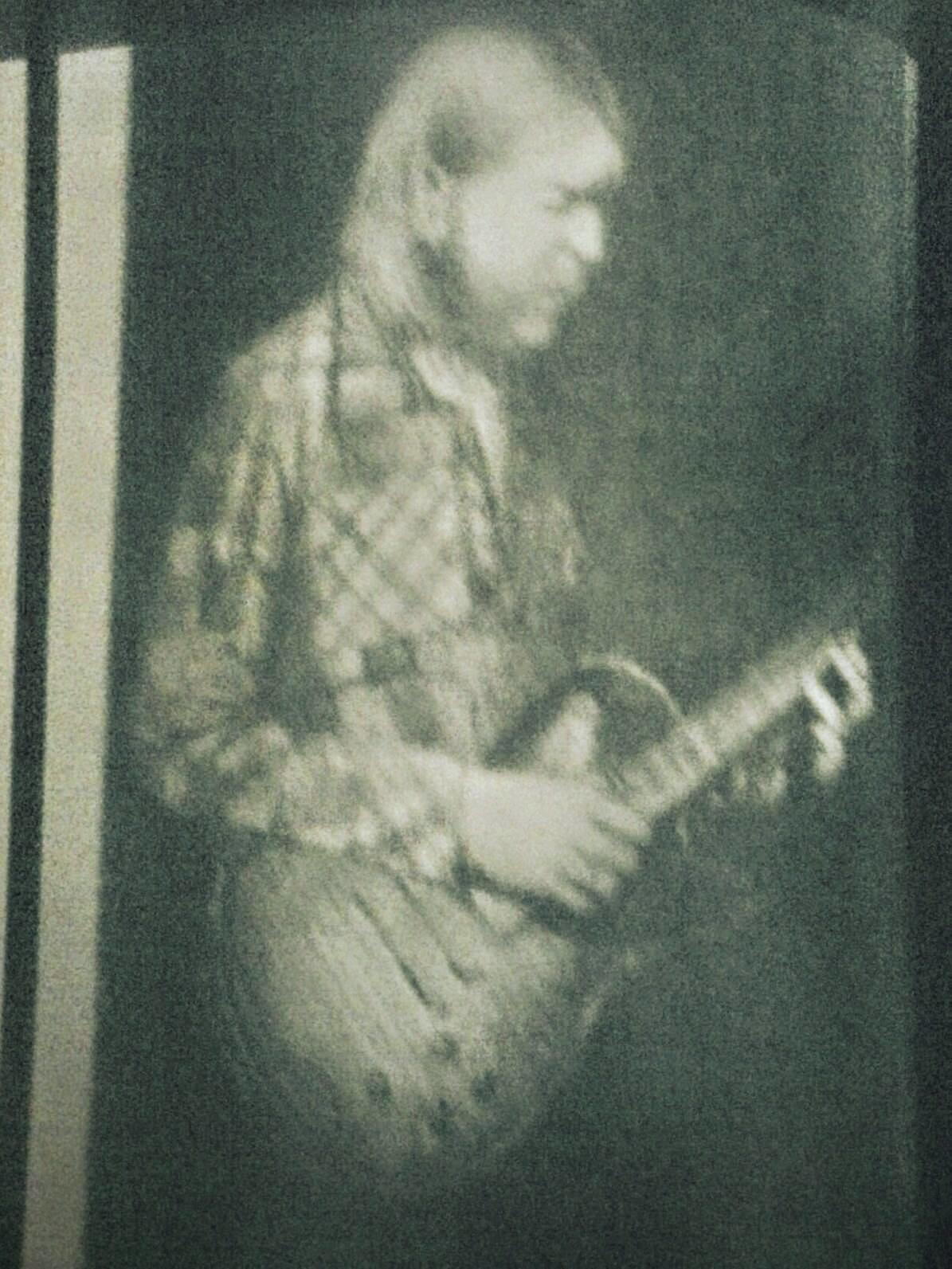 Robin Ledford
April 14, 2016
You are now one of the most beautiful Angels in heaven! Praise God!
Barbara Belote
April 13, 2016
R I P, /god be with you..
debi durham
April 13, 2016
your child like face shows your heart is good God has a special place for you
Louise Bagley
April 13, 2016
God is your friend and hopefully you are in the arms of God.
Ann M.
April 13, 2016
You are in the arms of Jesus now! Peace is yours
April 12, 2016
Did not know him but I am so grateful we both know our Father. Praying for comfort for your family and friends.
Connie Okelly
April 12, 2016
May he Rest in Peace...no more pain or suffering.
Charlene Portis
April 12, 2016
Joyce Reynolds
April 12, 2016
I know what it means to make life changing choices and once it's done, you have to make right with it. I don't know you, but reading that short but effective line, brought tears to my eyes. It seems you made peace with what held you spiritually captive. I pray your journey wasn't what the State wanted it to be. I hope it was a beautiful transition to meet your maker. You're free...RIP...
Andrea Watts
April 12, 2016
I am so sorry for the Bishop family. I know Josh has been such an inspiration to so many. This is such a beautiful tribute to this man.
Young
April 12, 2016
I've read about Josh for several years, and have been very touched by the comments of friends who knew and loved him dearly. May he rest in peace.
J Schutz
April 12, 2016
You certainly inspire me to try to help others. Your story is one that would make a Mother or Family proud. To overcome all the negative things in your life facing Letal Injection should show others that overcoming bad in your life can be done. I find you very Brave and a changed life to be with God.
marie massengale
April 11, 2016
I look forward to meeting you in heaven, Josh. You and your life here on earth are an inspiration to me, and I am so grateful for the years you were here. I so wish you could have lived here longer.
Catherine Morgan
April 11, 2016
While I don't know this young man, his story is so powerful and bitter sweet. My condolences to the family - it sounds like we have lost a redeemed earthly angel.
April 11, 2016
I am so sorry that your life ended like this. Rest in peace John .
alex massey
April 11, 2016
God keep those who pass on in his memory because they are precious to him. Psalms 116 : 15. EJC. GA.
April 11, 2016
I don't know any one involved with this story but it is at once beautiful and heartbreaking...as a mother of two sons my heart hurts for all involved..may the God of all peace grant everyone the peace that passes all understanding
someones mother
April 11, 2016
May God's promise to end all pain, sorrow and crying bring you comfort during this difficult time.
J & Anne
April 11, 2016
"Looking through the windows of a Lifetime" I see a young boy who had lots of goals and dreams.....

At the end he realized many of them would never be achieved.....

When his departure time arrived he looked up above and said:

I only blame myself for my shortcomings and I know I can't change things from what they be.

The Holy Spirit answered and said: For by grace are ye saved through faith, and that not of yourselves....

It is the gift of God above.

Grace be with you, mercy and peace, from God the Father, and from the Lord Jesus Christ, the Son of the Father:

In Truth, and in Love.
barbara jackson-johnson
April 11, 2016
I never met this young man. I have no knowledge of his life history or circumstances involved that led to his execution. I read his obituary with cold chills and a few tears. Ironically many lessons can be learned from this "turned around" words of wisdom and the life he lived. It is very sad he did not receive or maybe did not comply with early intervention in his life. We just don't know. I believe he left his legend for betterment for someone else's life. Rest in Peace Josh Bishop The turmoil has ended. Not knowing your reasons for incarceration , I feel I did know you after reading the obituary. Very touching.
Alice Bird
April 11, 2016
This is so heartbreaking. It appears he did not stand a chance in his lifetime. Absolutely no paternal guidance. I am sure he did not truly intend to end his life in this way. I pray he has met his Heavely Father and is at peace now. Blessings to his family. I am so sorry for your loss. Trust God he will bring you peace and comfort today and in the days to come.
Melody Hamm
April 11, 2016
Josh-- all your goodness is intact and resonating.
Paige Henson
April 11, 2016
I knew Josh. I worked with his brother at a restaurant. Mike took care of him. This tribute is beautiful and is the one bright spot I've found in an otherwise bleak story. Under our laws Josh is square with the house now but he was truly restored when he was reconciled by the Almighty.
Jonathan Jackson
April 10, 2016
To Bro. Bishop's family, I didn't know your Love one, but one would've thought I did for all the crying I'm doing. But you don't have to know a person to have understanding, Love and compassion in your heart. This timeline of his life has touched my heart in such a deep place as well as Inspired me in such a positive way to continue in my quest to help others. I Pray that God received Bro. Josh into his Kingdom. My thoughts and Prayers are with his Blessed family and friends. May you find comfort, strength and peace in God.
S. Harrell
April 10, 2016
I can only endorse Iris Williamson's words above. The pen really is sometimes mightier than the sword. My condolences to his brother and family and my thanks to those who befriended him while he was on death row and helped to make his life matter.
Donna Williams
April 10, 2016
THIS MAKES ME VERY, VERY SAD. THERE HAS TO BE A BETTER WAY.
BETTY LARSON
April 10, 2016
Do not think for a moment that your life was lived in vain. You brought meaning to life and although I am just now knowing about your life, you give me hope for I know that all life comes to exist on this earth for a purpose. God love us all. There are those who love you always.
Gene Lewis
April 10, 2016
This man's obituary is the most beautiful and elegant defense for opposing the death penalty. I am certain Christ has embraced him with love like we can't begin to know while here. With sympathy to those who knew and loved him.
Iris Williamson
April 10, 2016
Christian Friend
April 10, 2016
I didn't know you, but your story is both tragic and uplifting. Thanks for the testimony of what can happen when we really, truly change. I hope you enjoy paradise.
April 10, 2016
With deepest sympathies to the Bishop family.
Pat
April 10, 2016
"And in the end
We lie awake
And we dream
Of making our escape."
C Jones
April 10, 2016 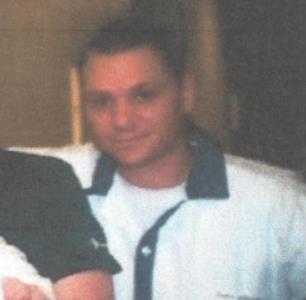 April 9, 2016
I have never heard of this case or know anybody involved, but my heart is breaking reading the life of a soul that ended up wanting to help others by telling his life story of what no child should have to endure. Many adults will suffer eternally for hurting a child. May someone be saved reading this obituary.
Lynn Watson
April 9, 2016
May Josh's life lift others up...may the memory of him be sweet and his story of redemption remind us all of the value of life.
Alison Evans, CEO The Methodist Home
April 9, 2016
You have my condolences
Kenneth Williams
April 9, 2016
Showing 1 - 79 of 79 results