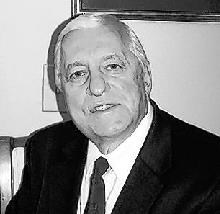 BORN
1935
DIED
2019
FUNERAL HOME
H.M. Patterson & Son-Arlington Chapel
173 Allen Road Ne
Sandy Springs, GA
DEAN, Dr. Kenneth Leon Dr. Kenneth Leon Dean of Carrollton, GA, peacefully passed away on January 20, 2019, with his family by his side, following a major stroke. Kenneth was born to Bertie Eve Couch Deane and James Charles Deane in Rogersville, TN, May 25, 1935. He grew up in Maryville, TN, attended Maryville College, and graduated from Carson-Newman College in Jefferson City, TN, with an equal passion for playing football and philosophy. He later received a Dr. of Ministry degree from Colgate-Rochester Divinity School, Rochester, NY. From 1965-1971, during a period of racial violence, Kenneth was Executive Director of the Mississippi Council on Human Relations, a bi-racial council of the Southern Regional Council, working tirelessly for civil rights equality and justice. In 1967, he married Mary Louise James of Hattiesburg, MS, with Congressman John Lewis serving as Kenneth's best man at their wedding. Kenneth was instrumental in poverty studies in MS, hosting Senator Robert Kennedy through the MS Delta, as a campaign manager for Kennedy's candidacy for President of the United States. In1974 Kenneth was the Democratic Nominee, from the 4th Congressional District of Mississippi, for United States Congress. He helped form a racially integrated group, New South, to take over the broadcast license of WLBT an NBC television station in Jackson, MS. He served as chairman of the board, facilitating the production of the first fully integrated news channel in the country with the first African American general manager. Years later in 2013, Kenneth Dean was awarded a Lifetime Achievement EMMY from NBC for broadcast journalism. From 1976-1981, Kenneth was Pastor of Prescott Memorial Baptist Church in Memphis, TN. Prescott was known for its diversity and commitment to interracial and interfaith progress. Prescott became the first Southern Baptist Church in the mid-south to welcome African Amercians as well as the gay and lesbian community into membership, ordain women as deacons, and receive as members persons who had experienced any form of Christian baptism. Kenneth led the church to continue to take prophetic stands for justice in Christ's name. He and the family moved back to Rochester in 1981, where Kenneth had attended and taught at Colgate-Rochester, and he served as Senior Pastor of First Baptist Church of Rochester until 1993. While at First Baptist, Kenneth actively promoted interfaith activities among Jewish, Islamic, and Christian faiths. He then was pastor of the United Church of Christ Riga Congregational Church, Churchville, NY. During these years in Rochester, Kenneth was principal speech writer and special advisor to Mayor William Johnson, the first African American Mayor of Rochester. In 2003, Kenneth and Mary moved to Carrollton GA, to be closer to their grown children in Atlanta. He continued to read voraciously, write memoirs, and organize his historical papers from the Civil Rights Movement while also continuing his commitment to health and wellness through exercise and nutrition studies. He was initially a member of First Baptist Church in Carrollton and later joined Northside Drive Baptist Church in Atlanta, GA, where he has been a member for the last 10 years. Kenneth was a passionate Christ-servant of loud voice, sometimes prickly bark, reckless courage, and unbending principle. In his speaking and writing, which he continued to do until just over a week before his death, he could weave seemingly disparate ideas into a single seamless insight. He was one of God's originals. Kenneth could and did talk with everyone he met, loved music, and became a mentor and father to many, though he reserved the title Dad for his children. While Kenneth was a strong and fierce advocate for human rights, he is lovingly remembered by his children and grandchildren as the tender, larger than life, author of important life lessons wrapped in tall tales, hugs, and ice cream cones. Kenneth is survived by his wife, Dr. Mary James Dean, his children Leslie (Josh) Curran, Katherine (Brian) Morris, Margaret (Chad) Godhard, and Dr. Kenneth (Brittany) Dean, Jr.; grandchildren Ansley and JJ Curran, Elle Warnett, Noah Godhard, Carolina, Violet and Juniper Dean, and step grandchildren Carole Ann, Scotti, Matthew, and Sam Morris. A celebration of life service will be held on Friday, January 25, 2019, at Northside Drive Baptist Church, 3100 Northside Drive, Atlanta, GA 30318, at 11:30 a.m. with reception following the service, and burial at Arlington Memorial Park at 4 p.m. In lieu of flowers the family requests that we honor Kenneth by furthering his life-long commitment to human rights, social justice, and discipleship. Please consider contributing your time, talents, or financial support to these causes in a way that speaks to your heart.

Just learned of Ken's passing. I have re read the obituary to remind myself of his parapetetic life. I shall remember him as the father of your delightful children. To all of you our deepest sympathy and may God Bless each of you in this time of bereavement.

I just learned from my sister Janie in Prentiss Mississippi of the passing of your husband and of his service today.

I am praying for you and your family. I'm so sorry I am so far away or possibly I could have attended today's service.

Bravo for the lives you and your husband have chosen to live!

May the Lord bless you.

One of our connections is Rochester New (in addition to Clinton, Mississippi)

I haven't seen your sister Mildred in more than 55 years. If possible, please send her my love.

I'm so glad Janie alerted me.

May the Lord continue to bless you and your wonderful family.

Saturday, January 27, 2018,
A special evening at O 'Charlies
To my Carrollton friends...
You will always be remembered bringing the conclusion to so many happy memories long to be relived in my memory bank.
You might remember one day I said, "My mom said to be careful who I might hang out with because you might just become just like them." Do you recall me saying this to you as I was leaving lunch with you early in our time together? Then I came back several days later repeating what my "mom" said and shared the answer with you, My mom said, "Billy, what you tell me about these men you might just better hang out with them.
They will enhance your life to a higher level." Now, I rejoice to share with my Savannah friends how awesome you were to me.
"A CHUMMY FRIENDLY WORD IS WE."
We meet and meeting makes us GLAD.
We part and parting make us SAD.
A friend of mine and comrade true,
The better part of we is YOU!"
I can imagine you still are caring not only for me at the short time we shared together but to all those that come into your company. I know your mom must be proud of you too. Thank you for sharing your company with me. You will always be remembered in my thoughts and prayers.

P.S. "Some things can't be packed into a moving truck...like memories of joys celebrated, hearts encouraged, and life moments shared. These and the love that went into them always remain with us." Thank you all. [email protected]

Bill Allen, Sr.
Friend
January 24, 2019
Hi Leslie and family, Don and I were so sorry to hear of the passing of your father. He sounds like he was a wonderful father!!! May he rest in peace!!!! Love, Ann and Don Keith
January 24, 2019
Members of Greater Rochester Community of Churches, formerly Genesee Ecumenical Ministries, offer our sympathy and prayers to family and friends of Rev. Dr. Ken Dean. He was a staunch leader for ecumenical and interfaith work in Rochester, and for racial justice. His presence here will not be forgotten.
Marie E. Gibson
Retired Executive Director
Marie Gibson
January 23, 2019
Ken Dean was one of the finest human beings I have ever known.
I will always be grateful for the times we talked when I was in Jackson with The Commercial Appeal.
Jim Young
January 23, 2019
To the Dean Family -