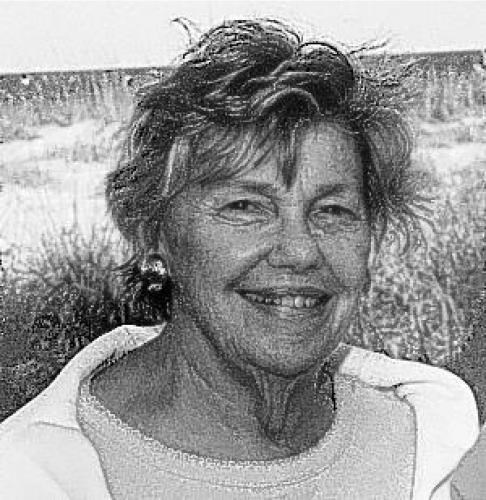 BORN
1926
DIED
2016
FUNERAL HOME
H.M. Patterson & Son-Spring Hill Chapel
1020 Spring Street NW
Atlanta, GA
KEOUGH, Marilyn M. "Mickie" Marilyn (Mulhall) "Mickie" Keough passed away peacefully in her home on Wednesday October 5. Born in Omaha, Nebraska on August 20, 1926, Mickie was a graduate of nearby Duchesne College. While enrolled at Duchesne she met her husband, Donald Raymond Keough, who pre-deceased her in February of 2015. After pursuing her vocation as an educator at Good Shepherd Convent School, the couple was married in Omaha on September 10, 1949, and welcomed six children, all of whom survive her. Don's career with The Coca-Cola Company brought the young family first to Houston and eventually to Atlanta in 1973. While the foundations of Mickie's life were family and faith, she was deeply involved in the Atlanta community. She and Don were benefactors of The Cathedral of Christ The King, The Lovett School and committed supporters of the arts, particularly the High Museum and the Atlanta Opera. Mickie was also a longtime member of the Forward Arts Foundation and the Mimosa Garden Club. Additionally, Mickie was a former trustee of Spelman College, and in 1998 she received an honorary doctorate from her beloved University of Notre Dame, where a dormitory stands in her name. Mickie was an avid reader, devouring four newspapers daily and always up-to-date on current events. She was everyone's favorite dinner partner with no shortage of an opinion. Mickie undoubtedly derived her greatest joy from her children and grandchildren. Whether a holiday break in Sea Island, a few days in New York or a family expedition to Ireland, Italy or the British West Indies, Mickie and Don delighted in the presence of family. She is survived by her six children: Kathleen Keough Soto (Gil) of Leander, TX; Mary Shayla Keough Rumely (Chip) of Atlanta; Michael Leo Keough (Jinny) of Atlanta; Patrick John Keough (Megan) of Rye, NY; Eileen Keough Millard (Chris) of Atlanta; Clarke Robert Keough (Beth) of New York. She is also survived by her eighteen grandchildren: Laura Soto of Franklin, TN; Brian Soto (April) of Leander, TX; Mary Hannah Rumely of Charlotte, NC; Johnny Rumely of Atlanta; Bridget Rumely of Atlanta; Betsy Keough Flood (Matt) of Orlando, FL; Mary Catherine Keough Anderson (Walker) of Atlanta; John Michael Keough of Atlanta; Daniel Patrick Keough of Atlanta; Donald R. Keough II of New York; Caroline Keough of Rye, NY; Matthew Keough of Rye, NY; Alison Keough of Rye, NY; Mary Alice Millard of Atlanta and Chris Millard, Jr. of Atlanta; Kathryn Keough of New York; Suzanna Keough of New York and Clarke Keough, Jr. of New York. Additionally Mickie is survived by two great grandchildren, Draco and Kimi Soto of Leander, TX. Visitation for Mickie Keough will take place Wednesday October 12 from 5:00 pm to 7:00 pm at The Cathedral of Christ The King. A funeral Mass will be held at The Cathedral of Christ The King on Thursday, October 13 at 10:30 am. A reception will be held immediately afterward in the Cathedral's adjacent Kenny Parish Hall. The family requests that in lieu of flowers memorial gifts be made to the Cathedral of Christ The King, The University of Notre Dame, The Lovett School or The Forward Arts Foundation.
Published by Atlanta Journal-Constitution from Oct. 8 to Oct. 10, 2016.
To plant trees in memory, please visit the Sympathy Store.
MEMORIAL EVENTS
Oct
12
Visitation
5:00p.m. - 7:00p.m.
The Cathedral of Christ The King
GA
Oct
13
Visitation
Cathedral's adjacent Kenny Parish Hall
GA
Oct
13
Funeral Mass
10:30a.m.
The Cathedral of Christ The King
GA
Funeral services provided by:
H.M. Patterson & Son-Spring Hill Chapel
MAKE A DONATION
MEMORIES & CONDOLENCES
Sponsored by H.M. Patterson & Son-Spring Hill Chapel.
12 Entries
I am so sorry to learn of your passing. You were one of the sweetest and kindest clients that I have ever known. I will always think of your smile when you walked through the door - sometimes alone or with your beautiful family / for more than 20 years

My deepest condolences to your children & grandchildren

Rest In Peace
Linda Sheer
May 15, 2017
I am so sorry for your loss. I know that losing a loved one is not easy, but our faith in God's promises can help us get through difficult times like this. I hope you will find comfort in God's promise at John 11:24-25. Knowing that there is a future for those we have lost in death can be very reassuring! -
October 12, 2016
My thoughts and prayers are with you all. I will certainly miss her.
Terri Campbell
October 12, 2016
Our thoughts and prayers are with you during this time, peace to all.
Patrick Bransome
October 10, 2016
I also met my wife at a Duchesne dance. I was a student at Creighton as well. We are a few years younger than Don and Mickie.

I caddied for Paul and Rachel Gallagher at the Omaha Country Club. I first met Don at an American Marketing Assn/ Omaha Chapter meeting sometime in the early 50s. He was vp marketing at Paxton Gallagher.

Your mom retained that wonderful Mid west character of graciousness to others. I saw her on several Coca-Cola occasions.
She and Don had remarkable memories for names and faces. Goodbye, Mickie, from a couple of your many admirers.
Jack Carew
October 10, 2016
Offering our deepest condolences to the Keough family and friends in your hour of grief.
Charles A.
October 10, 2016
Our thoughts and prayers are you during this time.
Luis and Janet Garza
October 9, 2016
Mickie was a blessing to this world. Peace to the Keough family during this time of loss. You are in our thoughts and prayers.
H. Wright
October 8, 2016
As the days and weeks pass, and as you return to life's routine, may you continue to feel comforted by the love and support of family and friends. 2 Corinth 1:3-5
TA
October 8, 2016
My condolences to the Keough family. Please have peace and be comforted by the God of all comfort. 2 Corinthains 1:2-4.
E. Delain
October 8, 2016
May the God of all comfort strengthen the family during this time of deep sorrow. Those who pass on, God keeps in his memory because they are precious in his eyes. My sincerest condolences. Psalms 116:15.
SWilson
October 8, 2016
My thoughts and prayers are with the Keough family and friends in your hour of grief. May you find peace and comfort in the God of all comfort.
Charles
October 8, 2016
Showing 1 - 12 of 12 results