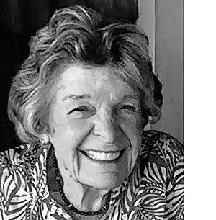 It was a dream come true to be the farmer's wife and bride to dashing John. She embraced it all – from providing support to the chicken and cattle operations to making ketchup from an abundant tomato harvest. All the while raising four children along with a menagerie of animals including dogs, cats, goats, rabbits and pigs and always plenty of horses. Martha began riding at an early age in the 1930's with her grandfather (W.H. Kiser) on the west side of Buckhead (Tuxedo Park) going on to regularly fox hunt with the Shakerag Hounds up until the 1970's (in present day John's Creek). She was actively involved in the formation of the Atlanta Steeplechase and served on many committees underpinning its success as a charity event. Back in the day, it was a "fur piece" to drive all the way into town from Roswell. Martha navigated dirt roads and other shortcuts to arrive at her various volunteer posts with the Junior League as a docent at the High Museum of Art and at the Atlanta Cerebral Palsy School. Forever a teacher, Martha hosted her cerebral palsy class out at the farm for a spring picnic so that the children could pat the newly hatched chicks and inhale some country air. She served as the first chairman of the Education Committee for the newly formed Georgia Conservancy organizing eco-learning trips for school children to Panola Mountain and other venues when these properties were still privately owned. For over 60 years, Martha was an active member and one time president of the Habersham Garden Club as well as a faithful member of the Roswell Book Club. When Martha moved to the Cumming farm at age 60 (and always up for a challenge) she took the Georgia real estate exam (on her birthday) and worked at Northside Realty becoming a member of the Million Dollar Club.

Come summer, the station wagon was loaded with garden tools and Martha sped north via the NJ Turnpike to the White Mountains near Tamworth, NH where she summered for almost 90 years. She leaves behind a vibrant and robust trail of memories with many close childhood friends and families and has chosen to have her ashes interred there at the village Episcopal Church.

The better part of Martha's life was dedicated to living out her strong Christian faith. In the early 1970's, she traveled to Israel and was baptized in the Jordan River by the late Reverend Paul Walker. Upon her return and full of new life, she formed a women's weekly Bible study with several friends called "God's Moveable Feast" that continued for many years. In Cumming, the Church of the Holy Spirit became home base where she settled in as a beloved and active member as she taught an engaging Bible class and served on the vestry and altar guild. In her 80's, she envisioned creating a Chartres inspired labyrinth adjacent to the flower garden behind her house in a grove of ancient hardwoods. With the aid of an enthusiastic farm hand, she carefully laid out the template and constructed the labyrinth from locally collected stones. The labyrinth and her garden became a focal point for the gathering of friends from all over for fellowship, ministry, prayer, and contemplation. The notion of life as a garden serves as a strong underlying theme in practice and as a metaphor in Martha's life journey. The memory of Martha distinctively stooped over in her garden plucking weeds with iPhone protruding from her back pocket will not easily fade away and will bring a tear or two for years to come. Suffice it to say, if there are any weeds in heaven, their days are numbered.

Above all, Martha was exceptionally relational and genuinely interested in just about everyone and everything. Her gifts were never more completely demonstrated than in the outpouring of her love for all her grandchildren. She was truly blessed in preparing the fertile soil that nurtures and encourages relationships not only with love but with curiosity, honesty, and humor. She leaves behind a formidable and enduring legacy of memories with friends in all the many paths she has taken in her rich and textured life. She was grateful to the end for all the people who shared their life with her and to those who supported and sustained her with their love into her latter days.

Martha was preceded in death by her husband John A. Wayt Jr., her sisters Lucy Emerson and Margaret Wetmore and their respective husbands William Emerson and William Wetmore, sisters in law Miriam Kiser and Josephine Williams and her husband Frederic Williams, and her step-grandson Jamie Swiggart.

Martha and her family will remain eternally grateful and appreciative to the excellent team that supported her and the farm going back many years. A special thanks to Gary, Amanda and Kyle Hanson, Jessi and David Edmondson, Vicki Adams, Joe Beasley, Darlene Jackson and her 24/7 caregivers: Amaju, Cheryl, Lola, and Margaret.

Donations may be made in Martha's memory to a charity of your choice or to:

The Episcopal Church of the Holy Spirit

www.barnstormerstheatre.org
Published by Atlanta Journal-Constitution on May 16, 2021.
To plant trees in memory, please visit the Sympathy Store.
MEMORIAL EVENTS
To offer your sympathy during this difficult time, you can now have memorial trees planted in a National Forest in memory of your loved one.
MAKE A DONATION
Please consider a donation as requested by the family.
MEMORIES & CONDOLENCES
1 Entry
A beautiful lady whose zest for living and energy and friendship along with pictures will forever be remembered. Was fortunate to meet her family. God bless your family.
Dale Frazier
Friend
May 20, 2021
Showing 1 - 1 of 1 results