SPENCER CONNERAT
LAKEMONT GA
SPENCER CONNERAT`
May 23, 2016
I had the honor of working with Mike in the Senate. He was one of the smartest, most thoughtful people I have known. I am thinking about the family during this time; my prayers are with you.
Joy (Atlanta)
joy hawkins
February 22, 2016
We are sorry for the loss of your loved ones. Our prayers are with you during these difficult times ahead. May the God of comfort assist you and your family in a way that we cannot.
A& T Hill
February 19, 2016
My thoughts and prayers are with the family. I knew Mike from politics and remember fondly building the Republican party through the young Republicans.What fun we used to have and Mike was right there with us.
Rita Fink
February 4, 2016
I am sorry for your loss. My prayers are with you all.
TT
January 29, 2016
To the family of Michael Egan, may the God of all comfort, comfort you and your family at this time.
Brenda
Brenda
January 20, 2016
May God bless you and your family in this time of sorrow.
irene
January 19, 2016
WITH DEEPEST CONDOLENCES TO THE EGAN FAMILY.
pj
January 18, 2016
I am so sorry for your loss, but God promises to bring death to nothing @1Co15:26.


CW Forest Park GA.
January 16, 2016
We are sorry that your loved one has feel asleep in death. Our prayers are with you.
A& T Hill
January 16, 2016
May the God of all comfort strengthen the family during this time of deep sorrow. Those who pass on, God keeps in his memory because they are precious in his eyes. My sincerest condolences.Psalms 116:15
TA
January 14, 2016
I was fortunate to work with Mike Egan and to seek his counsel on many issues -- advice which was always wise and correct. Thanks for your service to your city, county and state, Senator. Georgia and our nation are better for your service. Our thoughts and prayers are with the Egan family.
John Keys
January 14, 2016 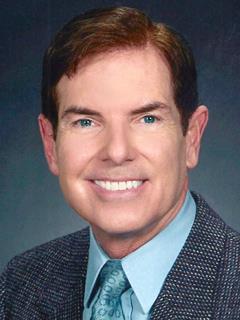 To Mike's family I offer my prayers for peace and healing in this time of sorrow. I met him several times during my time volunteering for the Young Republicans. He was one of the finest people the Republican Party of Georgia ever produced. Respect for him was not limited to party, however, which is a true test of character in my mind. Even now, as an active Democrat, I hold Mike's memory in the highest regard. From a spiritual standpoint I offer this word of hope - love never dies. His love for you and your love for him will live on forever.
Bob Gibeling
January 13, 2016
To the Egan Famlily: Know that each and every one of you are in my thoughts and prayers. God bless you all.
Z H
January 13, 2016
To the family - May you be comforted by the peace of God during this most challenging time and in the years to come.
January 11, 2016
Our thoughts and prayers are with you at this time of deep sorrow. May God comfort you and strengthen you at this difficult time. Mike will be greatly missed. It was an honor to have known him.
Bob & Betty Ledbetter, Sr.
January 11, 2016
A great man whose service to this country cannot be overstated. He will be missed and it is inspiring to know of him through his wonderful family.
Doug Mattis
January 11, 2016
May God bless you and your family in this time of sorrow.
EG
January 11, 2016
May the God of all comfort strengthen the family during this time of deep sorrow. Those who pass on, God keeps in his memory because they are precious in his eyes. My sincerest condolences.Psalms 116:15
TA
January 11, 2016
May the God of all comfort be with you during this difficult time
January 11, 2016
I am truly sorry for your loss. God will give you peace and strength during this difficult time. Psalms 29:11
January 11, 2016
Dear family and friends; May the people of Georgia always remember Michael Egan hard work he accomplish in helping Georgia to become a great state. May you have comfort knowing that the "God of Comfort" will never forget the works of a righteous man. (Hebrews 6:10;2Chorinthians 1:3)
Sarah Savannah
January 10, 2016
I had the privilege to know and work with Mike Egan during his tenure in the House and later in the State Senate. Rest in Peace.
Ed McGill
January 10, 2016
The Armstrong and Conners families send heartfelt condolences to each and every member of the Egan clan. Mike will be so dearly missed by all who knew him.
Much love to all.
Jan Conners
January 10, 2016
We met Mike in his retirement years while attending a birhday party of a mutual friend. He was delighted to know that we knew about Portsmouth Priory now known as the Priory School he attended travelling with a few other boys by train from Atlanta to Rhode Island.

How wonderful to read the tributes of those who knew him and worked with him, remembering his integrity,great conscience and desire for inclusion.

Rest in peace good and faithful servant.
Carolyn and Francis Castano
Carolyn Castano
January 10, 2016
From the Baltimore Egan branch, please pass along our condolences as you honor one of the greatest from our family, Michael J Egan. His Aunts were so proud of him.

Thomas A Sweeney
January 9, 2016
A friend and a wise legislator of great talents. We miss his wisdom today.Long live this principled decent human being. RIP Egan!
tom Houck
January 8, 2016
Senator Egan was a great mentor; great leader and great inspiration to so many. I am lucky that I got to work with him. Michael S. Meyer von Bremen, Albany
Michael Meyer von Bremen
January 8, 2016
January 8, 2016

Sen. Egan was a charming Irish gentleman. Though I didn't "know" him per se, he had kind words for all who passed him in the Capitol during session. My condolences to the Egan Family.


Ms Patricia Mulligan
Atlanta Georgia
January 8, 2016
We are proud to have become a member of the wonderful Egan extended family with the marriage of the youngest Egan son, John, to our youngest daughter, Valerie. Getting to know Mike and Donna has been a privilege and we join in offering our deepest condolences on Mike's death. Fondly, Stephanie and Robert Manis
January 8, 2016
So sorry the cousin i liked so much is gone. I had very little time with him on this plain, but it was great. Love to Donna and family. Roddy Ledlie
Roddy Ledlie
January 8, 2016
If you know an Egan, you know someone of class, character, service and humility. Thanks to this man for leaving the world better than he found it. Thoughts and prayers are with the whole family through this time of great sorrow and special celebration for a job well done.
Kevin Sims
January 8, 2016
It was an honor to know and work with Mike in the Republican trenches over the meany years. Still remember his chairing Republican state conventions. He will be remembered as a true friend to us all.

Bob Tully, Savannah
ROBERT TULLY
January 8, 2016
RIP, God bless you and the Egan family.
Senator Gloria Butler
January 8, 2016
Mike Egan was a fine man, an admirable public servant, and a valued personal friend. Jimmy Carter
Jimmy Carter
January 8, 2016
Deepest sympathy to the family of a great man
Sen George Warren R 43
January 8, 2016
I appreciated knowing Mike at Sutherland and our discussions when I entered politics. A highlight was getting to be on a panel with Mike, Stacey Abrams, and Scott Holcomb (all fellow SAB alums) in 2011. He was a great man and a great leader. Briley and I send our condolences to the Egan family.
Elena Parent
January 8, 2016
I had the pleasure of being his "seat mate" while serving in the Senate.. Despite our personality differences and being of different parties, we always had a respectful and cordial relationship. He was a true, intelligent, and classy gentleman.
Cathey Steinberg
January 8, 2016
It was an honor to know and serve in the Senate with such a prince of a man. Farewell my friend.
Wayne Garner
January 8, 2016
I very much respected Mike as a fair minded legislator. I was honored to have served with him through the many years I was in the Senate.
The world is a better place because Michael Egan past our way.
John C. Foster
January 8, 2016
To the entire Egan Family,Mike left a legacy for all Republicans,Democrats and others to emulate.
Carol&Paul Muldawer
January 8, 2016
I was the assistant to four Mayors of Atlanta. In that capacity I got to know Mike Egan and to respect him most highly. He was one of those rare ones....what is the right thing to do....not what is the politic thing to do...was his way of doing business. He represented the very best in public service. His is a great legacy.

George Berry
January 7, 2016
A great man and an outstanding principled leader who will be missed.
Sam Olens
January 7, 2016
A true gentleman.
Valerie Betz
January 7, 2016
Condolences to an Atlanta icon. I life well-lived. One of the first names that comes to mind when you hear "Atlanta Blue Blood". A man of tireless service and lasting contributions to this city. Thinking of all we know in the Egan family.
~~ From Bob, Kevin, & Griff Sims
January 7, 2016
Showing 1 - 45 of 45 results