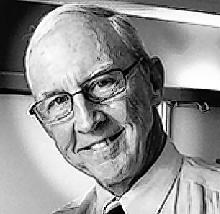 BORN
1945
DIED
2019
FUNERAL HOME
H.M. Patterson & Son-Spring Hill Chapel
1020 Spring Street NW
Atlanta, GA
WOODWARD, Randolph Craig Randolph Craig Woodward, 73, died suddenly on May 1, 2019, due to complications from cancer. Craig was born on May 29, 1945, to Drs. Theodore and Celeste Woodward in Baltimore, Maryland. Craig graduated from The Gilman School in Baltimore. Summers were spent in Sherwood Forest, Maryland, where he made life-long friends. Craig next attended Yale University, majoring in Political Science. In high school and college, he wrestled and played lacrosse, winning a state championship wrestling title his senior year in high school. He then attended the College of Physicians and Surgeons of Columbia University. While at Columbia he met and married the love of his life, Anneke Knoppers, who at the time was attending Columbia Law School. They graduated on the same day. After medical school, Craig completed his internship year in New York City before moving to Atlanta in 1973, where he continued his internal medicine residency and a year in a cardiology fellowship, both in the Grady/Emory program. Craig joined a private internal medicine practice located on the Piedmont Hospital campus. He practiced there for thirty-eight years before retiring in 2016. Craig found both his vocation and avocation practicing medicine. He cared deeply for his patients' welfare and valued their friendships. Craig volunteered at various organizations, most recently at Northwest Presbyterian Church, where he was a member of the session, the Salvation Army, and Childspring International. His family brought Craig great joy. He was married to Anneke for over forty-seven happy years. Together they raised their children, Maria ("Mia") Anneke Woodward (Jeremy Wolfe) and Theodore ("Ted") Englar Woodward (Whitney Walters Woodward), of whom Craig and Anneke were justifiably proud. The family especially enjoyed their times together at the beach and on family vacations full of adventure and laughter. Craig delighted in being "PopPop" to his five grandchildren; Anneke, Knox, and Wesley Woodward, and Lewis and Craig Wolfe. Craig truly loved playing with them and acting silly to their great delight. PopPop was often placed in "time out." Craig had a huge spirit of adventure and loved to travel. During medical school, he traveled to and spent most of a summer in East Pakistan (now Bangladesh) and India, which provided the basis of many stories told over the years. Later Craig delighted in planning trips (with Anneke implementing the plans if a computer was required), including hunting on the Eastern Shore of Maryland, biking in Europe, exploring the Galapagos, and hiking on the Camino de Santiago in Spain. In Atlanta, Craig and Anneke often entertained friends with elaborate meals prepared together. For many years, Craig's athleticism was demonstrated on the tennis court and golf course. His time with friends were the highlight of all these activities. Craig could be counted to provide humor at any gathering. At home, Craig loved reading, and he was always ready to read Anneke's book club selections. Craig is predeceased by his parents and his brother Lewis Omer Woodward. He is survived by his wife, daughter, son, grandchildren, brother, William Woodward (Ingrid), sister, Celeste (Mark Applefeld), and extended family. While ill, Craig received excellent medical care from both physicians and medical staff, for which he and Anneke were grateful, especially for the care and compassion shown by Drs. Bill Jonas, Sundus Lodhi, and Randy Yanda. The family will welcome visitors at H. M. Patterson and Son Spring Hill, 1020 Spring St. NW, Atlanta, Friday, May 17, from 5 to 7PM. A memorial service celebrating Craig's life will be held at Northwest Presbyterian Church on Saturday, May 18, 2019, at 11AM. In lieu of flowers, Craig would have preferred that memorial gifts in his memory may be made to Northwest Presbyterian Church, the Salvation Army, or to the charity of your choice.