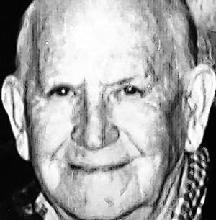 BORN
1933
DIED
2020
EUBANKS, Robert J. Robert Joseph Eubanks, 87, of Marietta, passed Tuesday, August 18, 2020 after a 12-year long struggle with Alzheimers Disease. A memorial service will be held on Saturday, August 22, 2020 at Eastside Baptist Church at 11 AM, located at 2450 Lower Roswell Road, Marietta, GA 30068 followed by a service at Kennesaw Memorial Park Cemetery, 1306 Whitlock Avenue NW, at 1 PM. Social distancing and masks are required. Mr. Eubanks was born in Marietta on January 8, 1933 to the late Eunice Smith and J. Robert Eubanks. Like his father, he became a residential builder and commercial real estate developer with a lifelong interest in banking. Mr. Eubanks served as a member of the Board of Directors of the Commercial Bank of Cobb County prior to its acquisition by Georgia Railroad Bank. He was a man of great personal Christian faith who was active for years at Eastside Baptist Church from its initial Sunday service and then later at Cobb Community Church. Remembering his own habit of hitchhiking when he served a stint in the Army, Mr. Eubanks continued to see any hitchhiker by a roadside as an opportunity to witness about his faith. A famously quiet man, his family fondly recalls these instances where he initiated conversations on his faith and travels. He had a lifelong passion for mechanical engines and enjoyed both tinkering with them and travelling to view others' collections. He and his beloved wife of almost 64 years, Sara, had the opportunity to travel widely and he enjoyed planning their next destination almost as soon as he returned from any trip. His favorite country was New Zealand and he was very proud they made it to Antarctica during a cruise around Cape Horn at the tip of South America in 2003. In addition to his wife, Sara Wilder Eubanks, Mr. Eubanks is survived by his daughter, Robin (Dan) and their three children: Alex, Emily, and Ellen; his son, Joe (Amy) and their three daughters: Caroline, Samantha, and Rachel; and his daughter, Anna (Doug) and their children: Sara, Caitlin, Lauren, and Brandon. Mr. Eubanks' sister, Laura Brown, and brother, Gary F. Eubanks, both of Marietta, predeceased him. He is survived by his eldest sister, Mildred Massengale, and youngest brother, T. Marshall Eubanks. In lieu of flowers the family would appreciate a gift to Marietta Camp Meeting Inc. directed to Cheryl G. Lassiter at 251 Calming Water Trace, Dallas, GA 30159, if you so desire, in honor of his memory.
Published by Atlanta Journal-Constitution on Aug. 19, 2020.
To plant trees in memory, please visit the Sympathy Store.
MEMORIAL EVENTS
Aug
22
Memorial service
11:00a.m.
Eastside Baptist Church
2450 Lower Roswell Road, Marietta, GA
Aug
22
Graveside service
1:00p.m.
Kennesaw Memorial Park Cemetery
1306 Whitlock Avenue NW, GA
MAKE A DONATION
MEMORIES & CONDOLENCES
1 Entry
Robert was the best neighbor. I could count on him to pick up my newspaper when I would go on vacation. He will be missed. My thoughts and prayers go out to Sara and the family.
Dolly Moses
Neighbor
August 20, 2020
Showing 1 - 1 of 1 results