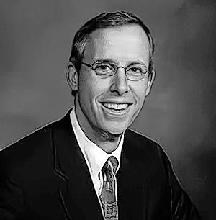 Roberts Clay Milling II, a native New Orleanian, passed away Saturday, October 9, 2021 in Atlanta, Georgia. He was 55. Clay is survived by his parents, R. King and Anne McDonald, and two sons, Roberts Clay III and William Paul. He was born on April 25th, 1966. A student at Isidore Newman School in New Orleans and graduate of Deerfield Academy in Deerfield, Massachusetts, Clay later graduated from Vanderbilt University, where he earned a BA in Economics (1988) and a JD (1991). While in law school, he was one of the few Vanderbilt law school students who served as both a member of the Moot Court Board and the Editorial Board of The Journal of Transnational Law. He also attended the London School of Economics.

After graduation, he joined Alston & Bird in Atlanta, where he concentrated in medical malpractice and products liability defense. Committed to serving those most in need, he became a founding member of Henry, Spiegel Milling, LLP where he continued his career as a trial lawyer. Clay served on the Executive Committee of the Georgia Trial Lawyers Association and the Constitutional Challenge Committee. In addition, he was a Chairman of the Georgia Civil Justice PAC and was the Georgia State Delegate to the American Association for Justice. He received the accolade of an AV rating throughout his career. Clay was named to Georgia's Legal Elite by Georgia Trend magazine, and in 2013, he received the Wiedemann & Wysocki Award from the American Association of Justice.

Despite his professional success, his sons, Clay and Will, were where his heart rested. He spent countless weekends with his family and friends at their home in Atlanta and in Cashiers, North Carolina. In addition, he was an active parent at Holy Innocents' Episcopal School and Morris Brandon Elementary, regularly leading fundraising initiatives or cheering on the sidelines at sporting events. A lifelong musician, he was the guitarist in law school for the Boo Radleys and in Atlanta played for Dean Drive Five. His sons followed his love of music, both playing in bands throughout college at the University of Georgia. He was an avid pilot who enjoyed flying for both business and family trips.

Clay was joyous, quick-witted, funny, charming, warm, and fun-loving. He was full of life and will be missed by many. He is survived by his brothers, R. King, Jr. (Cara) and Michael Delery (Caroline), and the mother of his children, Jayne Ann Waggener, as well as numerous aunts, uncles, nephews, and nieces.

A funeral Mass will be celebrated Friday, October 15 at 11 AM at St. Francis of Assisi Catholic Church, 631 State St. Visitation will begin at 10 AM.
Published by Atlanta Journal-Constitution from Oct. 13 to Oct. 15, 2021.
To plant trees in memory, please visit the Sympathy Store.
MEMORIAL EVENTS
Oct
15
Visitation
10:00a.m. - 11:00a.m.
St. Francis of Assisi Catholic Church
631 State St, New Orleans, LA
Oct
15
Funeral Mass
11:00a.m.
St. Francis of Assisi Catholic Church
631 State St. , LA
MAKE A DONATION
Please consider a donation as requested by the family.
MEMORIES & CONDOLENCES
7 Entries
My heart is so broken. I will miss you always. Thank you for being one of the best friends that I have ever had. I love you, Clay. You were beautiful and brilliant.
Aly
Friend
November 8, 2021
We are terribly sorry to see that Clay died.
Happy and Betsy Crusel
October 14, 2021
Dear friends, we are so very sorry for your loss. We pray that God grant you peace.
Ileana and José Suquet
Other
October 14, 2021
So sad to hear of your loss. Even the darkest days will one day find the light again.
Edwin Lupberger
Other
October 14, 2021
Our heart breaks for the loss of Clay. He was the life of the party and always so excited to be with friends. Our days laughing and enjoying life as a Vandy student is how I will always remember Clay. Rest In Peace and know John and I love you!
Ruth Vestal Neil
Friend
October 14, 2021
So sorry for your loss. He will live on in the hearts and the fabric of the lives of those he touched. Much love to your family in this challenging time.
Mary Kerr
October 13, 2021
So sad to lose such a brilliant legal scholar. My sincere condolences to his parents and family. May he rest in peace.
Jerry Smith
Other
October 13, 2021
Showing 1 - 7 of 7 results