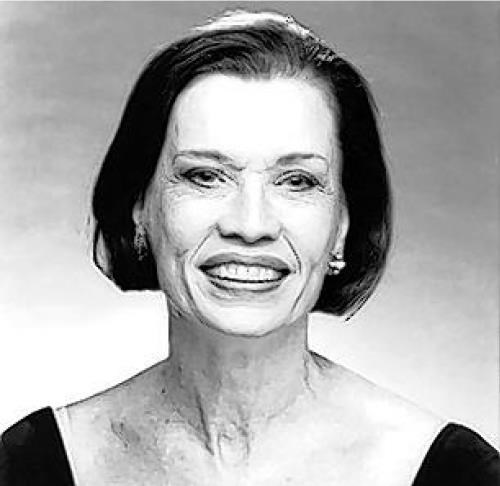 BORN
1923
DIED
2017
FUNERAL HOME
H.M. Patterson & Son-Canton Hill Chapel
1157 Old Canton Road Ne
Marietta, GA
MITCHELL, Ruth Generations of Atlantans have been enriched, entertained, and inspired by Ruth Mitchell and the dance she brought us. Her studio was the setting of many childhood memories, and numerous young dancers had their start there. On July 18, 2017, we lost and Atlanta icon and valued member of the arts community. She established her studio and company in the Greater Atlanta area, but was respected as a choreographer, dancer, and producer of dance throughout the Southeast and the United States. She was born in Social Circle, Georgia on July 4, 1923, to Clarence Whatley and Mary Pearl Blasingame Mitchell, and had one sister, Mary. Ruth attended Oakhurst Grammer School in Decatur and Decatur Girl's High. She graduated from Draughton Business School with a dictation speed of 120 wpm, but dance was her real interest. She studied with Alberta Benham and Dorothy Alexander in Atlanta, and in 1942 journeyed to New York City where she studied under Muriel Stuart at the "School of American Ballet" while auditioning for Broadway. Her first show was "Follow the Girls" starring Jackie Gleason, and then "Polonaise" choreographed by David Lichine, next was "Bloomer Girl" with Nanette Fabre and choreographed by Agnes De Mille, and finally in 1950, "Annie Get Your Gun" starring Ethel Merman, the longest running show on Broadway- two and a half years. When it closed, Ruth auditioned for Ruth Page and "Les Ballets Americains", a company that was to tour Europe. Ruth continued her studies in Paris under Olga Preobrajenska. "Les Ballets Americains" opened in Paris, but returned to the states at the outbreak of the Korean War because their contracts did not have war clause. The company was never reorganized. Ruth came home to Atlanta in 1952 and married Claude Kimbrell. They had one son, Jeffrey Whatley Kimbrell. She also opened her own Dance Art Studio, and by 1957 she had organized the "Ruth Mitchell Dance Company". In 1958 as "Atlanta Concert Dance Group", her company joined the Southeastern Regional Ballet Festival and performed annually thereafter at the regional event. In just three years, Ruth's company was firmly established with a reputation for originality and creative accomplishment in its performances. Ruth particularly displayed her virtuosity in the field of jazz, with its intricacies and complexity of form. Ruth kept her company small so that individual dancers could attain varied experience as well as strength and endurance. She also nurtured new choreography. As her friend and teacher, Bess Finch said in an interview with The Atlanta Journal-Constitution, " .. The reason for the Ruth Mitchell Dance Company is to do new, experimental, creative things, to give choregraphers a chance to choreograph." The Atlanta Concert Dance Group consisted of junior, intermediate, and senior divisions, the senior group performed under the name "Ruth Mitchell Dance Company" and conducted tours from Florida to Tennessee, in colleges and concert series, while presenting two performance seasons each year for Atlanta audiences, one of which featured innovative jazz choreography. A 1966 review in The Atlanta Journal-Constitution said, "Certainly members of the Ruth Mitchell Dance Company tackle some surprising themes in the twice a year concerts. Productions of their fall seasonmix beauty, humor, excitement, and grim horror..The Ruth Mitchell group, one of the three in Atlanta ranked as a "National Honor Company" by the National Regional Ballet Association, has always emphasized theatrical aspects and dramatic values of it's dancing as much as ballet techniques. It tries basically to be good theater." As choreographer, Ruth was a leading innovator in correlating classic and jazz forms. She received recognition of her ability through audiences' delight and critics' approval, and by the praise and interest of renowned dancers and choreographers. Some of Ruth's memorable choreography includes, "Cindy", "Archy and Mehitabel," "Panopticon," "Dark Side of the Moon," and "Tubular Bells." Other pieces were based on popular music such as The Alan Parson's project's "Tales of Edgar Allen Poe" and an interpretation of the classic rock opera "Tommy" by the Who. Starting in the late 1960's through the 1970's, Miss Ruth offered dance camps each summer in the North Georgia mountains for her young dancers. She opened a second studio in Marietta, and then sold the Buckhead studio and eventually also the one in Marietta yet this studio kept the name Ruth Mitchell Dance Studio. Miss Ruth thought she would retire but was asked to teach on a freelance basis and she did so into her eighties. In 2007, she was presented the Georgia Arts and Entertainment Legacy Award. When she lived in New York city, she had attended Columbia University for two semesters. She liked school but found it an impossible schedule while performing each night on Broadway. Her dancing kept her busy for many more decades but finally at 80 years of age, she enrolled at Georgia Perimeter College to work towards a degree in journalism. She maintained a 3.5 GPA and was inducted into the National Honor Society. Ruth was a life-long learner and teacher. She is survived by her son Jeffrey Whatley Kimbrell and his wife Jenny Kimbrell, her grandson John Whatley Kimbrell and his wife Sarah Staats Kimbrell, her nephews William Douglas and Charles Mitchell Penuel, Charles' wife Rebecca Drane Penuel, and her great nephew Colin Mitchell Penuel. Memorial service will be held at Saint Dunstan's Episcopal Church 4393 Garmon Rd NW, Atlanta, GA 30327, Thursday July 27, 2017 at 2PM. In lieu of flowers donations can be made to either of Miss Ruth's favorite charitable organizations, Saint Dunstan's Church, or Miles for Cystic Fibrosis, www.milesforcf.org.

Published by Atlanta Journal-Constitution on Jul. 23, 2017.
To plant trees in memory, please visit the Sympathy Store.
MEMORIAL EVENTS
Jul
27
Memorial service
2:00p.m.
Saint Dunstan's Episcopal Church
4393 Garmon Rd NW, Atlanta, GA
Funeral services provided by:
H.M. Patterson & Son-Canton Hill Chapel
MAKE A DONATION
MEMORIES & CONDOLENCES
Sponsored by H.M. Patterson & Son-Canton Hill Chapel.
21 Entries
Julia Mathias Taylor
Atlanta, GA, formerly of Rome, GA
Julia Taylor
February 8, 2019
You were so loved! And you are still to this day my own personal representation of elegance, taste, and grace. The fondest memories.
Jill Locke
January 31, 2018
It was the honor of my life to have performed under her name and to have been in original casts of some of her best known works. Ruth's vision is constantly being brought to bear, living on through the students of the many dancers whose careers she made possible. "It sounds an echo in my soul....how can I keep from singing" traditional -from the 1994 Ruth Mitchell ballet "A Life Remembered"
Kim McCachren Sellers
August 6, 2017
Miss Ruth was a huge part of my life and I will always remember those years fondly. I'm so sorry I missed the service where I would hoped to have seen some of my fellow dancers.
Donna Gude Barwick
Student
August 3, 2017
Ruth Mitchell was my teacher, mentor and inspiration. The fuse she lit in my soul burns brightly still today. I feel blessed to have been in her presence during my formative years.
Laurie Wendorf
Student
July 30, 2017
Ruth Mitchell was multi-talented and multi-dimensional. She was beautiful inside and out. She not only provided a place for us to dance and fulfill our dreams - she also provided a home for us - away from the stresses of life and into her world of dance and music. I am forever grateful to her and to the wonderful role model she remains. It was an honor to know her and love her.
Leslie Parker
July 27, 2017

Pretty much since my birth in 1957 Ruth has been a major part of my life! My dear friend, mentor, teacher and second mother, my own sweet mom Bess' best friend. I owe my incredible career to these two great women, a lot of my good habits and almost all my Bad habits too!! What an amazing journey and legacy that will live in me forever and be passed on to many generations to come !! Bravo Miss Ruth all my ❤ your Anne
Anne Finch Nehring
July 27, 2017
to the woman-teacher- mom I will LOVE and cherish for LIFE even more than life.
patsy 143 Terpsicorps Theatre-Terpsichore
patricia bromley
July 26, 2017
Patricia Bromley
July 26, 2017
Extending my sincere sympathy for your loss. May you find comfort in God's loving promises found at
Isaiah 51:12
Anita
July 25, 2017
Joyce Glaze
Friend
July 24, 2017
she walked in beauty
love,
ramona COWART O Neill
Friend
July 24, 2017
I owe my professional career to this amazing woman.

Ruth nurtured talent with all her heart and soul and never made money her raison d'etre. The dance and her dancers, who brought her visions to life, were her reward.

I will forever remember those mirrored walls, the aroma of rosin on wooden floors, the occasional squeak of a toe shoe or ballet slipper, the dancer-created humidity and heat, the sounds of jazz and classical piano music playing from the LP, and Ruth's soft voice guiding us along the way.

Thank you, Ruth, for everything you did for me.

Tommy Fountain - Company member 1975-1978
July 24, 2017
I could echo the praises from the Atlanta dance community, remembering like everyone her natural grace, her impeccable fashion sense, and her dry wit. But she was my dance mom, so I need to speak of her in more intimate and complex terms.

A dance mom sees things in you that no one else does. She believes in you, and in believing in you she gives you at the same time a sense of purpose and countless terrifying opportunities to disappoint. She can make your day or completely tear you down with a single word. She makes you work harder than you think you can, she makes you ache, but at the end of the day she makes you feel stronger and more accomplished than you ever thought possible.