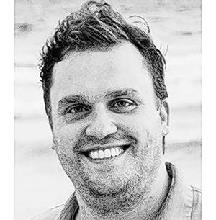 BORN
1988
DIED
2020
ALDRIDGE, William Stephen Jan. 15, 1988 - Sept. 5, 2020 Stephen was born January 15, 1988 in Atlanta, Georgia. He was welcomed with excitement and love from his dad and mom, David and Lisa, and older siblings, David and Margaret. As the youngest of the Aldridge Family he quickly became a little brother to many of the older siblings' friends. Stephen was known for his contagious laughs and warm teddy-bear hugs. He had a love and passion for sports and coaching which began at a young age and quickly earned him the nickname "Ballgame." He played quarterback for the Westminster Wildcats where he set a school record for the most passing yards in a single game. Later, he carried his small nieces just like footballs, protecting them in every way. Stephen also excelled in baseball and, as a sophomore, was a starting pitcher on the Varsity team. He once pitched a no-hitter during an AAU world series for his East Cobb baseball team. Stephen graduated from the Westminster Schools in 2006. He later graduated from the University of South Carolina with a degree in Sports Management and a lifelong passion for the Gamecocks. He was a member of the Sigma Alpha Epsilon fraternity and was very active in intramural sports. No one loved a football game at Williams-Brice Stadium more than Stephen. Possibly his favorite memory as a college student was the weekend spent in Omaha with David, his best friend and dad, where they watched their team win the College World Series. At USC he made many memories and friends, including the love of his life, Lauren Lanford. After college Stephen lived in Savannah and Dallas, Texas. After being away for 10 years, he moved back to his Atlanta roots and his loving family. The admiration he held for his dad and brother's careers in the real estate industry inspired him to follow his passion for the business, he was affiliated with Harry Norman Realtors of Atlanta. Stephen's mentor and friend at Harry Norman, Sister Hood, recently said, "Stephen had a lot of great qualities. He was so enthusiastic and was on track to be Rookie of the Year at Harry Norman." When Stephen was not working he was happiest on his beloved farm and visiting his riverfront properties. He loved hunting and fishing at the farm, especially when his nieces were by his side. He was the best bonfire builder to cap the night with S'mores. With a heart of gold, Stephen checked in multiple times a day and never hung up without saying "I love you," he often made surprise drop-in visits to see his nieces in Gainesville and never missed a Sunday porch supper. Most importantly, Stephen knew and loved God. While we will miss the drop-in visits, the hugs, calls, and time with our precious "Uncle Steve," our family is comforted knowing he is at peace with Our Heavenly Father. William Stephen Aldridge went to be with The Lord September 5, 2020. While his time on Earth was far too short, Stephen left this world accomplishing, experiencing, and impacting more than most could do in a far longer lifetime. He understood the world in a way few can and knew tomorrow was not a guarantee, a philosophy that guided the way he lived: one day at a time. Last week, he flew a plane for the first time and told his instructor it was among the greatest experiences of his life. Stephen will be forever remembered by his beloved parents, David and Lisa Aldridge, brother David Aldridge (Haley) and sister, Margaret (Neil) Gaines of Gainesville. He will be dearly missed by his four adoring nieces, Ann Morgan and Palmer Aldridge and Annie Kate and Payton Gaines, who will care for Stephen's forever partner, his Basset hound, Ace, until he returns to Stephen in heaven. Stephen is also survived by his grandmother, Janet Aldridge, and numerous cousins, aunts, uncles and extended family. Stephen has already been reunited at Heaven's gates with several best friends, grandparents, and extended family who were called home to God before him. We feel assured he is in the arms of his beloved Granny looking down on us always. The family will honor Stephen and celebrate his life at a private memorial on September 12. In lieu of flowers, the family requests donations to Canine Assistants, an organization Stephen loved and supported in life.

To plant trees in memory, please visit our Sympathy Store.
Published by Atlanta Journal-Constitution from Sep. 9 to Sep. 10, 2020.
MEMORIAL EVENTS
No memorial events are currently scheduled.
To offer your sympathy during this difficult time, you can now have memorial trees planted in a National Forest in memory of your loved one.
MAKE A DONATION
MEMORIES & CONDOLENCES
3 Entries
Sweet Lisa and David, my heart breaks for you in the loss of Stephen. Though it’s been a long time since I’ve been with you all or Stephen, I will always remember what a kind, fun loving boy/young man Stephen was. He always had a smile on his face!! He was loved by his close group of friends from Buckhead Baseball/Westminster-Lovett and I’m sure anyone he came to know! So many fond memories from Buckhead Baseball days-there were many!! You are all in my thoughts and prayers.❤❤
Nancy Thomas (James mom)
Nancy Thomas
Friend
September 9, 2020
My thoughts and prayers ate with the Aldridge family in this time of grief. May the God of all comfort comfort you through this most difficult time.
Neighbor
September 9, 2020
Dear David and Lisa,
What a wonderful young man. We are so glad that we were able to watch him grow up since he was a bat boy at Frankie Allen Park. He was never without a smile. So muchlike his parents. We will miss him.
We know where he is now but will be praying for all of the family in his absence.
We love you,
Bo and Paula Smith