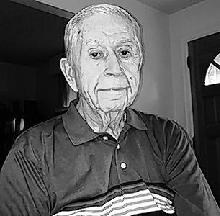 William Washington "Billy" Scott, III of Decatur, GA passed away at age 97 on Monday, May 3, 2021. Billy was born on February 3, 1924 and was the only son of the late W. W. Scott, Jr. and Bessie Mae Walker Scott. He grew up in Atlanta and was a proud graduate of Tech High School in Atlanta. After graduation, Billy attended Georgia Tech and later received his master's degree in Nuclear Physics from the University of Virginia. He spent the majority of his professional career with the Newport News Shipbuilding Co. in Newport News, Virginia where he was one of the engineers responsible for developing the nuclear reactors that, even today, propel United States Naval warships. Mr. Scott was an Army veteran who saw action in both World War II and the Korean War. He is survived by cousins Deborah Walker Hayes (Mrs. Ronald V.), Mark Walker Payne (Connie), Scott Philip Payne (Kathleen), Jeffrey Lawrence Payne (Lori), Carlton Todd Hayes (Sara), and Julia Hayes Owens (Mrs. Kevin W.).

Billy was a reliable source of information on a multitude of subjects. To his family and friends, his loss leaves a cavernous void in our lives that will never be filled. Family and friends will share in a Celebration of Life at H.M. Patterson & Son Arlington Chapel, 173 Allen Road, NE, Sandy Springs on Sunday, May 16, 2021 at two-thirty in the afternoon with Rev. Bill Kelly officiating. Interment will follow at Westview Cemetery in Atlanta on Monday.

The family asks that in lieu of flowers donations be made to Pregnancy Resources of Doraville. Checks may be made to PROD in memory of W.W. Scott, III and mailed to: PROD, P.O. Box 660275, Atlanta, GA 30366 or the charity of one's choosing.