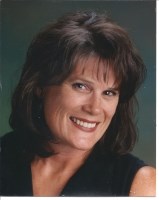 
Tico Marsh of Foresthill, CA passed on May 2, 2010. She was born December 14, 1947 in West Point, NY to Ellsworth and Florence Bailey.
Survived by a loving family: Sons, Mark Marsh, Christian Morrow, grandchildren Alex and Sam Marsh, Taylor and Kylie Morrow, sister, Honor Wiggins, brother, Ross Bailey, nieces and nephews: Jordan Bailey, Tania Gaston, Elise Wiggins, Garrett Wiggins, Danielle and Kinsey Gaston, and many, many dear friends.
Tico had recently retired from Placer County and was employed by HP as a Business Analyst.
A celebration of Tico's life will be held Saturday, May 8, 2010 at 10:00 AM at Lassila Funeral Chapel, 551 Grass Valley Highway, Auburn, CA 95603.
Phone (530) 885-6271 www.lassilafuneralchapels.com
Reception following service at the funeral chapel. In lieu of flowers, donations may be made to a favorite charity in Tico's honor. One charity of recent interest to Tico is Team Cambodia, Bayside Church, 8211 Sierra College Blvd St. 440, Roseville, CA 95661.

Published by Gold Country Media Newspapers from May 6 to May 8, 2010.
To plant trees in memory, please visit the Sympathy Store.
MEMORIAL EVENTS
To offer your sympathy during this difficult time, you can now have memorial trees planted in a National Forest in memory of your loved one.
MAKE A DONATION
MEMORIES & CONDOLENCES
Sponsored by Jordan A Bailey.
28 Entries
Its a year ago today that the angels came for you "Honey Bunny" I find myself at times smiling at the memories of our antics, our long conversations of support for one another...Thank you my friend..my life is not the same without you..God bless your beautiful spirit..love Victoria
May 2, 2011
Its been almost a year now since you left "Honey Bunny" but my heart is lighter, knowing that you will forever live in my memories!! I feel truly blessed to have known you..Love
Victoria
April 11, 2011
It will be your birthday soon "Honey Bunny" I will always remember the laughter and the true meaning of friends at the pajama party celebrations!!! God Bless your beautiful spirit. Love Victoria
December 2, 2010
It has been 5 months "Honey Bunny" I still miss you terribly and think about you everyday....Love Victoria
October 4, 2010
My thoughts and prayers are with Ticos, family and friends, at this time of sorrow. Sincerely Jean Nile
May 20, 2010
Our thoughts are with the Marsh family & friends at this difficult time. Rest in peace Tico.
Matt & Jenny Johnson
May 15, 2010
My eyes well up when I think of you, Tico. I will miss you and am thinking of your family at this difficult time. I hope memories of you will comfort them. You were such a special, gracious, fun person that I enjoyed being around. It breaks my heart that you were taken from us too soon. Sincerely, Sandy
Sandy Simester
May 14, 2010
Tico,

May you now be closer to those shining stars you watched at night. I know how much they meant to you. I will watch for you....the brightest one in the sky! You will be missed by all. My thoughts and prayers are with you and your family.
Lonna Carlile
May 10, 2010
For almost 20 years Tico filled my life with fun and laughter, she was one of a kind.

Tico was modest, a great story teller, and someone who always made time to help a friend in need.

I love you Tico and I am going to miss you terribly my friend. You will stay forever in my heart.
Linda Dickerson
May 8, 2010
My Sympathy to Tico's Family,
Like so many others, the loss of Tico is heartbreaking. She could go into a room of strangers and leave with new friends,so genuine and engaged. A special friend you thank God for blessing your own life with. I shall miss hearing her laugh,singing to KT Oslin,the off-the-wall things she'd say that kept me laughing even years later, that's Tico. She told about foxhunts at her Grandfathers,raising a child in Haight Ashbury,she was a storyteller that kept all her friends along her way, everyone was important to her. Speaking of and being with her family lit her up. This year she was blessed having her sons reunited, I've never known her to be happier. I choose to see her wrapped in love and peace with the love of her life, looking down on all the ones she loved passionately. My thoughts and prayers are with all of you.
Judy Francis
May 7, 2010
Our friend Tico was a respected, valued and much loved member of our HP CalWIN project family.....she will be very much missed and never forgotten by those of us who were fortunate to have met and worked with her! My thoughts and prayers are with her family, including Kathy R and Demaris.
Patsy Faszer
May 7, 2010
What a blessing to have had the opportunity to meet you-) There are no words that can truly articulate the appreciation I will forever carry in my heart for giving me the opportunity to live an amazing life! Rest in peace in our Heavenly Fathers Eternal Kingdom. Leslie, Taylor, Kylie, and I will cherrish the time we had with you in this life time and look forward to seeing each other again in Heaven. Much love Tico you will be missed.
Love your other son- Christian Welte Morrow
Christian Morrow
May 7, 2010
Dear Tico and Family,
I can hear your laugh, see your smile, and hear you cracking a joke as if you are right here. You always brought so much fun wherever you were, and were everybody's rock so often.
Much too soon for you to leave us all.
But I know beyond a doubt you are seeing your loved ones that have gone before you, and there's much laughter and joy in Heaven just because you are there.
You left a huge imprint in this world. I think of you as one who really lived her life, and there's a huge lesson in that - thank you Tico.
Glenda Williams
May 7, 2010
With Tico's passing, we have lost a lovely and significant member of our family.

Phylis and Harry Morrow
May 7, 2010
To the Marsh family...you don't know me, but your mother touched my life in such a powerful way...I was always envious that I wasn't part of her family, because I knew she would have died for each and every one of you...you were her heart! Tico was beautiful, loving, generous, funny as heck, wise...she helped me go through some trying times with my teenage daughter. I felt so blessed to be in her life...I knew that she had so many that loved her so much, I was honored to be one of those. My heart and prayers are with you. God bless you all, Tico's friend, Maurey
Maurey Vasquez
May 7, 2010
Dearest Marsh family, our deepest condolences to you all. Our hearts are filled with sadness at your loss of Tico. We want to let you know that our families loving thoughts are with you. May you find peace during this difficult time and, may God bless your family.
Sincerely,
The Sweets
Debbie Sweet
May 6, 2010
Deepest sympathy to the family of someone who brought us many laughs during our working years together at HHS. Whenever I would hear laughter around my cubicle I knew it had to be Tico. I'm grateful for the time we spent together.
Laura Vanzandt
May 6, 2010
Our friendship was so special. I will never forget what a gentle, kind, compassionate, loving lady she was. She could always make things better for me by her gift of using just the right words. I will miss her so very much. My heart is broken. My condolences to you Mark, and your family. Mary Kaye Mintline
May 6, 2010
Dear Tico's Family, May your many memories bring you great comfort. Tico touched so many peoples lives with love and humor; she will be missed. My thoughts and prayers are with you.
Joy White-Keeler
May 6, 2010
I loved our chats in your office in DeWitt. God has taken you too soon....My heart goes out to your family at this sad time and I pray for God's Strength to carry them through.