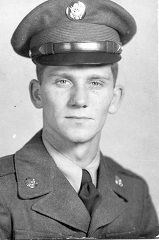 AUBURN |John F. "Jack" Gridley, 86, of Auburn, passed away peacefully at Auburn Community Hospital on Friday, Dec. 4, 2015, with his family by his side.

Mr. Gridley was born in Candor on Feb. 2, 1929, the son of the late Francis H. and Bessie Vargason Gridley. Jack was an Army veteran. He proudly served his country during the Korean War; he was awarded the Purple Heart for injuries he received during combat. Jack was an equipment operator, employed with NYSEG for 37 years. He was a lifetime member of the VFW Post 1975, the American Legion SK Post 1324 and the Utopia Club. Jack enjoyed spending time with his family.

He is survived by his loving wife, Mary (Walters) Gridley, with whom he celebrated 65 years of marriage on September 23, 2015; his children, Kathleen Gridley Sliwka, of Auburn, Jackie (John) O'Connell, of Weedsport, and John Gridley II, of Auburn; his beloved grandchildren, Joe and Tim Sliwka, Erin O'Connell, Danielle O'Connell Darby and Samantha Gridley; his great-grandchilden, Zeke, Skyler and Zoe Sliwka, Jack and Jenna Sliwka; great-great-grandchildren, Ava Hildebrant and Landon Darby; nieces and nephews.

Jack was predeceased by his parents; and his brother, Charles R. Gridley.

Donations in memory of John "Jack" Gridley may be made to the Paralyzed Veterans of America, 801 18th Street NW, Washington, DC 20006. 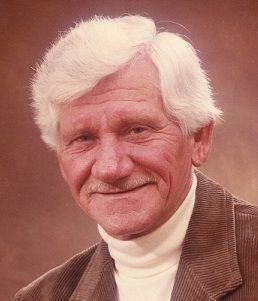 Published by The Citizen on Dec. 6, 2015.
To plant trees in memory, please visit the Sympathy Store.
MEMORIAL EVENTS
To offer your sympathy during this difficult time, you can now have memorial trees planted in a National Forest in memory of your loved one.
Funeral services provided by:
White Chapel Funeral Home
MAKE A DONATION
Please consider a donation as requested by the family.
MEMORIES & CONDOLENCES
Sponsored by White Chapel Funeral Home.
0 Entries
Be the first to post a memory or condolences.