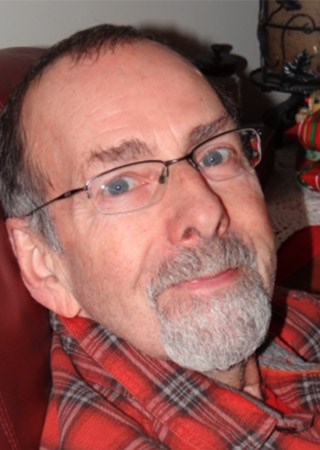 AUBURN - John F. Jarvis, 71, of Auburn passed away peacefully at home the morning of Saturday, October 16, 2021. John's devoted family supported and cared for him throughout his lengthy battle with Alzheimer's Disease and were by his side in his final moments.

John, the son of the late Ned and Helen (Piorun) Jarvis, was a lifelong resident of Auburn. Following his graduation from West High School, John attended R.I.T. where he earned a degree in Engineering. This degree led him to a 37-year long career with the City of Auburn's water filtration department, from which he retired in 2015.

John always felt at home in the outdoors and enjoyed any activity that would allow him to be immersed in nature. In addition to being an avid hunter and skier, John also possessed an affinity for gardening and deep knowledge of local birdlife. Music was also an integral part of John's life; anyone who knew John could testify to his tremendous love for the Grateful Dead, who he had seen in concert well over 50 times. Above all, John lived to share these passions with his loved ones.

A private service will be held this week at the convenience of the family in the Pettigrass Funeral Home. In lieu of flowers, contributions may be made to the Alzheimer's Association in John's memory.

Published by The Citizen on Oct. 19, 2021.
To plant trees in memory, please visit the Sympathy Store.
MEMORIAL EVENTS
To offer your sympathy during this difficult time, you can now have memorial trees planted in a National Forest in memory of your loved one.
Funeral services provided by:
Pettigrass Funeral Home
MAKE A DONATION
Please consider a donation as requested by the family.
MEMORIES & CONDOLENCES
Sponsored by Pettigrass Funeral Home.
9 Entries
Dear Cindy, Cam, Cal, and Emma, So sorry to hear about John. He sounded like an amazing Husband and Dad. Our thoughts and prayers are with you. You did a great job raising three terrific kids. He will live on in them.
MaryAnn and Felix Mucedola
Work
October 21, 2021
Hello it as been such a long strange trip, but I remember John and you (Cindy) fondly. So sorry for your loss. Sending my prayers and love to you and the family. If you want to get in touch there is always FB. I do get back to NY often.
Teresa Sofinski
October 20, 2021
Thoughts and prayers.
Steve Pesarchick and Sue Myers
October 20, 2021
Charlie and I were very sad to hear this news. John was such a good friend (and housemate for about 5 years back in the late 70s). We are thinking of you all.
Judy Scott
Friend
October 19, 2021
Cindy and family, We are so sorry for your loss. We are sending prayers to you, Cam, Cal, and Emma.
Mary and George Daniels
October 19, 2021
John was always a pleasure to be around.. Kind and Caring just to name a few of his ALWAYS friendship kind of guy ! He put his Heart and Soul into his City of Auburn work and will be missed by all who worked around him .. R.I.P.
David T. Rabuano
Work
October 19, 2021
I am very sorry to read of the loss of your family member, relative, friend and former coworker.
Lois Terino Gray
Friend
October 19, 2021
There are too many memories to share in public even though a vast majority could be stated in public. My heart goes out to all of you for our loss but now you can all exhale and ease back into life. John was very lucky to have you all as caregivers in his battle with that dreadful disease.
Keith Welch
October 19, 2021
May God bless you and your family in this time of sorrow.
Joe and Sue Kalet
October 19, 2021
Showing 1 - 9 of 9 results