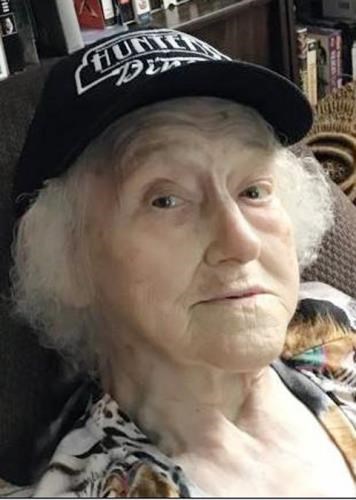 UNION SPRINGS - Lillian "Susie" Roche, age 92, died peacefully at home in Union Springs on October 17, 2021. Lillian was born to Paul and Lillian Fischer on August 9, 1929, and grew up in Geneva with her sister Rosemary Dodsworth.

Susie worked at the Geneva Telephone office. Susie met her husband Edward "Ed" Maurice Roche at Reva Rollerdome in Auburn and they married on December 27, 1950. Ed and Susie remained avid roller skaters well into their 70's. Susie spent several years impacting the lives of young people at Union Springs Academy and Union Springs Central School as a member of the cafeteria staff.

Susie is survived by her husband Ed; and three sons: Edward (Mary Ann), Stephen (Terri), and William (Karen); as well as sister-in-law Sally deMeritt; and brother-in-law David Roche. She was preceded in death by her only daughter Linda Sue Walker who gave her a grandson, Brendan Clifford Walker, as well as her sister. Susie's sons provided her and Ed with nine grandchildren and several great-grandchildren.

Services will be held Sunday, October 24, at 10:30 AM, in the Auburn Seventh-day Adventist Church, 56 Prospect Street, Auburn. Interment will follow at Fort Hill Cemetery. Condolences may be made at www.brewfuneralhome.com.

Published by The Citizen on Oct. 22, 2021.
To plant trees in memory, please visit the Sympathy Store.
MEMORIAL EVENTS
Oct
24
Service
10:30a.m.
Auburn Seventh-day Adventist Church
56 Prospect Street, Auburn, NY
Funeral services provided by:
Brew Funeral Home
MAKE A DONATION
MEMORIES & CONDOLENCES
Sponsored by Brew Funeral Home.
2 Entries
Dear Bro. Ed, so sorry for your loss. I have such sweet memories of Susie. It won´t be long now before you see her again. What a wonderful day that will be. Praise God.
Carmen Gonzalez
Friend
October 23, 2021
So sorry to hear about Susie she was a good friend for many years. The Roche's and the Pratt's were friends for many years my Dad helped Mr. Roche get the paces of the house out of the train car and moved up to where the house was built. Wish we could be there I don't get around very good and Sandi has about all she can do to keep us going. God bless hope we all meet together down the road..
Mr.& Mrs. James Pratt
October 23, 2021
Showing 1 - 2 of 2 results