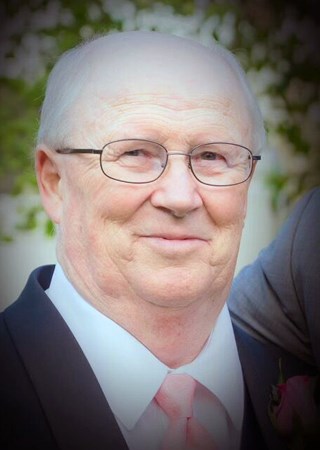 LAS VEGAS, NV - Richard Lee Pratt, 76, passed away peacefully on September 7, 2021 with his two children by his side.

He was born in Algona, Iowa on April 25, 1945 to Lloyd and Helen Pratt. He and his brothers, Larry and James enjoyed a memorable childhood. Growing up, he loved playing basketball at Algona High School and spending summers on Clear Lake. Richard attended Mankato State College, earning his degree in accounting. In 1968 he was drafted into the U.S. Army and was deployed to Vietnam. After the Army, his career took him through Iowa, Minnesota, Ohio and eventually the Finger Lakes region where he met his love and soulmate, Laura Pausley. They married on November 15, 1975 at Saint Alphonsus Church in Auburn, NY. In 1981 they welcomed their son, Dustin, followed by their daughter, Tarah, in 1986. Actively involved in his children's lives, Richard supported their dreams, always encouraging them to work hard and never give up. Throughout his life, Richard was known for his calm and easy-going demeanor. In 2007, he and Laura traded in their snow boots for sandals, retiring to Las Vegas, NV. He enjoyed playing golf, watching Syracuse basketball games, reading a good book, spending time with family, and listening to some good ole' Bob Dylan.

He was pre-deceased by his beautiful wife, Laura in 2019. Having his granddaughter, Lyric, always made the difficult times a little easier. Today, Richard and Laura are together again, shining down on all who loved them.

Richard is survived by his children: Tarah and Dustin (Cathy); granddaughter, Lyric; and a grandson on the way, all of Las Vegas, NV; sisters-in-law: Lois Hough of Las Vegas, NV and Donna Pratt of Des Moines, IA; brothers-in-law: Lane Pausley of Auburn, NY and Blair Pausley of New York, NY; and numerous cousins; nieces; and nephews.

Richard will be sorely missed by all who loved him. A service will be planned for a later date in Auburn, NY.

Published by The Citizen on Sep. 14, 2021.
To plant trees in memory, please visit our Sympathy Store.
MEMORIAL EVENTS
To offer your sympathy during this difficult time, you can now have memorial trees planted in a National Forest in memory of your loved one.
MAKE A DONATION
MEMORIES & CONDOLENCES
0 Entries
Be the first to post a memory or condolences.