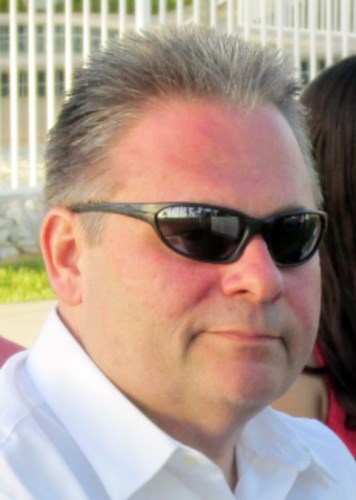 He was born in Staten Island, the son of Dell (Hoernlein) Cunningham and the late William R. Cunningham, Sr.

Bill resided most of his life in the Auburn area. He was an avid outdoorsman, and especially loved to spend time out on the water, which led him to spend many years working on boats as a marine mechanic. Besides the water, Bill enjoyed snowmobiling and riding dirt bikes. He was a former member of the Eagle's Club.

He is survived by his longtime partner, Dawn Casbarro of Auburn; his mother Dell Cunningham; brother John (Cindy Davis) Cunningham; as well as two nieces: Nicole and Mikayla.

A private service was held at the convenience of the family inside of the Pettigrass Funeral Home, 196 Genesee St., Auburn.

Published by The Citizen on Oct. 28, 2021.
To plant trees in memory, please visit the Sympathy Store.
MEMORIAL EVENTS
To offer your sympathy during this difficult time, you can now have memorial trees planted in a National Forest in memory of your loved one.
Funeral services provided by:
Pettigrass Funeral Home
MAKE A DONATION
MEMORIES & CONDOLENCES
Sponsored by Pettigrass Funeral Home.
3 Entries
Dell, I am so sad to hear of your loss. Billy was a great friend. I remember so many good times on the water as kids at camp. Mom is going to call you. Condolences.
Debbie Burgess
November 3, 2021
Dawn, I just read obituary on Bill...I am so sorry. My prayers and condolences are with you.
Lorrie Gleason
October 29, 2021
I am very sorry to hear of the loss of Bill. We grew up on Perry St together. Many fond memories from our childhood days. My sincere sympathy to Bill´s family at this difficult time.
Lori Major Babiarz
October 28, 2021
Showing 1 - 3 of 3 results