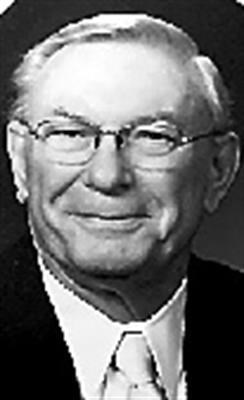 FUNERAL HOME
Thomas Poteet & Son Funeral Directors - Augusta
214 Davis Road
Augusta, GA
Wright, Jr. AUGUSTA, Ga. - Frank Eugene Wright, Jr., 79, entered into rest at his residence surrounded by loving family. He was the son of the late Frank Eugene Wright and Jane Duke Woodward. Frank was a lifelong resident of Augusta and a graduate of Boys Catholic High School and Augusta College. He is preceded in death by his daughter, Jan Wright Niles and brother, Walter C. Wright. He is survived by his loving wife of 49 years Kay Smiley Wright, a son Chris Wright and daughter, Amy Glaze (Sean), four grandchildren Abbey, Emily, Andrew and Taylor and two sisters Carol Wright (Joe) and Cathy Gooding (Dill). He was blessed with a very close extended family including in-laws, nieces and nephews. He was an accountant for Lily Tulip Cup for 43 years, retiring in 1999 as plant comptroller. He was an active member of First Baptist Church of Augusta and the Caring Coeds Sunday School Class. Funeral services will be held Monday, October 24, 2016 at 11:00 A.M. in the Storey Chapel at First Baptist Church of Augusta with Rev. Greg DeLoach and Rev. Ken Word officiating. Interment will follow in Westover Memorial Park. Pallbearers will be his nephews and honorary pallbearers will be the members of the Caring Coeds Sunday School Class. The family will receive friends Sunday evening from 6:00 until 8:00 P.M. at Thomas Poteet & Son Funeral Directors, 214 Davis Rd., Augusta, GA 30907 (706) 364-8484. Please sign the guestbook at www.thomaspoteet.com

Published by The Augusta Chronicle on Oct. 22, 2016.
To plant trees in memory, please visit the Sympathy Store.
MEMORIAL EVENTS
To offer your sympathy during this difficult time, you can now have memorial trees planted in a National Forest in memory of your loved one.
Funeral services provided by:
Thomas Poteet & Son Funeral Directors - Augusta
MAKE A DONATION
MEMORIES & CONDOLENCES
2 Entries
My sincere condolences on Frank's passing. Although I only saw him at the Clark Family Reunion, it was always a pleasure to talk with him and catch up. He was always a gentleman and spoke kindly of everyone. We will all miss him.
Terry Hall
Family
August 11, 2017
So sorry to hear of Frank`s passing. We will keep the family in our prayers. Love and blessings to the family.
Chloris and Noel McGahee
October 24, 2016
Showing 1 - 2 of 2 results