James Cobb Sr.
FUNERAL HOME
Rowland Funeral Home
637 West Martintown Rd
North Augusta, SC
NORTH AUGUSTA, S.C. - Mr. James "Jim" R. Cobb, Sr., 76, made his transition early morning of Thursday, February 11, 2016 after battling cancer. A memorial service and Celebration of Life with Masonic Rites will be held at 2:00 PM on Saturday, February 13, 2016 in the Chapel of Rowland Funeral Home with Rev. Barbara Grace officiating. Jim was a retiree of the Savannah River Plant where he worked as a sheet metal worker. He was also a barber and had worked at several barber shops in Augusta, GA. Jim was a member of the Unity Church in Augusta, and a member and past master of Hopewell Masonic Lodge #127 in Jackson, SC. He was also a member of the Scottish Rite and the Mystic Shrine. He had been in the clown unit and go-cart unit of the Shrine. He was avid antique car enthusiast and loved to sail. He was past president of the GaSCar Antique Car Club in Augusta and was a current member of the Augusta Sailing Club, among other clubs during his lifetime. He helped his wife in rescuing Boston terriers. His favorite t-shirt pictured a Boston terrier in a superman outfit that said, "I rescue Boston terriers. What's your superpower?" He is survived by his wife, Susan Folden Cobb; a son, James R. Cobb, Jr., both of North Augusta, SC; two daughters, Ginger Winters of Vallejo, CA and Judy Chavez of Benicia, CA; a brother, John R. Cobb of Chesapeake, VA; a sister, Gloria Rife of Blanco, TX; 8 grandchildren; and 3 great-grandchildren. He is also survived by his 2 beloved Boston terrier dogs, Dottie and Betsy. He was preceded in death by his parents, John R. Cobb, Jr. and Lea M. Cobb Hedges; and a sister, Linda Otto. The family will receive friends at the funeral home one hour prior to the memorial service. The family wishes to thank Mrs. Wanda Valentine, dear family friend and Jim's best friend for her support and aid during his last days. In lieu of flowers, the family requests donations be made to Unity of Augusta, 2301 Central Avenue, Augusta, GA 30904; contribute to The Shriners Hospital for Burned and Crippled Children through Jamil Temple, 206 Jamil Road, Columbia, SC 29210; or donate to a favorite animal rescue organization. Please visit the online register at www.rowlandfuneralhome.com Rowland Funeral Home is in charge of arrangements.

John and Kate Akins
Kate Akins
February 12, 2016
shocked and saddened to learn of the loss of Jim....what a wonderful human he was and will be sorely missed.
Jean Strein
February 12, 2016
Jim Cobb was a great man and a great friend. I don't think you could love sailing or love people more than Jim did in his every day mindset. Jim was all-in if he was helping you on a project or if he was committed to doing something. He was cheerful even in the midst of a disaster. He could be turned over and cold in the middle of the lake and still smiling while being rescued. He also is the man who would come rescue you if you were in trouble or needed help. He would give you about twice as much help as you asked for. He was on time, he was devoted and he was a giving soul. All those who were lucky enough to be his friend will back all this up for generations to come. Jim, I am sorry you are gone. You did great for your fellow man. You took care of everybody you met. You made the world a better place day by day and deed by deed. God Speed Jim, you deserve the great reward which you are going to receive. An eternity of sunshine and good wind are all there for you. You are missed already.
Jeff Annis
February 12, 2016 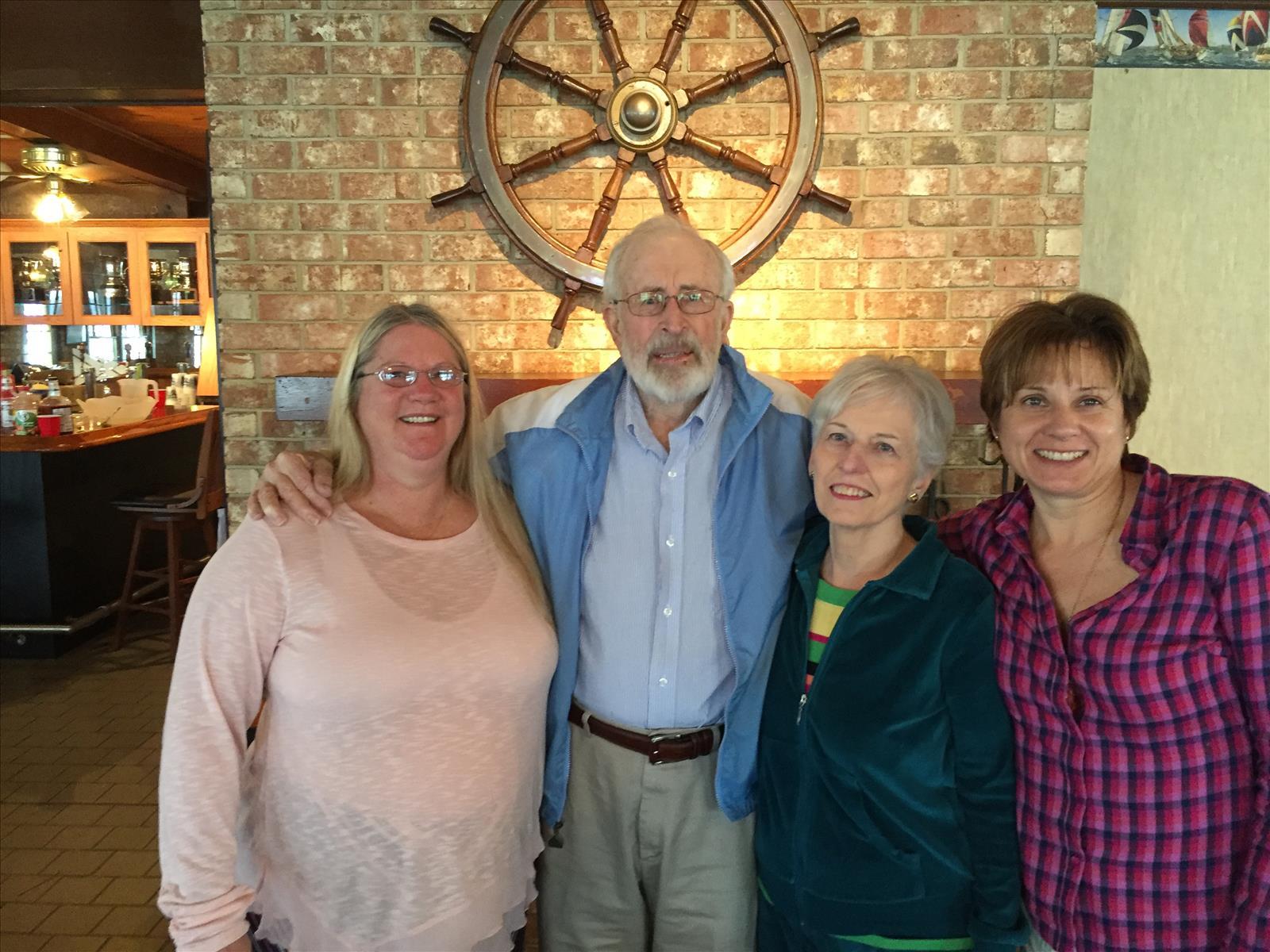 My dearest condolences to Jim's family. Jim was a wonderful person and a great friend. I will miss him very much. RIP
Siobhan Maley
February 12, 2016
Showing 1 - 9 of 9 results