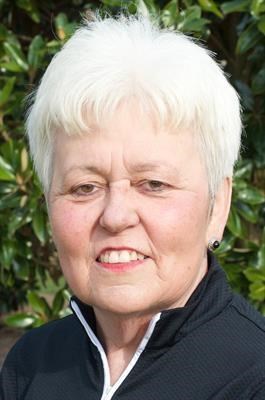 Libby was a revered Richmond County educator. She spent the majority of her career at Westside High School where she taught physics and chemistry and was later an assistant principal. She also taught at Tutt Junior High, and was an administrator at both Josey and A.R. Johnson.

Always a competitor, her boys' golf team at Tutt was undefeated during her years as coach. More impressively, her Westside physics team never lost a state title and the individuals on each team swept the top five places in the state every year.

She will best be remembered for her three great loves and one consuming passion. Her loves: her children and grandchildren, the game of golf, and her beloved Georgia Bulldogs. Her passion: progressive politics fueled by her liberal bleeding heart. She would always joyfully and enthusiastically engage in conversation or heated debate on any of the topics above. Her sharp intellect and biting wit always ensured an enjoyable and memorable exchange. While she could certainly be headstrong she was also very loyal. Once you became her student, her friend, or her coworker; she was always on your team and you could always count on her.

To all of her former students: thank you. No matter what you got from her, she received back so much more from all of you. Her reward was seeing you all meet or exceed your potential both professionally and personally.

A memorial service will be Saturday, December 30, 2017 at 2:00 P.M. in the chapel of Thomas Poteet & Son. The family will receive friends one hour prior to the service, beginning at 1:00 P.M.

In lieu of flowers, Libby's wishes are that a donation be made to one of her most cherished charities: the Humane Society, Planned Parenthood, or the University of Georgia Foundation.