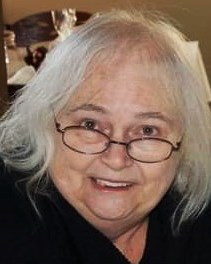 Bonnie made her home in Montgomery. She married Terry Drew on October 4,1969. Together they raised four children. The were blessed with 11 grandchildren and 11 great grandchildren. Bonnie had a passion for reading. She enjoyed shopping and lunches with her kids. She spent the majority of her career at Eagle Grocery until retirement.

She was preceded in death by her parents; her husband Terry, her sister Teri Lynn & brother in law Walter Kelleher, her brother Charles Deardorff and her nephew Scott Kelleher.

Per Bonnie's wishes, she was cremated and requested no service. In lieu of flowers or cards, please make a donation to your favorite charity in her name.

Published by Beacon News on Nov. 7, 2021.
To plant trees in memory, please visit the Sympathy Store.
MEMORIAL EVENTS
To offer your sympathy during this difficult time, you can now have memorial trees planted in a National Forest in memory of your loved one.
MAKE A DONATION
Please consider a donation as requested by the family.
MEMORIES & CONDOLENCES
2 Entries
My deepest sorrow and condolences to Bonnie's family! Bonnie was my childhood chum, we lived close by on Grove St. Aurora, IL. We did contact one another periodically over the years and did see one another at Eagles Grocery Store in Montgomery, where I lived with my family! We would bump into one another at Dept. Stores over the years as well. Rest In Everlasting Peace, my dear friend...missing you! :'( <3
Cheryl (Carpenter) Hounshell
Friend
November 8, 2021
Sheila and Dan, Sorry to hear of your mothers passing.
Dog
November 7, 2021
Showing 1 - 2 of 2 results