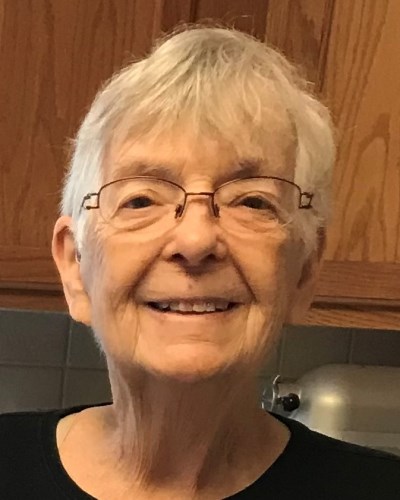 She is survived by Ted, her husband of 62 years; by her daughter, Susan (Sheila Ballen) of Philadelphia; by her son, Michael (Joan) of Western Springs; by her grandsons William, Andrew, and Thomas; by her sister, Jennice Ratcliffe (Robert) of Highland Park; by beloved nieces and nephews in Illinois, Texas, and Florida; and by legions of students who became far better equipped for life than they were before they met her.

The daughter of the late Griff and Jessie (Johnson) Morsch and sister of the late Sylvia (Robert) Schaefer and the late Gary (Koren) Morsch, Diane was born in Sandwich, Illinois on December 19, 1935. After graduating from Somonauk High School, she entered what was then Northern Illinois State Teachers College, receiving her degree in English Education and Psychology in 1958 from Northern Illinois University, one year later than planned because she took a several-semester leave to care for her infant brother, Gary, and her mother.

Immediately upon graduation, she began teaching English in the West Aurora public schools. She married NIU classmate Ted Crawshaw of Marseilles, Illinois on June 13 of 1959, just over a year after their first date, and he joined her in Aurora that fall, teaching at the same school, Franklin Junior High.

After a break to have and care for her children, Diane, at the request of her principal, returned to teaching in a newly created special-education role, for which he believed she was especially well-suited. It was a perfect match, thanks to her patience, empathy, and good humor. She subsequently earned her Master's Degree in Special Education from NIU, and spent the rest of her 27-year career helping kids who needed help.

Between the two of them, she and Ted logged 61 total service years in School District 129, until they both took advantage of an early-retirement option in 1993, a move that allowed them to enjoy much of each year at their cherished Northwoods cabin on Crystal Lake in Mercer, Wisconsin, where they would gather with friends and family, read books, play cards, and enjoy the pine air. There, in that tiny kitchen, she would eventually perfect every possible permutation of chocolate, yellow, or white cupcake with chocolate or vanilla buttercream, just to make sure that every child and grandchild got his or her favorite. Besides cooking and baking and spoiling her family, Diane had a passion for knitting, wordplay, puzzles, and social justice. She and Ted were especially proud to play a role in leading Wesley United Methodist Church into the Reconciling Ministries Network, affirming its mission as an inclusive, welcoming congregation with respect to the LGBTQ community.

In lieu of flowers, donations in Diane's memory may be made to the A+ Foundation for West Aurora Schools (c/o Community Foundation of the Fox River Valley, 111 W. Downer Place, Suite 312, Aurora, IL 60506) or Friends of the Mercer Public Library (2648W Margaret St, Mercer, WI 54547). For more information call 630-897-9291 or visit HealyChapel.com to sign the online guestbook.

To plant trees in memory, please visit our Sympathy Store.
Published by Beacon News on Jul. 13, 2021.
MEMORIAL EVENTS
Jul
14
Visitation
4:00p.m. - 7:00p.m.
The Healy Chapel, Aurora
332 W. Downer Place, Aurora, IL
Jul
15
Funeral
10:00a.m.
Wesley United Methodist Church
14 N. May Street, IL
Funeral services provided by:
The Healy Chapel, Aurora
MAKE A DONATION
MEMORIES & CONDOLENCES
5 Entries
My sympathy on your loss. Remember the good times. God Bless.
Dale Berman
July 17, 2021
So sorry to read of the passing of Diane. Many special memories of your fine family and our pastimes together. R.H. Roberts
Rob Roberts
Friend
July 16, 2021
Diane was one of District 129's true pioneers in special education. She was a great mentor to all of us who followed. She always had time to listen and share her ideas. She not only made a difference in the lives of her students, but also her colleagues. My sympathy to Ted and family.
Christine Crouch
Work
July 14, 2021
I am so sorry to hear of Diane´s passing. It was a privilege to know her and work with her at West High. Her dedication to her students was remarkable. She was a bright light during some very dark days. Her patience and wit were qualities I so admired. May you cherish her memory.
Carol Wilson
Work
July 13, 2021
We were so sorry to hear Diane passed away. What a beautiful lady. Our sympathy to you your family
Doug and Linda martin
Family
July 13, 2021
Showing 1 - 5 of 5 results