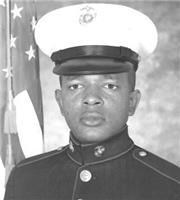 Born to the late Lee Roy Jackson and Orelia Marcella Hawkins on June 16, 1959, in Los Angeles, Calif. Cedric entered his final resting place on July 7, 2021. Cedric accepted Christ at an early age and dedicated his talents at the tender age of eight years
old. He enlisted into the U.S. Marine Corps in 1976. He served as a deacon, a pastor and as a chaplain and community liaison for the Los Angeles Sheriff's Department and served the community as a 32nd Degree Mason.
He served as head of his household, a business entrepreneur (providing jobs to the community), a health care administrator, a homeless shelter administrator, a politician serving as a city councilman and thus served as the National Director Stunts and Safety for SAG-AFTRA. Cedric was an instructor, an educator, a teacher, a preacher, a leader. He left no stone unturned to help anyone in need. "Well done good and faithful servant."
He was preceded in death by his youngest son, Cedric Leroy Jackson, II and survived by his wife of 39 years Ava Jackson, daughter January Jackson, son Shea Jones, six grandchildren, one great-grandchild and a host of nieces, nephews and beloved friends.
Published by The Antelope Valley Press on Sep. 9, 2021.
To plant trees in memory, please visit the Sympathy Store.
MEMORIAL EVENTS
To offer your sympathy during this difficult time, you can now have memorial trees planted in a National Forest in memory of your loved one.
MAKE A DONATION
MEMORIES & CONDOLENCES
1 Entry
Ava, Our condolences to you and your family.
Dana and Judy King
Other
October 6, 2021
Showing 1 - 1 of 1 results