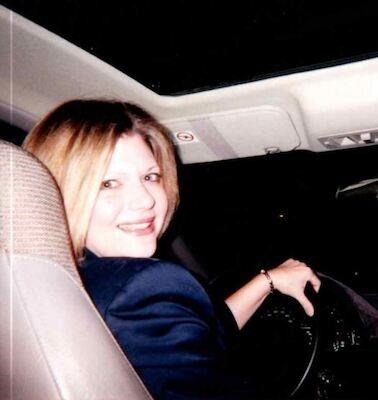 Andrea Marie Vandervort was born July 20, 1968 in Brainerd, MN and went to be with her Heavenly Father on October 1, 2020. She was a beloved mother, daughter, sister and friend. She was known for sparkling where ever she went and loved those closest to her with a fierce loyalty. She was also courageous, uplifting and supportive and fun to be around.

She is survived by her daughter Abigail Vandervort, mother Susan Malecki and her husband Victor, father Don Turcotte and his wife Cheryl, her brother Tom and his wife Nikki, sister Melissa Rezac and half-sister Ashley and step brother Christopher, nieces and nephews Tayla, Ayren, Zyler and Alex and Joshua who knew her as Aunt Bunny.

She started her career in accounting at Valley National Bank and then worked for a while at a dentist's office and then a motion picture company in Tucson, Arizona before settling into the construction industry where she spent the next 20 years. She moved her way up from an accounting manager to a controller and finally enjoyed her 10 year anniversary with Wood Partners as Contracts and Payables Manager for the western region of the US which afforded her the ability to travel a great deal. She fostered a love for travel and exploring new places; sometimes alone and sometimes with friends Lea and Jeanne who found her a great travel companion. Her most recent favorite places were Seattle, WA and Palm Springs, CA.

An informal celebration of life is planned at a glass front niche chosen to honor her in the Phoenix Memorial Gardens Mausoleum on July 20th (her birthday) from 1-3pm. There has also been a Tribute Paw set up at the Humane Society in honor of her feline love of her life, Scooby, also known as El Gato.