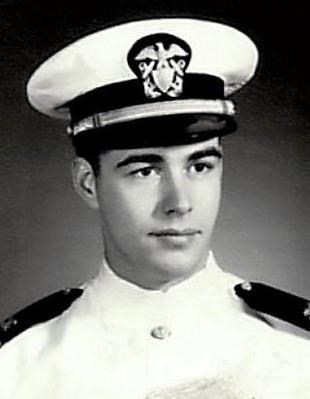 Born in Chicopee, MA, the son of Donald and Pauline Mathewson, he graduated from Chicopee High School and went on to earn a B.S. in Business Administration at Boston University in 1958.

He was commissioned as an Ensign in the U.S. Navy in 1959 and spent tour duty in New London, CT, on the USS Fulton followed by the USS Glacier - an icebreaker exploring the South Pole. In 1962 the US Geological Survey designated an area to be known as Mathewson Point in his honor.

Following his Navy years, David attended Harvard University from 1963-1964 where he was awarded a Master's Degree in Marketing and Business Administration. He went on to be Product Marketing Manager for Bird's Eye division of General Foods in 1964-1969 and then became National Co-op Advertising head of Kentucky Fried Chicken.

In 1976, he became owner of Select Financial Services in Mesa where he was designated a Certified Financial Planner and practiced tax assistance, estate planning and general business counseling. He continued to assist clients until 2016.

David was an active member of the Mesa Rotary Club, Grace United Methodist Church and did evening teaching at Mesa Community College.

He is survived by his daughter, Krista (Joshua), brother Alan Mathewson of Waterbury, CT, grandchildren, Joseph and Lillyann and his ex-wife of 38 years, Suzanne.

A memorial service will be held April 6th, 2019 at 1pm at Grace United Methodist Church in Mesa, AZ. In lieu of flowers, donations can be made to https://www.usvetsinc.org/phoenix/