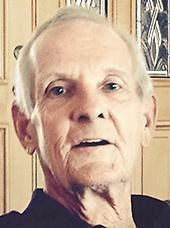 BORN
1947
DIED
2017
FUNERAL HOME
Messinger Mortuaries
7601 E. Indian School Road
Scottsdale, AZ
Paige, David A.
Loving husband and father, fun-loving uncle, brother, artist, a lawyer's lawyer, a man of faith, and a devoted advocate for his friends in Leogane, Haiti. David Paige died on the afternoon of February 16, 2017. He was at home, at peace, and surrounded by his family. David was born December 8, 1947, in Cambridge, Massachusetts, the youngest of four children to Ray & Betty Paige. In 1954, his family moved to Phoenix, where he attended Clarendon Elementary School. He graduated from West High School in 1965. He proudly served in the United States Marine Corps on a two-year enlistment from 1966 to 1968 and received an honorable discharge. He graduated from Arizona State University in 1970, majoring in English. Prior to entering law school at the University of Arizona, he was a Peace Corps volunteer in Sierra Leone. He was also on a hotshot crew as a firefighter for the United States Forest Service during college and after his first year of law school. He joined the Arizona Law Review in 1973 and was Note Editor in 1974-75. Despite having sworn he would never date a fellow law student, in his third year he met first year law student Jeanne Ronan, and they were married in 1976. They were best friends for over 40 years. Following graduation, he joined the law firm of Bilby, Schoenhair, Warnock & Dolph in Tucson. He remained friends with those colleagues for the remainder of his life. He ended his 35-year law career at Quarles & Brady in Phoenix, retiring in 2010. He was a brilliant and highly respected lawyer who mentored many attorneys during his career. More importantly, to his colleagues, he was the most ethical of lawyers. One colleague said he learned how to be an honorable lawyer from David. To his children, he was a soccer and a baseball coach, the family cook, their unwavering supporter, their mom's biggest fan, and a really cool guy. Their parents' devotion to each other remains a model for relationships in their own lives. In his retirement, he renewed his dedication to the people of Haiti by acting as the guesthouse manager for the hospital in Leogane, coordinating transportation, housing logistics, and translators for volunteer medical teams. This work became a ministry for him and his church community. During the last five years of his life, he traveled to Haiti eight times, spending over eight months as both a guesthouse manager and leader of his church's mission teams. He is preceded in death by his mother and father, Ray and Betty Paige, and his brother Carl. He is survived by his beloved wife Jeanne and their children Charlie, Maureen, and Nick (Andrea Vester); his grandchildren Henry Wallace and Charlie June; his sisters Christine Mikl and Margaret Henderson; his sister-in-law Connie Paige, and many nieces and nephews from both the Paige family and Ronan clan. A memorial service celebrating David's life will be held on Saturday, February 25, at 10:30 a.m. at St. Anthony on the Desert Episcopal Church, 12990 E. Shea Blvd., Scottsdale, Arizona. David asked that in lieu of flowers, donations be made to St. Anthony on the Desert, dedicated to the "Haiti Ministry." He fought the good fight, he finished the race, he kept the faith.

To plant trees in memory, please visit our Sympathy Store.
Published by The Arizona Republic from Feb. 22 to Feb. 25, 2017.
MEMORIAL EVENTS
Feb
25
Memorial service
10:30a.m.
St. Anthony on the Desert Episcopal Church
12990 E. Shea Blvd., Scottsdale, AZ
Funeral services provided by:
Messinger Mortuaries
MAKE A DONATION
MEMORIES & CONDOLENCES
Sponsored by Messinger Mortuaries Indian School Mortuary.
22 Entries
David was a blessing to the St. Cyril's Haiti Project, and we are grateful for him.Sad at his passing from this earth.He gave much life while he was here! Prayers and thanksgiving to all his loved ones. ...Peter and Liz Burnham
Elizabeth Burnham
March 23, 2017
Jeanne,

Our condolences to you and your family. You will be in our prayers.

Mike & Kathy Bell
Mike & Kathy Bell
March 22, 2017
Just heard. So saddened to learn of the passing of this wonderful man, so bright and caring. I will always be grateful to him for his help and support in a difficult time for me. David was wonderful at helping keep perspective in trying times.

The smartest decision David ever made was choosing Jeanne as his life partner. I think those were David's words. When we were holed up in the hotel in New York he would talk about how proud he was of his kids and Jeanne and how he looked forward to spending more time with them. I'm glad he got that chance.

David, thank you for all you did for so many.
Jeanne, my condolences and best regards.
Patrick Butler
March 22, 2017
God bless, David. Our family misses you terribly already. You were a wonderful mentor, an incredible leader, and you enriched my life just by being in it. I'll see you again, my friend.
Shane Quigley
March 14, 2017
My sympathy goes out to the family during your time of grief. May God's loving kindness comfort you and help you through this difficult time. Psalms 119:50,76