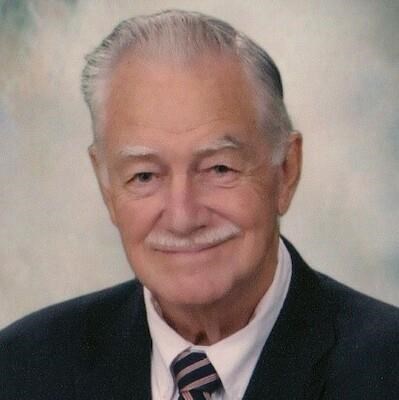 Phoenix - David A. Rolland, 88, of Phoenix, passed away July 29, 2020 in Mesa, Arizona. He was born in Emporia, Kansas, on June 4, 1932, and raised in Independence, Kansas. In the early 1950s he moved with his parents to Arizona. After graduating from Tolleson High School, David began work as a clerk for the U.S. State Department in Washington, D.C. He became a U.S. Air Force information specialist, and met his future wife, Ellen, a local base switchboard operator. David became Catholic and Ellen and David married in 1956. Upon his discharge David moved back to Phoenix, settling in nearby Scottsdale. He was a copy writer with the early KTAR-TV (today KPNX-TV), was as advertising representative with the Scottsdale Daily Progress and was newspaper and entertainment coordinator for the Salt River Project Employees Recreation Association. Self-employed in later years, he often joined with partners for larger projects such as the promotion of affordable housing on the Navajo Indian Reservation near Window Rock, Arizona.

Visitation is 4:00 to 7:00 p.m. Thursday, August 6, 2020 with liturgy and reflections at 6:00 p.m., at Whitney & Murphy Funeral Home, 4800 E. Indian School Road, Phoenix. Chapel capacity is 50. Funeral Mass will be celebrated at 10:30 a.m. Friday, August 7, 2020 at St. Theresa Catholic Church, 5045 E. Thomas Road, Phoenix. Church capacity is 150. In lieu of flowers, contributions are suggested to the building fund at St. Thomas Aquinas Catholic Newman Center at the University of Nevada, Las Vegas, at https://unlvnewman.com/volunteerdonate. Condolences and Hugs from Home may be expressed at www.whitneymurphyfuneralhome.com