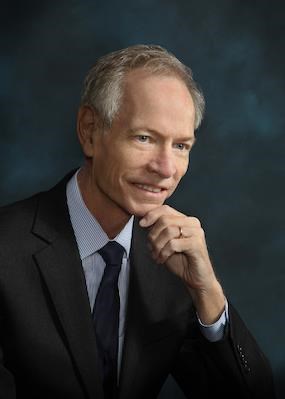 Phoenix - Loving husband, father, grandfather, and brother, Donald L. Gaffney, age 68, died peacefully in his sleep on Thursday, September 3, 2020 at this home in Phoenix, Arizona after a multi-year battle with cancer. Don was born to Leroy and Myriam Gaffney on July 7, 1952, in Dallas, Texas. He is a graduate of Justin F. Kimball High School in Dallas (1970), Austin College (1974), and The University of Texas at Austin School of Law (1977).

Don and Debby were married in 1974 in Dallas, Texas. After graduating from law school, and against the advice of future Chief Justice of the United States Supreme Court, William Rehnquist, Don moved to Phoenix to begin his long and illustrious legal practice. Don joined Snell & Wilmer L.L.P. in 1989, where he was to be the leader of the firm's Bankruptcy Group for over 25 years. His legal practice spanned over four decades and included many of the largest and most complex bankruptcy and fraud cases in the history of Arizona and the West.

In addition to his success in the courtroom, Don was also recognized for his many pro bono contributions to the Phoenix community including Brophy College Preparatory and The Phoenix Symphony. In 2018, Don was presented the State Bar of Arizona Bankruptcy Section Pro Bono Superhero Award.

Don is survived by his amazing wife, Debby, three successful and tremendous children and their spouses, Brian and Abby Gaffney, Colin Gaffney, and Caitlin and Ryan Caval, six beautiful and talented grandchildren who were his pride and joy, Molly, Mason, Nolan, Tobin, Colton, and Cora, his sister Elaine, and his nieces Stephanie Cason and Laura Checki.

The Gaffney Family will be holding a private ceremony, but is planning a Celebration of Life in the Spring of 2021. In lieu of flowers, donations may be made in Don's name to The Phoenix Symphony.


Published by The Arizona Republic from Sep. 10 to Sep. 11, 2020.
To plant trees in memory, please visit the Sympathy Store.
MEMORIAL EVENTS
To offer your sympathy during this difficult time, you can now have memorial trees planted in a National Forest in memory of your loved one.
MAKE A DONATION
MEMORIES & CONDOLENCES
10 Entries
Debbie, I am so very sorry to hear about Don's death. I can only imagine how difficult this must be for you and the kids. Don was a great guy and I enjoyed our debates in high school and knowing him in college. May his memory be a blessing to you and your family.
Viccy Carlson Kemp
Friend
October 19, 2020
I knew both Don and Debby while attending Austin College. Exceptional people. Quite saddened to learn of Don's passing, yet what a legacy he leaves. May he rest in eternal peace.
BURTON COMBES
Classmate
October 17, 2020
Debby, I am so very sorry to learn of your loss. Don was so important to our Austin College Class of 1974 back then & has been so important to the AC Alumni Community at-large in the years since. We have loved you both and will miss him terribly. May God comfort and keep you and your family in the days and weeks to come.
Carol Wiley Toll
Classmate
October 16, 2020
Don and I partnered for a cross-ex debate tournament in 1970. He was a senior, I was a junior. Don was quick on his feet and what I learned watching his technique helped me tremendously during my senior year of debate.
Max Raymond
Classmate
September 25, 2020
Please accept my condolences for the loss of a father, husband, grandfather, leader, mentor and friend. Don was a very bright and skilled attorney who represented his clients with passion. He was a leader in the bankruptcy community. He will be missed by not just his family, friends, clients and partners but the community at large.
Dean Dinner
Friend
September 24, 2020
Debbie, I'm so saddened to hear of Don's passing at such an early age. Don was such a kind, smart student, always had a smile & a great insight in every conversation & every class. His contribution to the legal profession is obvious in his remarkable obituary. I am sorry for your and your children's immeasurable personal loss. I hope to see you at the rescheduled 50th reunion next May. Prayers & love to you, Suzi Ullom Johnson
Suzanne Johnson
Friend
September 14, 2020
Don definitely left a beautiful mark on Arizona! He will be missed... to his family I am so sorry for your loss and will be sending you comfort and light every time I think of you!! Thank you for sharing your husband and dad with my girls and I we are grateful to have gotten to know him!
Lisa Hummel
Friend
September 11, 2020
So sorry for your loss of such a tremendous person . Our family loved all the Gaffney's ! God bless all of you.
Susan Keener
Friend
September 10, 2020
We were children together, knowing each other through his cousin, Donna Gaffney Libby and through Oak Cliff Presbyterian Church. I always admired his parents. Because he was younger, I only remember him as the “ little pest” who was very cute, but independent. I was not surprised that he did well in life. Prayers for all the family.
Mary Beth Benham McLemore
September 10, 2020
Sorry for your loss. May the souls of the faithful departed Rest In Peace and light perpetual shine upon them.
Dub and Kathy Breedlove
Dub Breedlove
Family
September 10, 2020
Showing 1 - 10 of 10 results