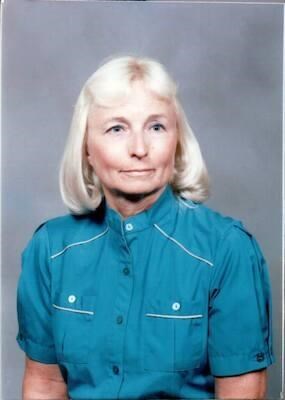 On 2 January 2020, Dorothea "Tootie" Zimmerman left this world, leaving it a less exciting and colorful place to be. She was born in Louisville, Nebraska, on a hot August night in 1937. She lived for 83 magnificent years. She grew up in St. Louis, Missouri, but after graduating from Kirkwood High School in 1955, she decided to get on a train and travel to Tucson, Arizona, to attend the UofA. She drove the train herself and fought off several train robbery attempts on the way. She graduated in 1959 with a Bachelor of Fine Arts degree and later moved to Tempe and got a Master of Art Education at ASU in 1973. Even though she went to both UofA and ASU, she always supported the Wild Cats against those horrible Frank Kush ASU football mutants. Tootie loved Arizona and lived most of her life in Tempe, and although she did not found the city, she made it a much better place to live. As a long-time art teacher at various Phoenix schools, including Manzanita Elementary, Cholla Elementary, Royal Palms Junior High, and Valley Lutheran High, she taught generations of valley children how to draw and paint. She undoubtedly influenced every painting, mural, or spray-painted graffiti produced in Phoenix in the past 40 years. She was an avid camper and hiker. She walked every square inch of Arizona and named most of the places in it. She rode a donkey down into the Grand Canyon one time, but it went lame, so she carried it back up. She went rafting down the Colorado River using only an inner tube and a beer koozie as floatation devices. She was an avid Diamondbacks fan and personally inspired Randy Johnson to greatness during the 2001 World Series. She was proud of her German heritage and may have been responsible for knocking the wall down in Berlin. She ran into Chuck Norris once and knocked him down too. She was a great talker and would strike up a conversation with anyone about anything at any time. She could talk the ears off a brass donkey and often did. If you ever see an earless brass donkey, you know that Tootie had been there. She loved cats and maintained a cat sanctuary on her property way before the Tiger King made it cool. She was a tough, fascinating, eccentric, generous, and wonderful woman who enriched many lives with her unique life approach. A small memorial service will be held for her at Christ Church Lutheran in Phoenix on 23 January at 11 AM. Due to COVID, it will be by invitation only, but it will be broadcast on Zoom and Facebook for those who can't attend. Those who knew Tootie are certain to have a memorable story and are encouraged to post their remembrances on her FaceBook page at https://www.facebook.com/tootie.zimmerman.1. You may also donate to the Fearless Kitty Rescue at https://www.facebook.com/fearlesskittyrescue instead of buying flowers. She liked flowers, but she liked kitties more.


Published by The Arizona Republic from Jan. 12 to Jan. 17, 2021.
To plant trees in memory, please visit the Sympathy Store.
MEMORIAL EVENTS
Jan
23
Memorial service
11:00a.m.
Christ Church Lutheran
Phoenix, AZ
Funeral services provided by:
Hatfield Funeral Home
MAKE A DONATION
MEMORIES & CONDOLENCES
Sponsored by Hatfield Funeral Home.
4 Entries
Dearest Oma Tootie! Thanks for your live and hospitility all the times we‘ve stayed in your House in Alameda Drive - once Even With the Whole Geographic Excursion of a class of Students of the University of Regensburg! We‘re still laughing about our Sangria Massacre and the Mean trout That caused your injured ancle! Andreas&Angie Schreib from your fatherland“
Angie Schreib
Friend
January 23, 2021
We will miss you, Tootie! I'll always think of you when I think of luminarias and Ladmo bags, and remember your fun jackets and ability to pause a story when going to bed and resume it mid-sentence first thing in the morning. I have fun memories of watching Wacky Races at 3am in the morning at your house in Tempe, and will always enjoy your original paintings hanging up all around my house. RIP lady! x
Stephanie Cunningham
Grandchild
January 23, 2021
Such a wonderful obituary, sending love and light and a few tokens to the kitties.
Lorri O
January 21, 2021 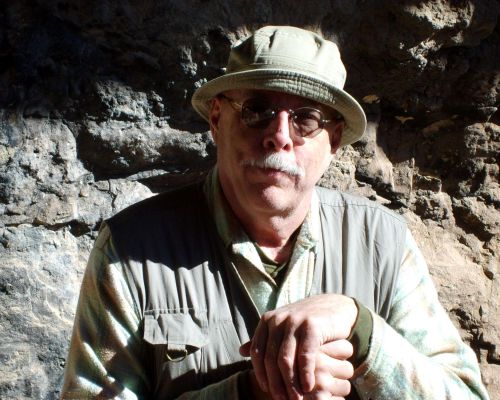 Tootie, I am deeply saddened by hearing of your passing! You and Jim Davis and Chuck Edwards definitely had some great hikes and backpack trips together way back then! May You Forever Rest In Peace! If ya run into Chuck up "there" - -Tell Him I'll Be Along Soon To Plan Our Next Sojourn! I always admired the heck out of your abilities in the wilds!
Jim Curtis
Jim Curtis
January 17, 2021
Showing 1 - 4 of 4 results