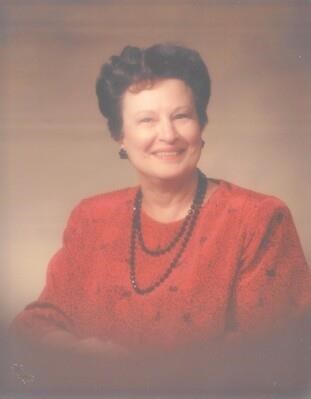 Peoria - Dorothy A. Gutierrez resident of Peoria AZ and formerly of Woodridge Illinois, passed away on July 11, 2021, after a long battle with metastatic breast cancer at age 92. She was preceded in death by her father and mother, Peter and Agnes Tenkash and her brother Donald Tenkash. She is survived by her children, Marie Vogel, Peter (Kim) Gutierrez, Jean (Michael) Powers, and Lucille (Anthony) Trotman, eleven grandchildren, eight great grandchildren and numerous nieces and nephews. She was blessed to have two sets of twins for her great grandchildren.

Dorothy was a proud graduate of DePaul University in Chicago, IL where she received a BS in Biology. She worked in the medical field for many years as an Office Manager in the Chicago area. She was active in her church and served as the secretary to the Rector as well as teaching Sunday School for many years. She retired to Arizona to enjoy the beautiful weather and immense sunshine. Dorothy was immensely proud of her family, talking about them whenever she could and leaves behind nothing but beautiful memories. Despite her large family, Dorothy always made time for everyone. She constantly provided support and love for her family. It would be wrong to say that Dorothy lost her battle because she never stopped fighting. No matter how sick she was, she was always determined.

Funeral Mass will be held on Saturday, July 24, 2021 at 10 a.m. at St Christopher's Episcopal Church in Sun City AZ. The burial will take place on July 30, 2021 at 10 a.m. at the Queen of Heaven Catholic Cemetery in Hillside, IL. The family insists that people make donations in support of breast cancer research or St. Jude Children's Research Hospital in the name of Dorothy A. Gutierrez in lieu of sending flowers. Condolences may be shared at www.menkefuneralhome.com