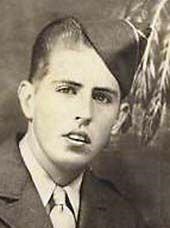 BORN
1923
DIED
2017
FUNERAL HOME
Lakeshore Mortuary
1815 South Dobson Road
Mesa, AZ
Yasinski, Frank Michael
Frank Michael Yasinski, age 93, passed away peacefully in his sleep on January 20, 2017 after a brief illness. His loving wife of many years, Anna Jane, preceded him in death. Frank was born on December 3, 1923 in Stottville, New York to Mary and Walter Yasinski who were Polish immigrants. He was the sixth of seven children. During World War II Frank enlisted in the Third U.S. Army, 35th Infantry Division, 60th Combat Engineers. He was very proud to have served under General George S. Patton from February 1943 to November 1945. Private First Class Yasinski was stationed throughout Normandy, Northern France, and Rhineland. He did engineering work to maintain roads and bridges, cleared land mines, and supported front line troops. On August 8, 1944 in Northern France Frank's squad was repairing a road when they were captured by Nazis who had broken through the American lines. After almost a month long journey by truck and train, confined with little food or water, he arrived at the Stalag 3C Prisoner of War Camp near Berlin, Germany. Toward the end of WWII in Europe, Stalag 3C was liberated by Russian soldiers. Frank struggled for weeks across war-torn Germany until finally reaching the Port of Odessa on the Black Sea. There, a British ship took him to Naples, Italy where he was reunited with American troops and hospitalized. After over a year without any news, his family was finally notified that Frank had survived his captivity. For his service, Private First Class Frank Yasinski was awarded the POW Medal; 3 Bronze Stars; WW II Victory Medal; Good Conduct Medal; and the Europe-Africa-Middle East Campaign Medal. After the war, Frank took advantage of the GI Bill to attend Syracuse University in New York State. He graduated with a Master's Degree in Entomology and was hired by the U.S. Forrest Service. Frank worked his whole life as a forester, protecting and rehabilitating damaged forests throughout Georgia, Colorado, New Mexico, and Northern Texas. After retiring, he moved from Marietta, Georgia to Mesa, Arizona to be closer to family. In September 2016 Private First Class Frank Yasinski, along with other WWII veterans, was honored at a special ceremony commemorating the 75th anniversary of WWII held at the Gilbert Town Hall Civic Center. As part of this tribute, Frank recounted his wartime experiences as a soldier and POW. His interview was recorded and will be part of the living history exhibit at the Welcome Home Veterans Park being built in Gilbert, AZ and scheduled to open on Veterans Day in 2017. Frank Yasinski is survived by his younger brother, Edward, in New York, and his daughters Janet Nicklas and Kellie Yasinski, in Arizona, and Leslie Dukes, in Georgia. His grandchildren include Toni Keberlein, Tanya Hunt, and Jahmal Graves in Arizona, and eleven great-grand children. Frank's life will be celebrated by family and friends at a visitation held at the Lakeshore Mortuary, 1815 South Dobson Road, Mesa, AZ 85202 on January 25, 2017 from 6:00 to 8:00 in the evening. Private First Class Frank Yasinski, Third U.S. Army, 35th Infantry Division, 60th Combat Engineers under General George S. Patton, will be buried with full military honors at the National Memorial Cemetery of Arizona, 23029 North Cave Creek Road, Phoenix, AZ 85024 on January 26, 2017 at 12:30 in the afternoon.

Published by The Arizona Republic on Jan. 24, 2017.
To plant trees in memory, please visit the Sympathy Store.
MEMORIAL EVENTS
Jan
25
Visitation
6:00p.m. - 8:00p.m.
Lakeshore Mortuary
1815 South Dobson Road, Mesa, AZ
Funeral services provided by:
Lakeshore Mortuary
MAKE A DONATION
MEMORIES & CONDOLENCES
Sponsored by Lakeshore Mortuary.
4 Entries
It was a pleasure to visit with my Uncle Yank and Kelly in October of 2012. His humor, positive outlook and love of family were all intact. I always looked forward to his visits with us in Hudson, NY, and enjoyed watching my mom, his sister Geneva, revel in he and his brothers John and Edward interacting and sharing stories. He leaves a rich legacy and positive impact on those who were fortunate enough to know him. Rest in peace Uncle Yank.
Michele Pierro
Family
May 16, 2017
My childhood memories of Uncle Yank when he visited our family were of a kind and knowledgeable man, a serial coffee drinker, and someone with a great smile and sense of humor. He took such great care of Kelly, and will be sorely missed. His brother Ed will also miss his calls with Frank, and we hope that he is with family and friends now - peace Uncle Frank.
Lou Pierro
Family
May 15, 2017
Frank will forever be one of the most wonderful men I have ever had the pleasure of knowing. I worked as a to-go specialist at Olive Garden, & he would often come in to pick up food to take home for he & his daughter. His visits were about once a week, and throughout those visits of him simply picking up dinner.. I came to realize quite quickly of how remarkable he was. Not once did he ever fail to put a smile on my face. I will always miss his hugs, his stories, and the inevitable laughter that he gave myself and others. -Mandy
Mandy Hays
January 25, 2017
Our thoughts and prayers are with you. Frank was a wonderful man and will be missed. His service to our country in times of war and peace are much appreciated.
Thomas Aldous
January 24, 2017
Showing 1 - 4 of 4 results