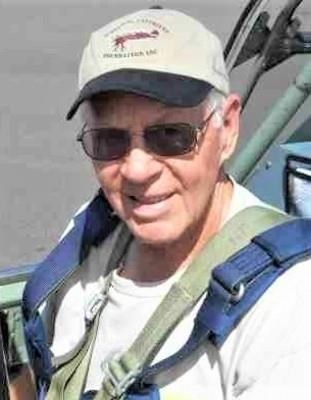 Mesa - Dick Jones age 79, of Mesa, Arizona, passed away on June 13, 2018 after a long and courageous battle with pancreatic cancer. He was born March 20, 1939 in Arapahoe County, CO. He was the son of Glen and Mary Jones, spent his youth in Aurora, CO, and a 1957 graduate of Cathedral High School. During and after high school, he worked as an automobile mechanic. In 1959, after moving to California, he continued his automotive career. While living in the LA area, he met and courted Shari Titel. They married in July of 1962 and remained in California until 1970 when they moved to Centennial, CO. Shari was Dick's soul mate and the absolute love of his life. Together, they raised three (3) children: Glenn Patrick Jones (Theresa) of Aurora, CO, Michael Scott Jones (Diana) of Meeker, CO, and Kathleen Marie Haakenson (Craig) of Centennial, CO. In 2014, after enjoying many seasons of being "snow birds", Dick and Shari made the decision to become full-time residents of Mesa, Arizona. Dick was a Navy veteran, serving three (3) years as a jet aircraft mechanic at USNAS, Los Alamitos in California. He was the owner and operator of E & J Auto for twenty seven (27) years in Aurora, CO, repairing and maintaining all makes and models of automobiles. He retired from the business in 2004. The business continues today under the ownership of son Patrick. Dick was passionate about all things related to aviation. His flying career lasted well over 53 years. He was an instrument rated commercial pilot, flight instructor, held ratings for single/multi-engine aircraft, type rated in the North American B-25 bomber, an accomplished aerobatic / formation pilot and instructor, and aircraft owner. His pride and joy was his award winning North American AT-6G "Spanish Lady" that he flew in air shows and events for over 23 years. His reputation for mentoring pilots to safely fly and perform aerobatics in "tail wheel" aircraft was legendary. He was Vice President and a B-25 pilot for Warbirds Unlimited Foundation Inc. His association with the Foundation began in 2007 when his AT -6G was sold. With Shari, he was responsible for promoting the goals of the Foundation and for the success of its B-25 ride programs in Arizona and Colorado. He was Chief Pilot and Instructor for the Foundation's Stearman and AT-6 flight program in Arizona. He often mentioned that the two highlights of his aviation career were the years spent flying the B-25 and being able to fly a North American P-51 fighter. He was a QB for many years, long term member of AOPA and NATA, along with being a founding member and President of the Air Power West pilot association at Centennial Airport, CO. Dick, due his mechanical abilities, helped restore a number of vintage aircraft over the course of his aviation career. As a testimonial to his many years and accomplishments in aviation, he was awarded the coveted "Wright Brothers Master Pilot Award" by the FAA in March of 2016 at a ceremony in Centennial Colorado. He often said, if blessed with perfect vision, he would have been a fighter pilot in the military. Dick's work ethic and attention to detail was second to none.

If there was a job to be done, it was done right. In 2017/2018 he did a complete ground up restoration, back to original condition, of a 1955 Triumph T110 motorcycle that was sold as "featured" at a recent auction in Las Vegas. He is survived by Shari, his wife of 55 years, his brother John Hugh who resides in Ramona, CA, and was preceded in death by sisters Dalores Ann, and Mary Ethel. He is survived by five (5) grandchildren: Christopher, Samantha, Jessica, Paige, and Michaela, and two great-grandchildren: Riley and Jude. Dick will be remembered for always being a gentleman, proud, meticulous, loyal, and never shy about expressing his thoughts and opinions. His " gotta getter done" mindset was an inspiration to everyone around him. A gathering to celebrate Dick's life is in the planning stages and will be announced in the near future. The family would like to express its gratitude to Banner MD Anderson Cancer Hospital and especially to Dr. Kundranda and his caring staff. In lieu of flowers, donations may be made in Dick's memory to Warbirds Unlimited Foundation Inc. or to a charitable organization of your choice. 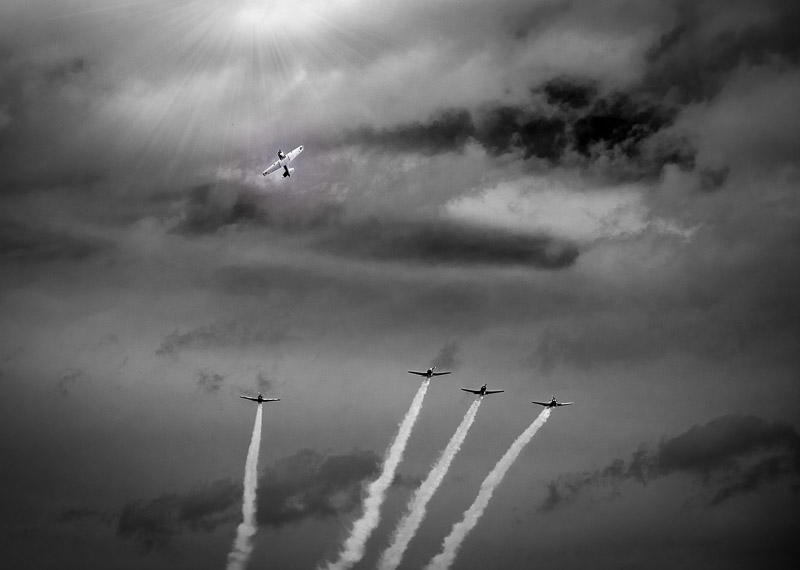 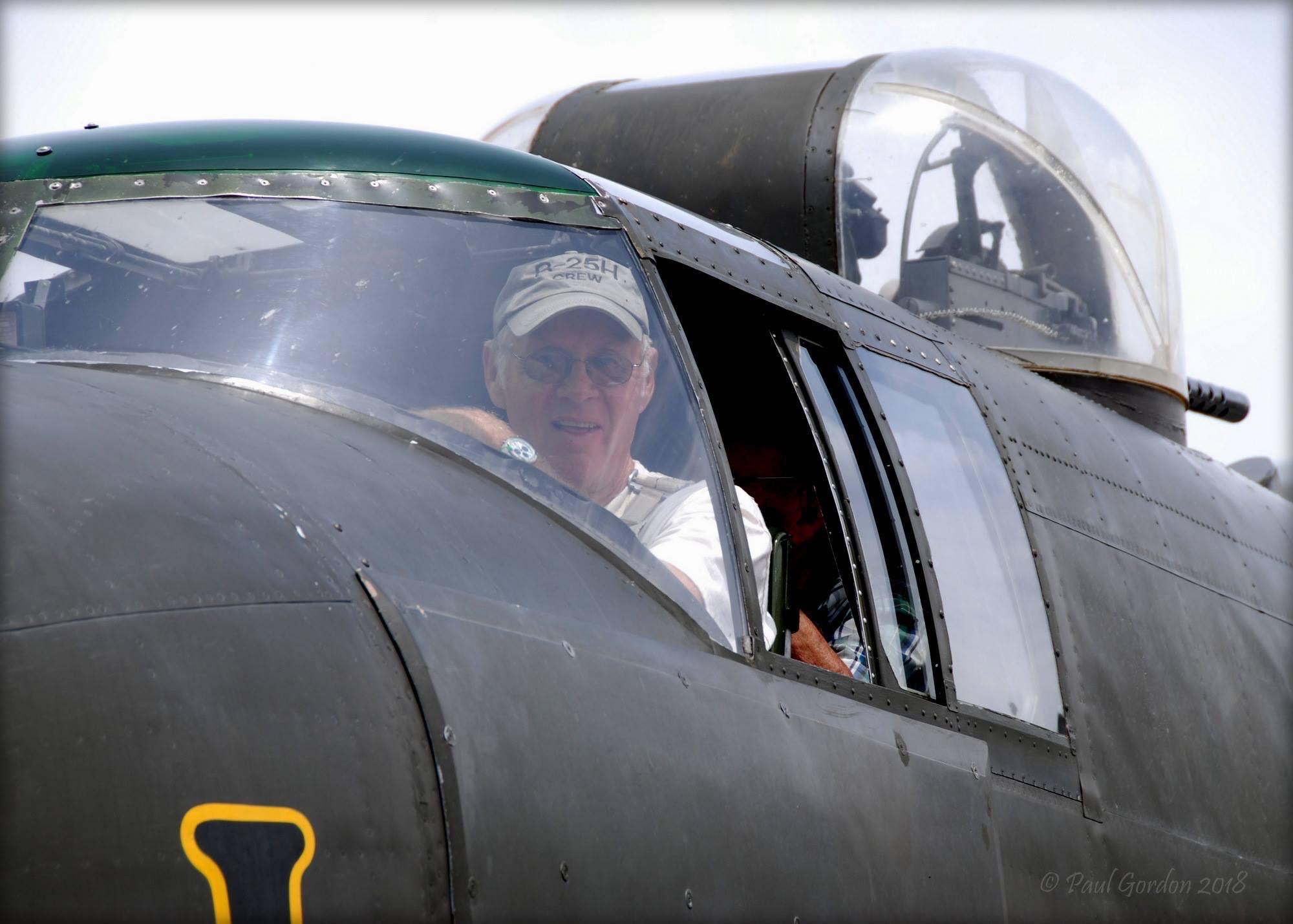 Dick and the B-25H Barbie III, Centennial Airport, CO, 2009. He was a superior pilot and a pleasure to fly with. We met Summer 1987 and participated in many aviation events over the years..... many stories abound! RIP Dick! Photo courtesy of Paul Gordon, Centennial, CO.
Lance Barber
Friend
June 29, 2018
Please accept my dearest and heartfelt sympathy; I am so sorry for your loss. May the God who "binds up the brokenhearted" and "comforts all who mourn" sustain your family during this challenging time. Isaiah 61:1, 2
RK
June 29, 2018
Showing 1 - 5 of 5 results