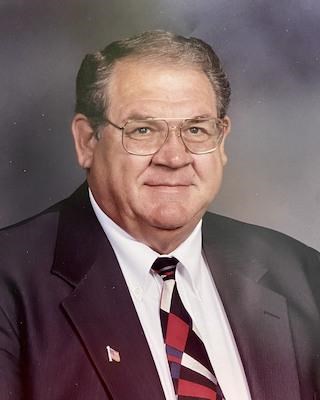 Mesa - James "Jim" Dudley, 78, of Mesa, Arizona, passed away at home surrounded by family on July 3rd from natural causes.

Jim was born to the late Lela and James Dudley, the third of six children, in Warrensburg, Missouri on October 22, 1942. Immersed in the Christian community from a young age, Jim was ordained to the gospel ministry in June 1973. He graduated from Southwest Baptist College in June 1978 and earned his Master's in Theology from Covington Theological Seminary in August 2002.

The joy of Jim's life was always family. On August 11, 1961 he married Lavina Whiteman with whom he raised two sons, Mark and Scott. Scott married Theresa Gonzagowski on July 2, 1983 and they had one daughter, Charissa, and two sons, Brandon and Andrew. In addition, Scott and Theresa were blessed with three more additions to the family: Brittany and Brianna Alexander and Christopher Freed. Christopher married Vilma Jaku on May 25, 2017.

On February 2, 2014 Jim's granddaughter, Charissa, married Garrett Smith. Jim doted on children, and he was overjoyed when they added four great-grandchildren to the family: Charlotte, Asher, Nora, and Evalynn.

Jim was predeceased by his parents and brothers, Kenneth Hutsell and Blackie Dudley. He is survived by his two sisters and brother: Nancy Sevins, Dr. Kitty Brant, and Bruce Thompson.

Published by The Arizona Republic from Jul. 6 to Jul. 8, 2021.
To plant trees in memory, please visit our Sympathy Store.
MEMORIAL EVENTS
To offer your sympathy during this difficult time, you can now have memorial trees planted in a National Forest in memory of your loved one.
MAKE A DONATION
Please consider a donation as requested by the family.
MEMORIES & CONDOLENCES
3 Entries
Brother Jim lead Ron to Christ, we were blessed to have him married Kelly and I, and our sincere condolences to his family. We love you all.
Ron and Kelly Carleton
Friend
July 13, 2021
So sorry for your loss. Jim was the pastor that married us almost 43 years ago. We know he will be greatly missed. Prayers to Lavina and the rest of the family.
Marvin & Karen Stark Coleman
July 9, 2021
So sorry to hear of Jim's passing. I used to live across the street from Jim and Lavina on Medina and they were always smiling, warm and quick with a greeting.
Jim Mack
Other
July 7, 2021
Showing 1 - 3 of 3 results