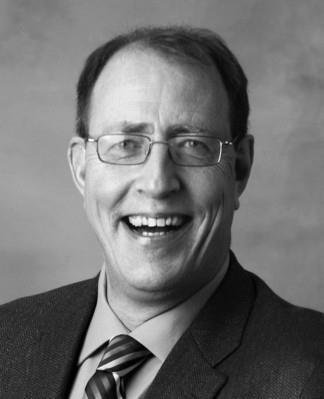 Born in McCook, Nebraska, on July 14, 1954, with cerebral palsy, Jerry never let disability define him. He met challenges, both small and large, with acceptance, a "can-do" spirit and a cheerful smile.

Jerry and his sisters, Janet, Judy and Debra, spent their childhood in small towns in Nebraska. The family later moved to Colorado, where Jerry graduated from Pueblo South High School and attended Western State College, earning a degree in Business Administration. He lived in West Virginia, Ohio and New Jersey before moving to Arizona in 1996.

After working briefly for the U.S. Treasury Department, Jerry embraced a full-time career as an inspirational speaker and writer. He traveled to all 50 states, speaking in 49 of them. Speaking engagements also took him to Canada, Mexico, Germany, England, Sweden and the Czech Republic. His book, LiveCAREfully: The Importance of Caring in a Life of Significance, was first published in 2005 and reprinted several times.

His life was testimony to the same natural optimism, determination and persistence he invoked during his 1985 Trail of New Beginnings transcontinental run. Starting at the Pacific Ocean, he ran for seven-plus months, averaging 18 miles a day and logging 3,528 miles on crutches. En route, he raised funds for community projects.

Jerry inspired people of all ages and abilities. He planned his route to go through his hometown in honor of his parents, and through Lincoln, Nebraska, where he thanked the doctor who had helped him through many surgeries at the children's Orthopedic Hospital. Even as a child, Jerry's smile offered cheer to fellow patients enduring long months of treatment, recovery and rehabilitation.

He credited his success to those in his life - including his parents - who didn't see crutches when they looked at him; instead, they saw a unique individual with potential. As a young man, Jerry enjoyed golfing, snow skiing and bowling.

Jerry first began to challenge himself athletically in college dance marathons, then a modest 6K run, and finally, the Denver Marathon, his first. He and his crutches would go on to run 35 full-length marathons, including the New York City Marathon. He participated three times in the ascent portion of the Pike's Peak Marathon, summiting the 14,115-foot peak.

These athletic feats were covered widely by AP, UPI, and sports publications such as Runner's World. He was featured on Paul Harvey's The Rest of the Story, on the Larry King Radio Show and in the book, The American Character, by Dr. Norman Vincent Peale, who deemed Jerry "a motivational do-er."

Despite such acclaim, Jerry ultimately placed little emphasis on his physical accomplishments. His mission was to offer encouragement and to lift the spirits of others. He viewed his greatest accomplishment as validating others, whether a fellow hospital patient or a homeless person sharing a park bench.

Jerry spoke to over a million people in more than 4,000 audiences, including corporations, schools, community and religious organizations, sports teams and youth groups. His message was not about overcoming cerebral palsy, but about harnessing our individual gifts to live lives of purpose, service and love.

His own special gifts reached perhaps their highest fulfillment with his most consistent and beloved audience, Rotary Youth Leadership Awards (RYLA) participants throughout the country. Many returned the affection by staying in touch over the years, expressing deep appreciation for his warmth and encouragement.

Jerry is survived by his daughter, Sarah Traylor, the light of his life. Sarah, 23, graduated in May with a master's degree in Public Health, with a specialization in Global Health, from Washington University in St. Louis. Following in the caring footsteps of her father, she intends to do pro-bono work in developing countries.

He is also survived by sisters Janet Traylor (Bill), Judy Antonioni (Byron) and Debra Traylor; a niece, Karla Antonioni Thielbar and a nephew, Ryan Antonioni, and their children; and beloved family and friends around the world. His parents, Tom Traylor and Marilyn (Wagner) Traylor and his brother-in-law, Bill Dunphy, preceded him in death.

Jerry cared little for possessions and greatly for people. His spirit will live on in those with whom he shared his caring heart, his irrepressible optimism and his radiant joy in life.

A celebration of life will be held Saturday, July 14 at 10:00 a.m. at Shepherd of the Hills Church, 16150 E. El Lago Blvd., Fountain Hills, AZ 85268. Please consider a donation in Jerry's memory to: Rotary District 5390 Foundation, P.O. Box 1091, Billings, MT 59103. Proceeds will help to establish a memorial garden, starting by planting a tree and placing a plaque in Jerry's memory at the camp where he touched the lives of young people every summer for many years.


Published by The Arizona Republic on Jun. 17, 2018.
To plant trees in memory, please visit the Sympathy Store.
MEMORIAL EVENTS
Jul
14
Celebration of Life
10:00a.m.
Shepherd of the Hills Church
16150 E. El Lago Blvd., Fountain Hills, AZ
MAKE A DONATION
MEMORIES & CONDOLENCES
7 Entries
What a wonderful man and inspiration.
I meet him several years ago and heard him speak a couple times. What an inspiration he was to many.
Nancy Cassel
September 1, 2018
Charles Cotten
June 18, 2018
While I didn't know Jerry, my mom - Barbara Magda - was best friends with his mother Marilyn. Thoughts and prayers to your family
Carol Reinert
June 17, 2018
I'm so sorry to hear this. Rest In Peace, Jerry. And comfort to his family.

Leslie
Leslie
June 17, 2018
Janet, and family. Your bother was an amazing human being who certainly left the world a better place. May you take this peace in your sorrow.
Dorothy Bentzin
June 17, 2018
Laura Johnson
June 17, 2018
Jerry taught valuable lessons to those who took time to watch and listen. What a guy! What a life! The world needs more of his kindness.