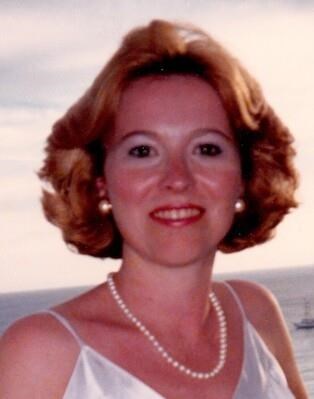 Joan was born November 25th, 1953 in Seymour, Indiana to parents Thomas W. Conner and Harriet W. Conner. She graduated from Seymour High School in 1972. Joan then attended Purdue University where she was a member of Pi Beta Phi Sorority. She graduated with a B.S. in Industrial Administration, Krannert School of Management in 1976. She excelled while at Purdue, being a member of Mortar Board, and the Order of the Iron Key. She was named one of the Most Outstanding Seniors of the class.

After graduation, Joan joined Eastman Kodak Company working at the company headquarters in Rochester, NY. Soon after she was transferred to Los Angeles. While working at Kodak, she met the love of her life, William "Bill" Bald. After several years together, they were married November 30th , 1985 in Seymour. They lived in Newport Beach, CA until Bill accepted the Far East sales territory for Kodak, and they moved to Honolulu, Hawaii. Through Bills work, they traveled to many locations including South Korea, Guam, Hong Kong, and Japan. They also enjoyed vacations to Europe, Mexico, Alaska, Canada, and the Mediterranean. They spent ten years in the Hawaii, before retiring and moving to Scottsdale, AZ in 1991. Joan left Kodak shortly after her marriage and founded her own accounting firm, working as independent contractor for companies in L.A. and Hawaii. After moving to Scottsdale, she was active in many organizations including Gainey Ranch Association, Pi Beta Phi Alumni Club, and Lymphoma Research Foundation. Joan was a life-long Purdue Boilermaker sports fan. She also enjoyed golf and was a founding member of the women's Gainey Ranch Niners.

Joan is preceded in death by her parents and her husband. She is survived by sister Patricia Conner of Columbus, IN; brother Tom Conner of Fishers, IN; niece Kara Gill Sheads, nephews Tyler Gill and Jonathan Gill, and two grandnephews William Sheads and Cooper Gill.

There will be a memorial visitation on Thursday, July 22nd, from 4pm-6pm at Messinger Mortuary, 7601 E. Indian School Road, Scottsdale, AZ. No flowers requested. A private urn burial will be at Riverview Cemetery in Seymour, Indiana.

Memorials can be made to:

Please note on check: in Memory of Joan Conner Bald