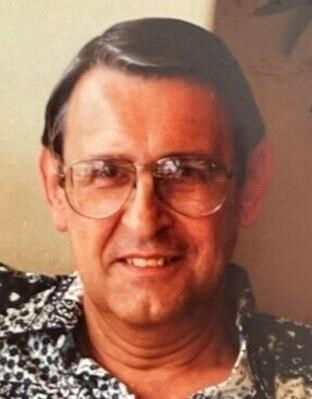 Mesa - Joseph "Joe" Belliveau, (87) of Mesa Arizona died Saturday May 22nd after suffering complications related to a fall. Joe was born and raised in Lockport, New York, one of eight children. After graduating high school in 1951 he joined the United States Air Force and served tours of duty in Europe, the Western Pacific, and in Southeast Asia during the Vietnam War. Joe earned the Air Force Commendation Medal and the Bronze Star for his work as a missile maintenance analyst in support of the 8th Tactical Fighter Wing. Joe met and married Diana (Di) Stover of Tempe Arizona in 1974 and retired from the Air Force in 1978. He then became a computer programmer, retiring from this in 1988. Joe loved Di and his children, enjoyed his friends, a good bargain, a game of pool, a joke and a really great steak. Joe is survived by brother Hank, children Carol Obrien (Kevin) of California, Michael of Oregon, Maggie Whitson (Todd) of Georgia, three grandsons (Christopher, Nicholas and Mitchell) and 4 great grandchildren. Joe was much loved and will be greatly missed.

A private laying to rest is planned.


To plant trees in memory, please visit our Sympathy Store.
Published by The Arizona Republic from Jun. 16 to Jun. 20, 2021.
MEMORIAL EVENTS
No memorial events are currently scheduled.
To offer your sympathy during this difficult time, you can now have memorial trees planted in a National Forest in memory of your loved one.
MAKE A DONATION
MEMORIES & CONDOLENCES
1 Entry
I am so sorry to hear of your father's passing. I knew he and Diana very well. They were very dear friends He will be greatly missed.
Candy Schepker Gatti
Friend
June 30, 2021
Showing 1 - 1 of 1 results