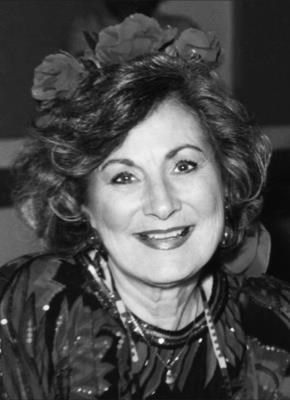 Scottsdale - Libby Halleman passed away peacefully at age 90 on Easter, 2018. Preceded in death by her husband, Richard "Dick" Halleman, she is survived by her daughter, Susan Halleman, son-in-law, Gregg Montante, and granddaughter, Hannah. Born in 1927 to Lester and Winifred Pickard, Libby grew up in Rankin, Illinois. As a child, she developed her many talents studying piano, voice and dance, and after high school graduation, pursued modeling in Chicago and New York. The following year, she was selected as a lyric soprano for the St. Louis Municipal Opera summer season, and entered college as a music major at the University of Illinois. There she met the love of her life, Dick Halleman, also a music major and leader of the Dick Halleman Orchestra. After graduation in 1951, Dick and Libby were married. Libby soon joined the band, and their lifelong partnership of almost 60 years began with engagements in California and the midwest. Daughter Susan was born in 1957. By 1962, the orchestra had become the Dick Halleman Quartet. They were invited to perform in Tucson, Arizona, and then promoted to Del Webb's Mountain Shadows resort in Scottsdale, which was the beginning of an extremely successful 21-year run. For Libby and Dick, one of their high points was when Lawrence Welk was in the audience in 1969, and complimented them to their boss, saying they were the best little dance band he had heard in many years. In the summers, they toured to the Sahara and Mint hotels in Las Vegas, where they performed for celebrities including Jack Benny, George Burns and Johnny Carson, and made appearances in Lake Tahoe, Newport Beach, Jackson Hole, Atlanta and St. Louis. Over the years, Dick and Libby also developed real estate in Scottsdale and Carefree, while still performing at the Royal Palms Resort for eight seasons, and in many other venues in Phoenix. By this time, their clientele had become long-time friends, even joining them on musical cruises to Alaska, the Baltic and Mediterranean. Everywhere they performed, Libby charmed audiences with her glamorous presence, her elegant piano technique and lyrical vocal style. She enjoyed her music and her life, and would always say she loved her work because music is one of the few occupations where making yourself happy makes other people happy, too. She was a member of the Scottsdale Methodist Church, and attended Valley Presbyterian Church. She was a member of Alpha Delta Pi, and the Daughters of the American Revolution. A Celebration of Life Memorial will be held on April 7th, at 2 p.m. in Scottsdale, at Los Olivos Mexican Patio Restaurant. For information, email [email protected] or call 310-977-4007.