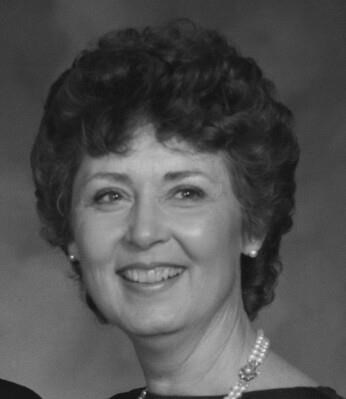 Marian's life began in the Florence Arizona prison - or so her family teased. Her father was employed there, later they moved to Phoenix down the street from North High School. She remembers gathering in Mesa on Sundays, where her mother's sisters laughed and the cousins played. This was certainly where she learned to laugh and tell great tales. Never let the facts get in the way of a good story!

From grade school through college she made many life-long friends. Quite frankly, her circle of dear friends increased her entire life.

She married James Magnusson after the UofA. He joined the Air Force and so her travel adventures began. They lived in multiple states, then Okinawa and everywhere they went they made time for extra excursions.

Marian had two daughters, Marjorie and Laurie. Her family was dearly beloved, but tragedy struck too soon when her fighter pilot was killed in the beginning of the Vietnam War.

She returned to Phoenix for support from family and dear friends. She began teaching again at West High School and in her heart she hoped that she had touched someone somehow for the better. Having heard from people over the years, the family knows that from high school to church classes, she accomplished just that.

Several years later, she met Larry White. He was lots of fun and also a pilot in Vietnam. After his tours, they married and the Air Force again afforded her travel and opportunities to make new friends.

Later, five grandbabies arrived and now a great granddaughter. She loved them all dearly and was fortunate to travel the world with them. Many stories began: "remember the time when we were in…"

In the past decade when tragedy struck again, her friends rallied anew and she learned to laugh again and navigate the world in a wheelchair.

Her circle of love continued to grow as new women entered her life to help her live in her home and face additional physical challenges. Their families became her family too.

Her passing was peaceful and though sad for those left behind, her strong belief that Christ died that she might live again gave her faith that she is now gloriously reunited with her parents, brother, husbands and friends and will no longer be bound to her bed or wheelchair. What a happy day for her!

To plant trees in memory, please visit our Sympathy Store.
Published by The Arizona Republic from Jul. 22 to Jul. 25, 2021.
MEMORIAL EVENTS
Jul
31
Service
10:00a.m.
the Church of Jesus Christ of Latter-Day Saints
8710 N. 3rd Ave, Phoenix, AZ
Funeral services provided by:
Hansen Mortuary Chapel
MAKE A DONATION
MEMORIES & CONDOLENCES
Sponsored by Hansen Mortuary Chapel.
2 Entries
As the days and weeks pass, and as you return to life's routine, may you continue to feel comforted by the love and support of family and friends.
M
July 30, 2021
Wishing perfect peace for a lady who faced adversity head on, with a smile on her face. God give you rest.
Posey Moore Nash
Other
July 24, 2021
Showing 1 - 2 of 2 results