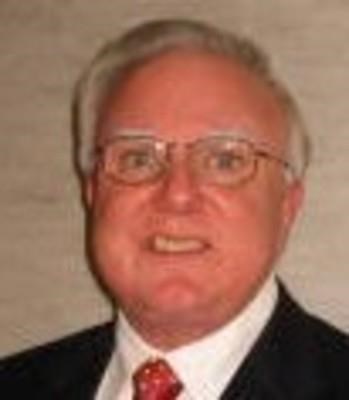 Scottsdale - Martin Louis Bell, a plastic surgeon and medical malpractice attorney, passed away of heart disease on April 25, 2020 in Scottsdale, Arizona. He was 76.

Born in Brookline, Massachusetts, on July 27,1943, Martin spent his youth in the Boston area. He was the son of the late Benjamin Bell, M.D., and Esther Fleishman Bell. He lived in New Orleans for many years and in 1997 made his home in Scottsdale.

Martin loved life, was an avid sailor, accomplished skater and hockey player, enjoyed playing the piano, and was passionate about opera and music.

Martin is survived by his loving wife of 41 years, Linda Herold. "It was a privilege to share his life and so many blissful moments together. He was a loving companion and I will miss him always," she said. In Linda's company, he was a frequent presence at society, cultural and philanthropic events in the Valley. Martin and Linda shared a wide circle of friends and enriched their lives with a love for the arts, traveling the world together to expand their cultural horizons. He is also survived by his son, Noah Bell (Jennifer), Jennifer Bell Renfroe (Wesley), granddaughters Abigail and Mason, grandson Ethan, all of Apex, NC, and his brother Maynard Bell (Jean Schulman) of Phoenix, Arizona.

Memorials have been delayed by the Covid-19 crisis. Donations may be made in Martin's memory to the Phoenix Chapter of the American Heart Association at 2929 S. 48th St, Tempe, AZ 85282.

Published by The Arizona Republic from Apr. 30 to May 3, 2020.
To plant trees in memory, please visit our Sympathy Store.
MEMORIAL EVENTS
To offer your sympathy during this difficult time, you can now have memorial trees planted in a National Forest in memory of your loved one.
MAKE A DONATION
Please consider a donation as requested by the family.
MEMORIES & CONDOLENCES
3 Entries
So much could be said for this amazing friend and impressive individual. His quite manner hid a man of great intellect and keen sense of humor. He will be very missed and long remembered.
Joan Payne
Friend
May 6, 2020
Marty has been a great friend for almost 50 years to my husband, and he made me his friend also. We loved sailing with Marty on board and lovely dinners with him and Linda in Coronado.
Carla Stoddard
Friend
May 5, 2020
May God bless you and your family in this time of sorrow.
May 3, 2020
Showing 1 - 3 of 3 results