FUNERAL HOME
Garden Chapel - Mesa
33 North Centennial Way
Mesa, AZ
Vance, Paul Worlton
95, of Mesa Arizona passed away on Thursday, April 21, 2011. He was born June 17, 1915 in Alpine, Utah to James and Lilly Vance. Paul served in World War II as a captain in the Army Air Corps flying B17s. He taught Vocational Agriculture, Safety Education and Driver Training at Chandler High School for 24 years and was active in his church and community. He loved his family, church and country. He is greatly missed by his wife, Iris, and their seven children: Paul DeWayne (Lanae), Claudia Reed (Bill), Dianne Layton (Robert), Kathleen Lindblom (Coy), James (Debbie), Paula Merkley (Richard), John (Janese), 120 grandchildren and great-grandchildren. Visitation will be Tuesday, April 26 from 6-8 PM at Bunker's Garden Chapel, 33 N. Centennial Way, Mesa. Services will be Wednesday, April 27, 2011 at 11 AM at the Kimball Stake Center, 1266 S. 32nd Street, in Mesa. He will be interred in the Alpine, Utah City Cemetery on Friday, April 29th.

Published by The Arizona Republic on Apr. 26, 2011.
To plant trees in memory, please visit the Sympathy Store.
MEMORIAL EVENTS
To offer your sympathy during this difficult time, you can now have memorial trees planted in a National Forest in memory of your loved one.
Funeral services provided by:
Garden Chapel - Mesa
MAKE A DONATION
MEMORIES & CONDOLENCES
5 Entries
Dear Aunt Iris and Family,
Our thoughts are with you at this time.
Lily and Paul Jacoboson
April 29, 2011
Thanks for all the help and guidence that you gave me.
Wendell Haws Eyring Jr.
Wendell Jr. Eyring
April 27, 2011 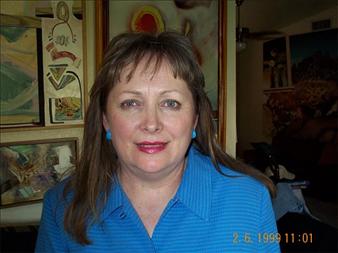 Mr. Paul Vance was my Safety Education teacher at Chandler High School. He taught us first aid, civil defense, the rules of the road, and how to safely brake in traffic. When I was worried in class that I might have a "lazy" eye, he came up to me and checked my eyes, reassuring me that I didn't have to worry. Besides this, he taught my sister Candyce and me how to drive. He took us out in a school car with other students. I remember him saying, "Don't run over him. He has a mother who loves him." He made us conscious, responsible drivers. He even sold my dad, Glen Deatherage, the first car I drove, a Rambler, that I had until I "totaled" it in 1972. He was more concerned for me than the car when he heard I survived the crash. I will always remember and be grateful for the love he had for us high school students. God bless you, Mr. Vance. Donna Deatherage Erno, Class of 1969, Chandler High School, Chandler, AZ
Donna Deatherage Erno
April 26, 2011
My condolences in your time of sorrow. Mr. Vance was a great teacher and friend. He always had a shining smile on his face. May God Bless your family.